The Merry Wives of Windsor is a good time for all

The Montgomery Blair players presented William Shakespeare's "The Merry Wives of Windsor" onstage in the Blair auditorium Friday night. Ladies, knights, fairies and queens frolicked and fooled with each other for the delight of the audience. 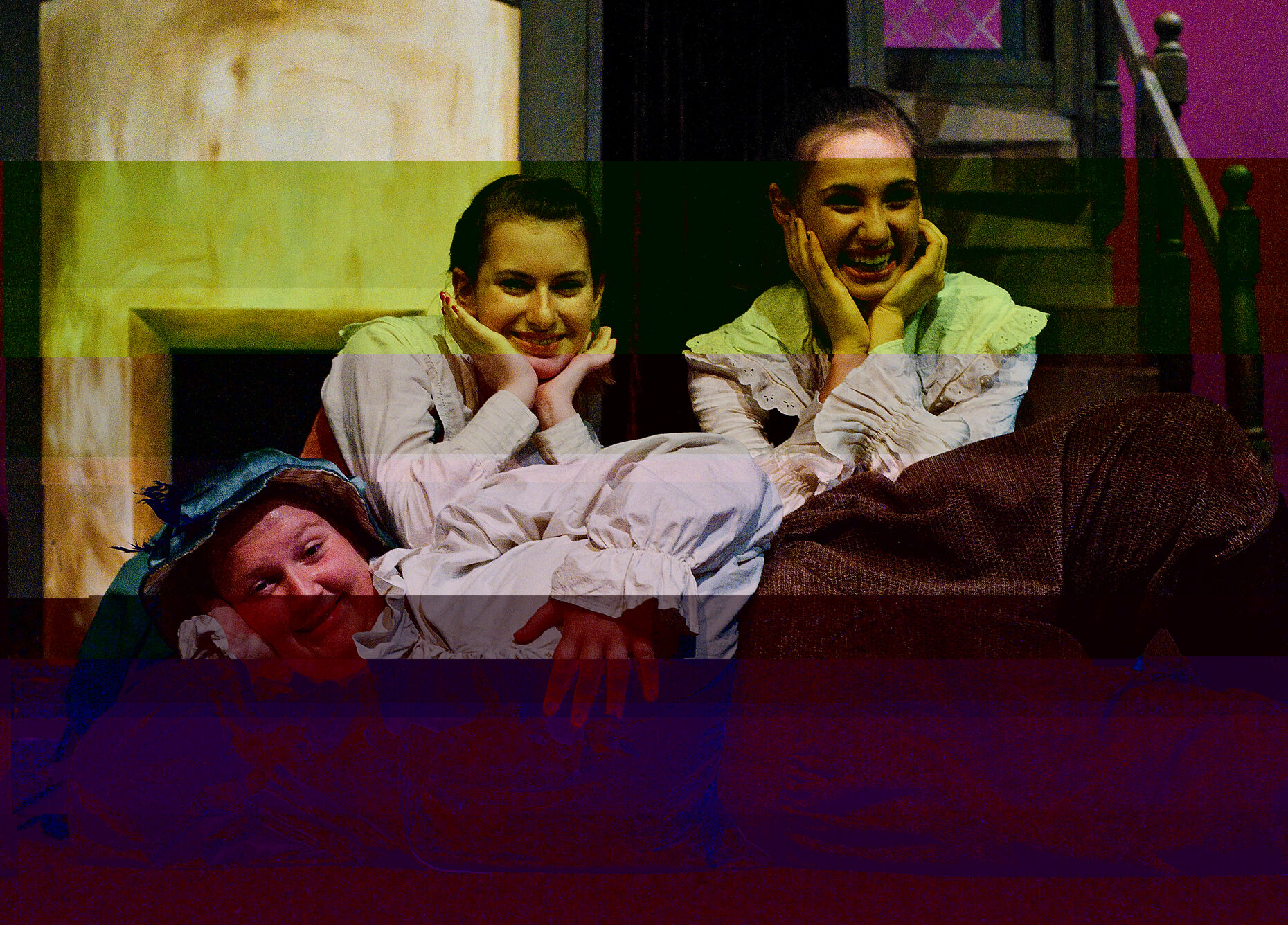 The plays focuses on Sir John Falstaff, a rotund, greedy, yet lovable knight who comes to Windsor arrogant, but broke. In an attempt to find money and love, Falstaff courts two rich noblewomen, Mistress Page and Mistress Ford, hoping to obtain both their hearts and their husbands' wealth. But the mistresses discover Falstaff's plan, and decide to punish him for thinking so highly of himself.

The supporting cast has as much poise as the chief players. Senior Jonathan Guzman plays Abraham Slender, a flamboyant man who wants to marry Anne Page, but is nervous around women. With a nasal laugh that resembles Austin Powers, Guzman frolics on the stage and brings out laughter with every giggle.

The play was presented in Elizabethan setting and costumes that are a delight for the eye. Rich fabrics and extravagant collars made by the credited "Costume Moms" transport the audience to Shakespearean England. 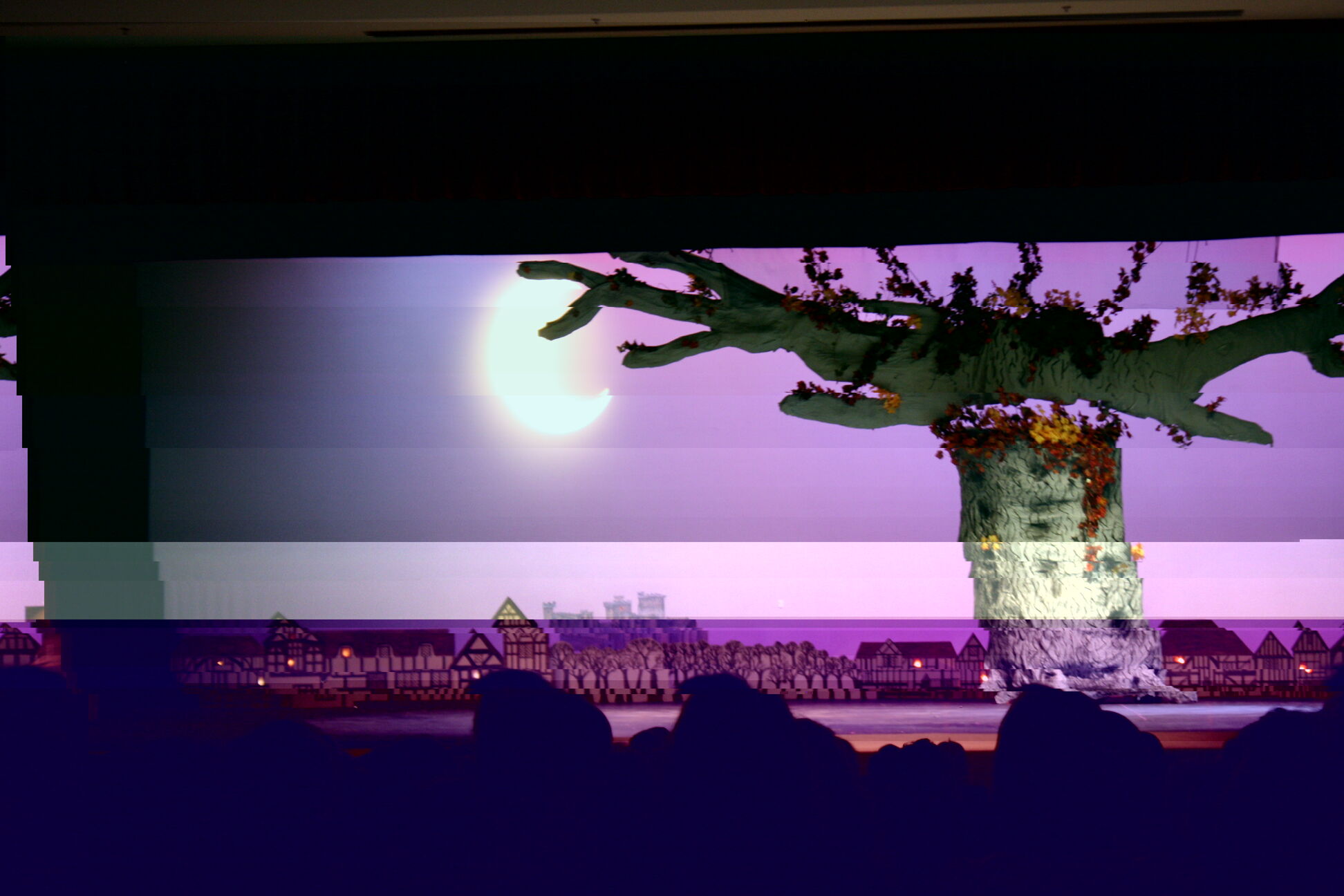 Photo: The play's second major set is an elaborate tree in the middle of the forest.

Photo: The play's second major set is an elaborate tree in the middle of the forest.  Photo courtesy of Lorena Kowalewski.

The stage was set with the same rotating building from last Spring's "Sweeney Todd," redecorated to look Elizabethan. This is used throughout the play until the last scene. For the final forest scene the talented stage crew lowers an enormous oak tree onto the stage. A moon is illuminated behind the tree. The tiny windows of the Elizabethan village skyline are lit up as well, examples of the stage crew's attention to detail. The forest set is so elegantly produced that, although it is only used at the end, it makes the final scene far more memorable.

Directors Kelly and Bill O'Connor expanded upon Shakespeare's work to present a play within a play, and seamlessly provided additional roles and scenes to take advantage of the talent evident within the cast. And to top of an excellent opening night, an exciting and unexpected dance in the forest finale leaves the audience truly thrilled.