A victory for the internet

The year 2012 has been forecasted to be the end of the world. So far, however, we have been able to avert the end of the Internet. It's been almost five months of fighting since the Stop Online Piracy Act (SOPA) and the Protect IP Act (PIPA) were proposed, and just when the stakes could not have gotten any higher, SOPA and PIPA were tabled and dropped from Congress in response to the massive protests generated from the internet community.

Since the inception of the bill in September, SOPA has received backlash from sites such as Reddit, Wikipedia and even the media conglomerate, Google. The internet responded so vigorously against SOPA because the provisions under the act were so broad and absurd that the bill would allow unprecedented power to do anything it deemed "necessary." 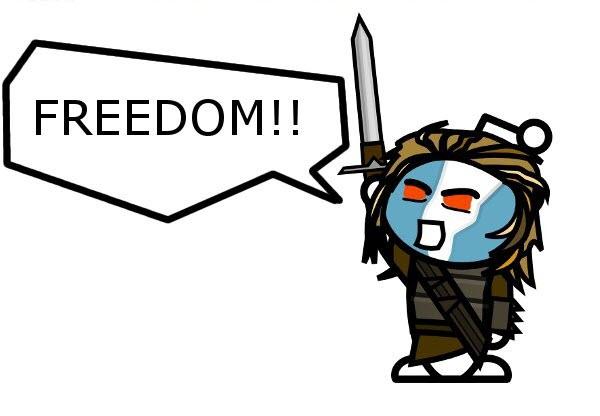 Photo: The front page of Reddit celebrated SOPA and PIPA being tabled with a popular homage to the movie, "Braveheart."

Photo: The front page of Reddit celebrated SOPA and PIPA being tabled with a popular homage to the movie, "Braveheart."

Under Title I of SOPA, courts could force Internet Service Providers (ISPs) to completely cut off websites that engage in trademark counterfeiting, copyright infringement and theft of trade secrets from their servers. While this seems like the perfect countermeasure against online piracy, this will also hurt the integrity of honest websites that cannot control the content users upload. For websites, such as YouTube, that manage millions of videos a day, it is almost impossible to delete every single copyright infringing video promptly. If this bill had been passed, it would only take one video to bring down the entire network of websites such as YouTube, Reddit and Facebook. It was necessary to put down this bill as soon as possible to not only save these websites, but also save the internet from turmoil and government oversight.

The reaction against this bill has been enormous, with large threads and forums in Reddit dedicated towards finding ways to stop this bill from occurring. The largest coordinated action against SOPA from the Internet was the Internet blackout on January 18. Over one thousand websites, including Wikipedia, Reddit, Huffington Post, Craigslist and Mozilla Firefox, blacked out in order to give the world a taste of what life with SOPA might feel like.

Through the blackout, the people responded with the largest online protest in history. According to Google representatives, 4.5 million people signed the company's anti-SOPA petition, with millions of other signing similar petitions. Twitter was booming, with about 2.4 million messages about SOPA and PIPA exchanged in only 16 hours. Over one million emails were sent to Congressmen through the Electronic Frontier Foundation during the blackout. Two days later, amid large protest, the bill was dropped.

If there is one thing that SOPA has proved, it is that the Internet can unite people under a single cause and help spread activism like wildfire. Through the Internet, millions of Americans were able to rally and express their discontent with the acts by signing petitions and writing letters to their Congressmen in order to stop this bill. In a way, it encouraged citizens to become their own lobbyists and develop a sense of government efficacy that has been absent in policymaking for quite a time.

Tabled bills have been able to make their way back into Congress and the bill might resurface in legislation with looser provisions, but when that happens, the public will be ready. For now, the collapse of SOPA represents a defining moment for the Internet that championed all odds in fighting social injustices and preserving freedom. The internet – and the people - have spoken.