A vote for corruption

Today, millions of frustrated Americans are wondering why such a poisonous plague of partisanship has contaminated Congress and the White House. Dozens of causes for the gridlock are put forward, but one critical reason is rarely, if ever, mentioned: the federal government doesn't work because it is too transparent and not corrupt enough. The American political system is cursed by an excess of public transparency that robs elected representatives of the tools they need most to do their jobs. Politics, at its core, is a game of bartering, threats and corruption. The amount of knowledge available today about the political process allows the public to hold representatives to an unattainable level of ideological purity. Many examples of beneficial public policy in the United States are a product of corruption, but the media and interest groups have destroyed the "back room" where deals are made. If the American people are able to accept knowing less about their political system, the federal government will be able to address pressing issues with more ease. 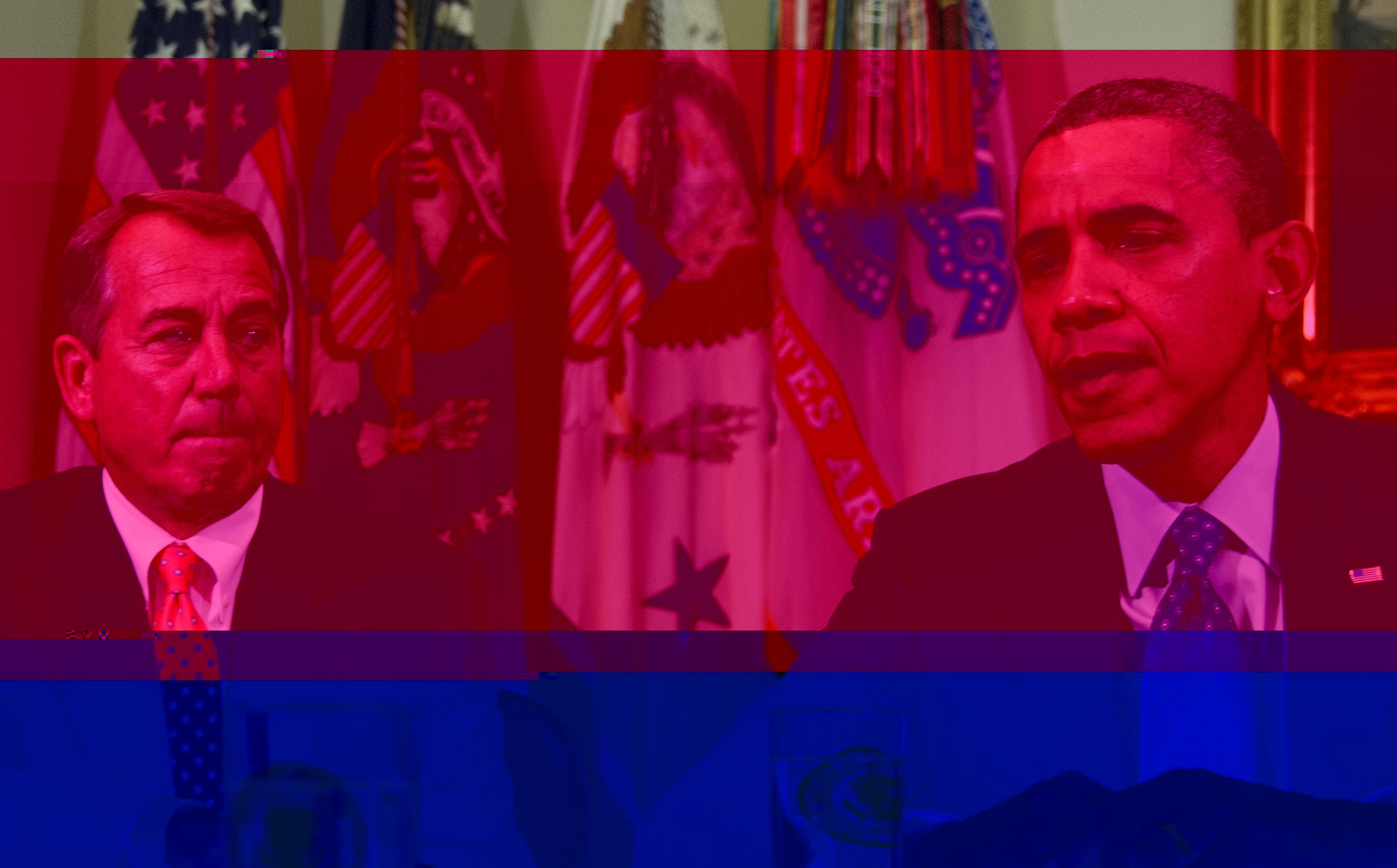 Before going much further, we must understand the language we're using. When most people think of political corruption, they imagine stealing public funds or committing crimes. That's not what I'm talking about. When I refer to corruption, I refer to a system of bartering and bribing, a system of using favors to get what you want. The corruption I'm defending is perfectly legal, if not publicly palatable. This type of corruption has been present throughout political history, and has been used with great effectiveness by some of America's most admired public officials. But when this form of politicking is brought to light by an increasingly antagonistic public and press corps, our political system is crippled.

To understand our present political climate, we must look at the history of government corruption. For the vast majority of American political history, government on all levels was rife with corruption. "Machines" controlled the biggest American cities by literally paying for votes. The Cabinet and other political positions were filled by a system of aristocracy, rather than merit. Most Americans would decry these examples of political graft. And, to a large extent, they would be right. Too much corruption can disarm governments and hurt citizens. But what they fail to recognize is the untold unscrupulous history of corruption behind some of the most beneficial pieces of public policy in American history.

The Thirteenth Amendment was passed because of corruption. So was the Civil Rights Act of 1965 and countless other laws that have contributed to the public good. Abraham Lincoln lied to Congress about the progress of the Civil War to ratify the Thirteenth Amendment. That blatant act of fraud ended slavery in the United States. Lyndon Johnson's presidency was defined by his skillful dealmaking. He gave gifts to legislators who did him favors and threatened those who were withholding help. LBJ made bribes and threats, but much more importantly, he made deals. His form of political corruption made him the most legislatively effective president of all time. His corruption did the United States an incredible amount of good. But when the much less subtle, or legal, evils of Richard Nixon were exposed to the nation, the nation embarked on a campaign of public transparency and distrust in government that has created the pathetic excuse for a federal government we see today.

Ever since Watergate, interest groups, the press and the public have become more aggressive and antagonistic towards government, requiring that more and more information be public. The press reports on every detail of Congressional negotiations, putting legislating under a microscope that damages the process. During the debt ceiling negotiations of 2011, President Obama and Speaker John Boehner were prevented from making a major debt agreement because all details of their negotiations were reported in the press. Because of this transparency, partisan individuals and interest groups were able to insert themselves into the negotiations, obstructing the negotiators from making necessary compromises. Legislating, at some level, must be kept secret. There is a reason we do not participate in a direct democracy and instead elect representatives. Representatives must sometimes disregard what might be in their political self-interest and focus on the best interest of the nation. But the degree of public transparency in government has made it harder and harder for politicians to do the right thing. 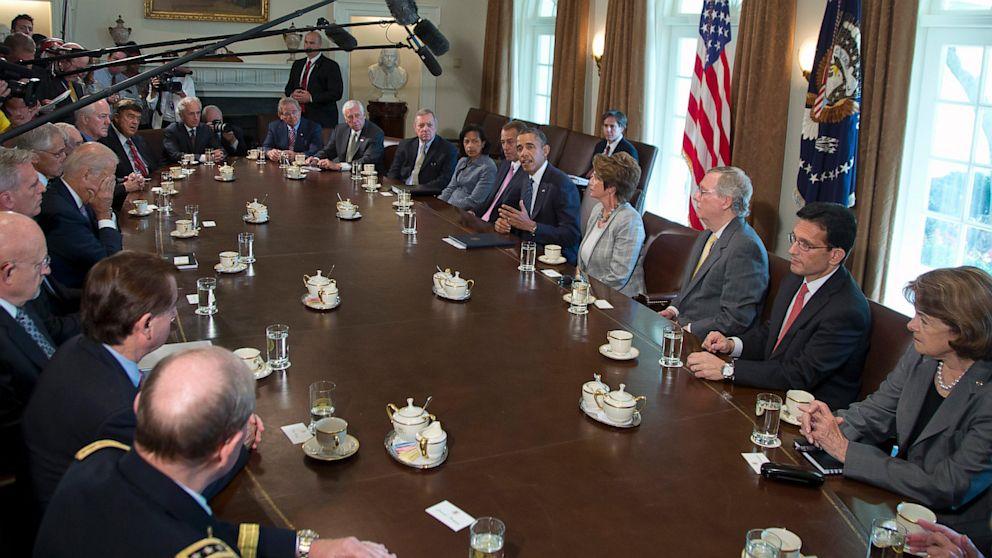 Photo: Aggressive press coverage of Congressional negotiations has made it harder to make deals.

Photo: Aggressive press coverage of Congressional negotiations has made it harder to make deals. Photo courtesy of ABC News.

This influx of transparency has revealed various corruptions in the political system. These revelations have disgusted the public, who call for their elimination. But the de-corrupting of government has made deal-making in government harder and has done a disservice to the nation. The primary example of this phenomenon is the banning of earmarks. Earmarks are small additions appropriating funds for small projects specific to a certain Congressperson's district added to a much larger piece of legislation. For decades, they were used to buy the votes of specific legislators. Although many might find this practice unethical and immoral, earmarking legislation was an extremely effective political tool in passing essential public policies. For example, Obama's bailout package was passed largely because he earned the vote of former senator Arlen Specter by attaching an earmark to the bill. But Congress banned earmarks in 2011 and lawmaking has become harder ever since.

Make no mistake, corruption in many cases is wrong. Lyndon Johnson's corrupt policies in Vietnam cost tens of thousands of lives. But we need more of a certain kind of corruption, deal-making corruption, in politics. Government needs some corruption to function. Political negotiations need some semblance of secrecy; otherwise, negotiators haven't the ability to compromise. And in those negotiations, corrupt deal-making can act as the lubricant to move things forward, to make compromising a little more advantageous. Today, the federal government is stuck. With a little more secrecy and a little more corruption, it may be able to move again.