A weight on her shoulders

In Itawamba County, Mississippi, school boards are willing to spend thousands of dollars to stop one girl in a tux. Senior Constance McMillen planned on taking her girlfriend to prom, while wearing an outfit that wasn't revealing, suggestive or inappropriate.

In response, the school canceled the April 2 prom, citing "distractions to the educational process caused by recent events," according to the Associated Press. These actions were unnecessary, perverse and downright illegal.

McMillen's behavior was no different than many other girls' faced with an imminent prom - she invited her significant other and selected a formal outfit in which she felt comfortable. Yet Itawamba Agricultural High School found reason to consider only McMillen's actions as in violation of school policy. Now she faces unkind, accusing peers and the knowledge that her community does not accept her identity.

The American Civil Liberties Union (ACLU) has previously declared that policies banning same-sex prom dates infringe on students' rights. It noted that prohibiting McMillen from wearing a tuxedo was a violation of her freedom of speech. Consequently, the ACLU filed a lawsuit in U.S. District Court on McMillen's behalf, asking the school to host the prom and McMillen to arrive in a tuxedo with her same-sex date. 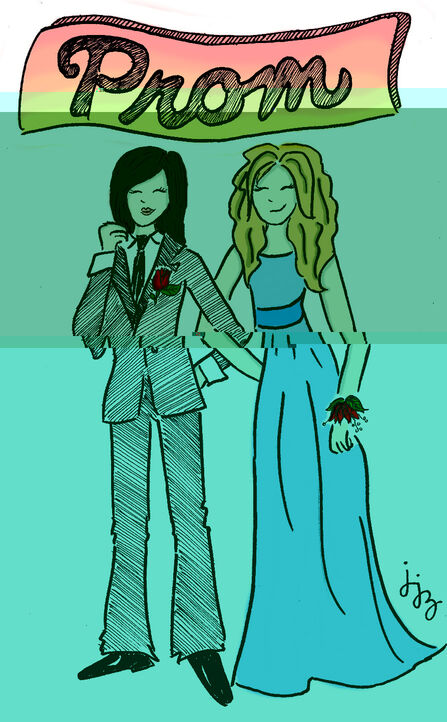 Photo:
In order to be in accordance with ACLU precedence, the constitution and general justice, the school needs to heed the ACLU's suggestions. Denying an entire senior class its prom for one student's actions is callous and excessive. More importantly, with gay marriage now legalized in five states and Washington, D.C., schools should be past the point of trying to conceal and discourage homosexuality.

Although Maryland is officially below the Mason-Dixon Line, it is hard to imagine a scenario like this occurring at Blair. Our diverse school makes people of all sexual orientations, races, religions and backgrounds feel welcome. However, the reality is that Blair is not a perfect microcosm of our country. Across the U.S.. students like McMillen are still fighting for equal treatment and basic acceptance of their sexuality. And it is even more disturbing that hateful attitudes are hindering these students' attempts to lead normal lives.