Why people choose to adopt or volunteer for shelters, paired with photos from an adoption event.

A person’s best friend, a childhood companion, a furry friend. Pets are an important part of people’s lives. But where you get them from is just as important. Animal shelters, like the Humane Rescue Alliance, work to provide a temporary home for animals until they get adopted. While animal shelters have many different events, the public adoption events are one of the most popular. By hosting an event in public, the chances of adoption can increase with the increase in visibility. 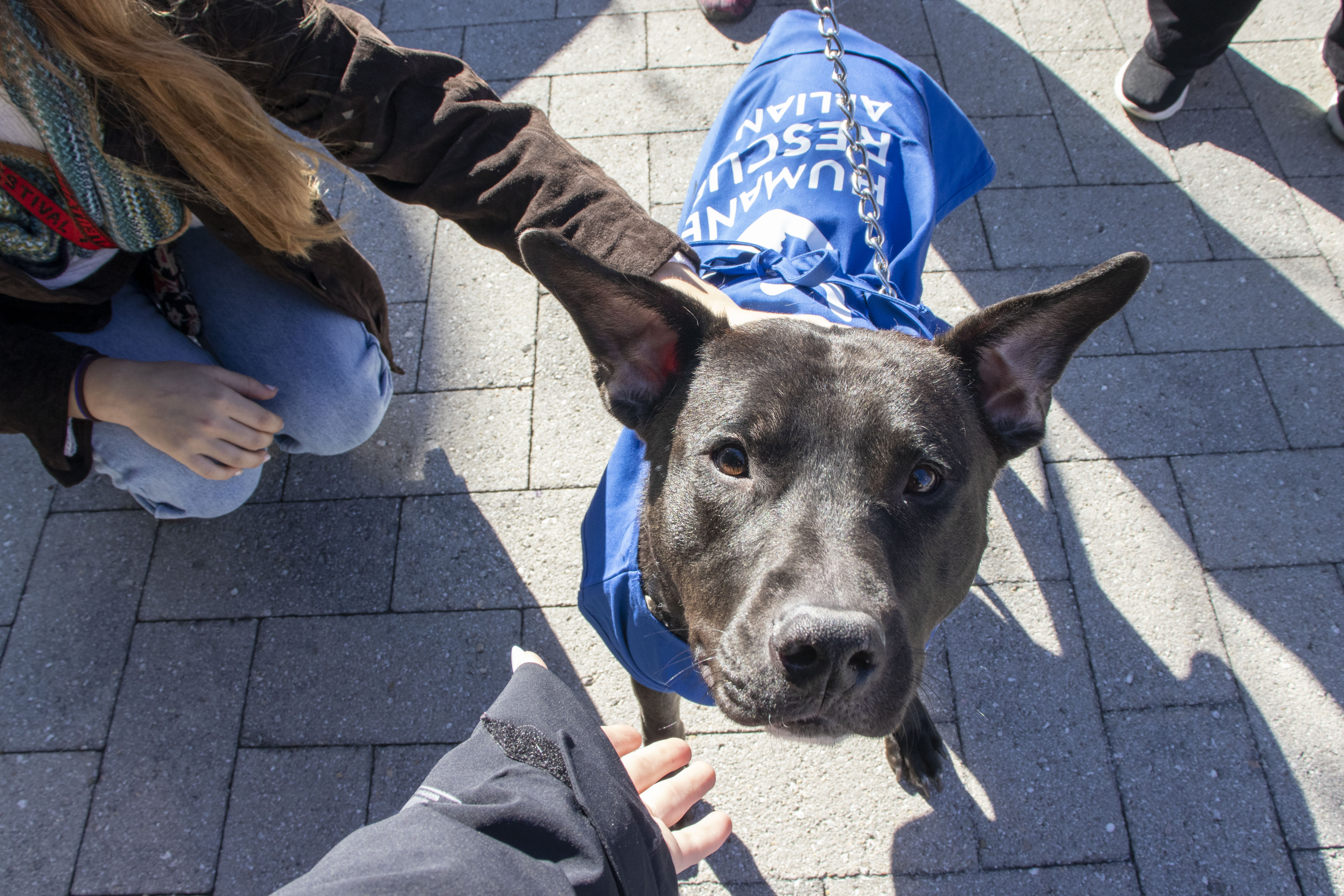 Photo: One of the dogs who is available for adoption.

Photo: One of the dogs who is available for adoption.

HRA volunteer David Martinez said, “I would always say definitely adopt and don’t buy from a breeder. Homeless animals outnumber homeless people 1 to 5, there are so many cats and dogs in this country who are euthanized everyday, and there really is no need to purchase a dog or a cat from a breeder for human benefit.” 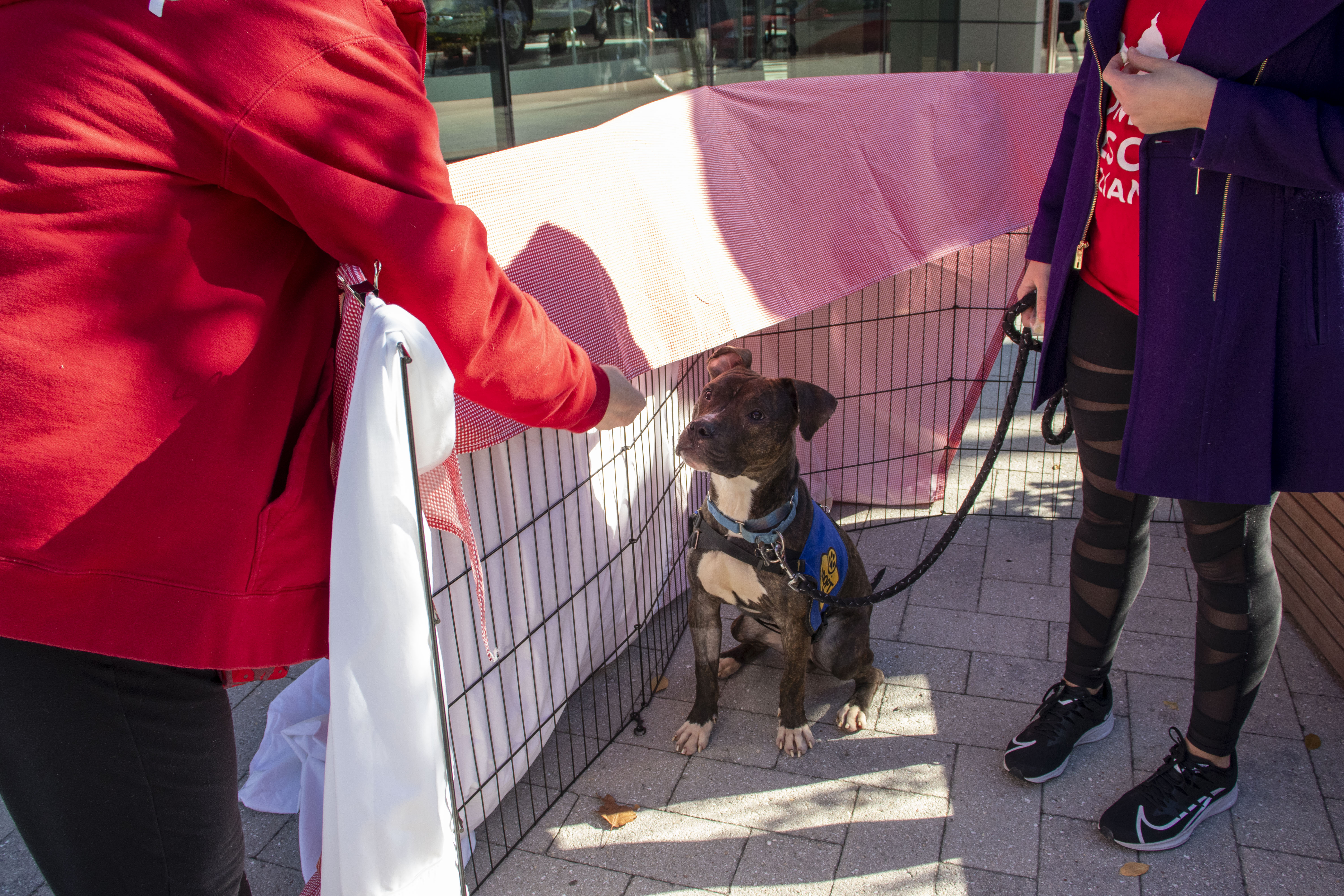 Photo: One of the dogs sits for a treat.

Photo: One of the dogs sits for a treat.

Adoption opens the access to get older dogs who are already house trained, which can be beneficial to families with young children. 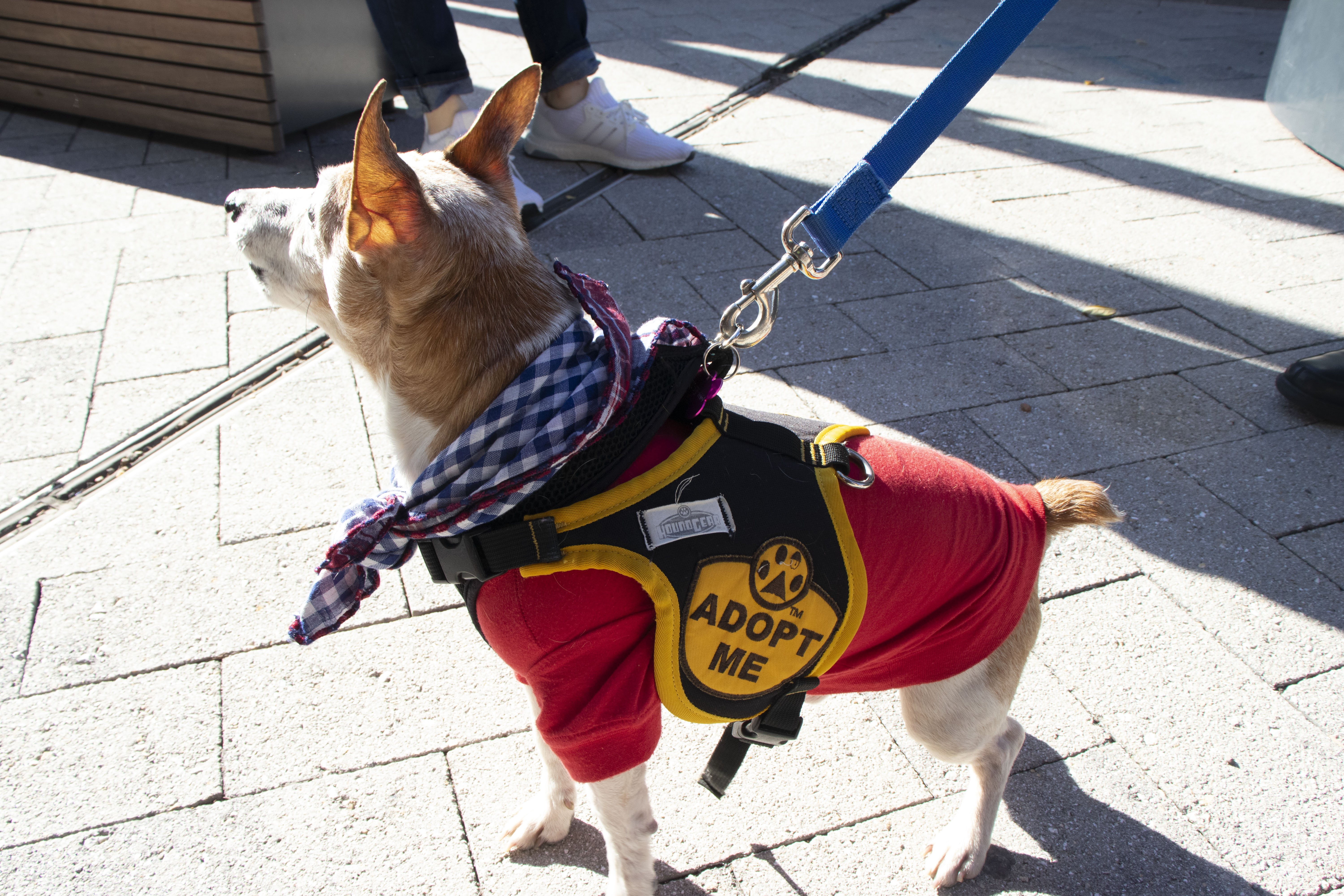 Photo: A small dog wears an 'adopt me' vest.

Photo: A small dog wears an 'adopt me' vest.

Even if you don’t want to adopt an animal, there are other ways to help animal shelters by volunteering.

“There are so many different programs for volunteers… there is something to fit everyone’s niche. And even if you are not a person who likes animals or who can spend time with animals there are administrative jobs, there are catch and release programs for cats, there is ‘pack’ which is a dog program where you take the dogs out to run on Saturday mornings, and that is just a few of them,” Martinez said. 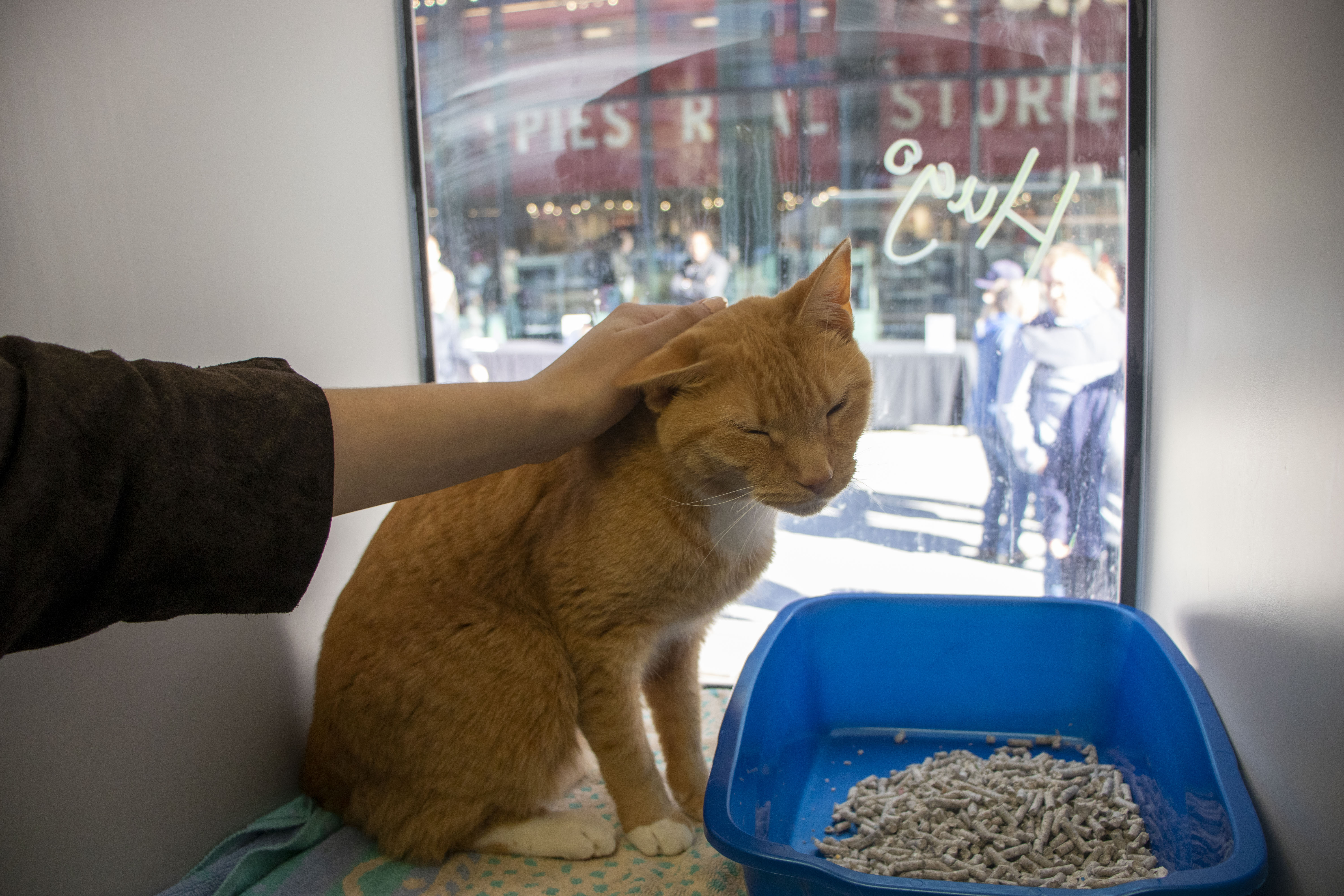 Photo: One of the cats gets pet inside the cat and small animal truck.

Photo: One of the cats gets pet inside the cat and small animal truck.

If you’re having a difficult time deciding if volunteering is something you want to do, Stephanie Gaspar says “Just do it! If you’re having second thoughts, just do it." 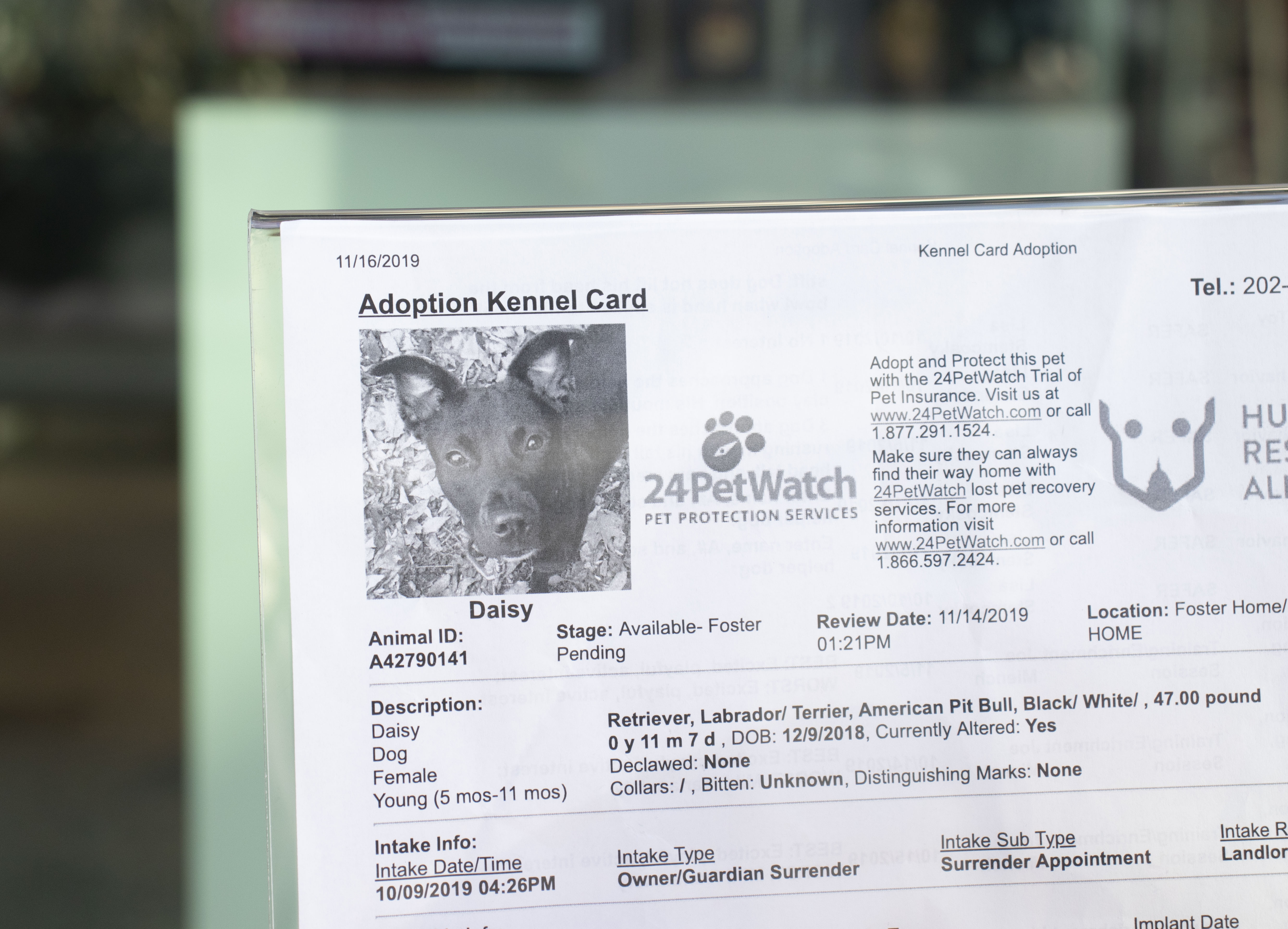 Photo: The adoption card for a puppy describes her features.

Photo: The adoption card for a puppy describes her features.

“I don’t think there are any cons. She was a little scared at first but I think that’s the same for pretty much all dogs when they go to a new home. She was already bathroom trained, which was great because she was already older and she’s been a great dog,” Kim said. 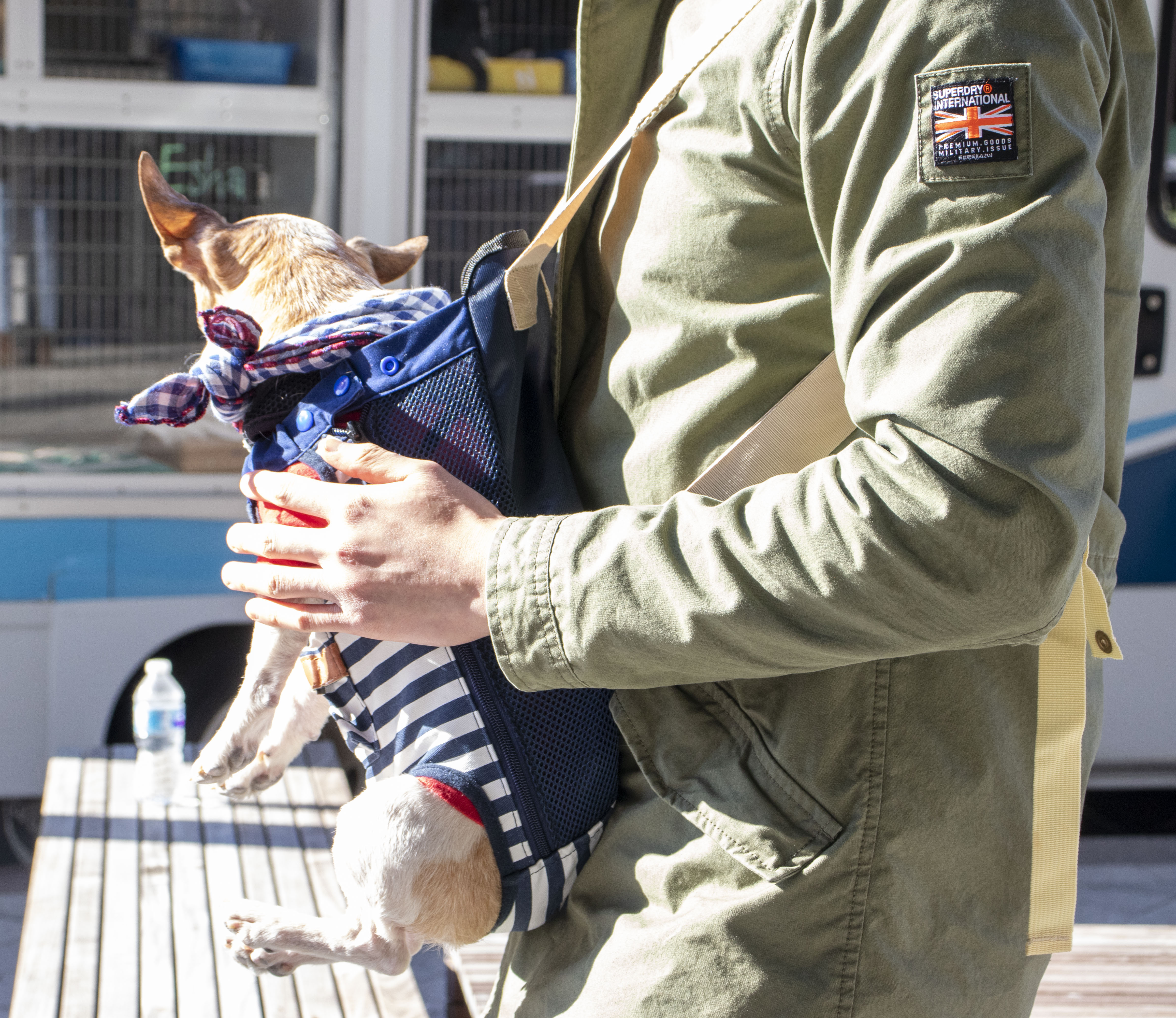 Photo: A small dog gets carried by a potential owner in a baby carrier.

Photo: A small dog gets carried by a potential owner in a baby carrier.

Whether adopting or volunteering, shelters are the way to go. 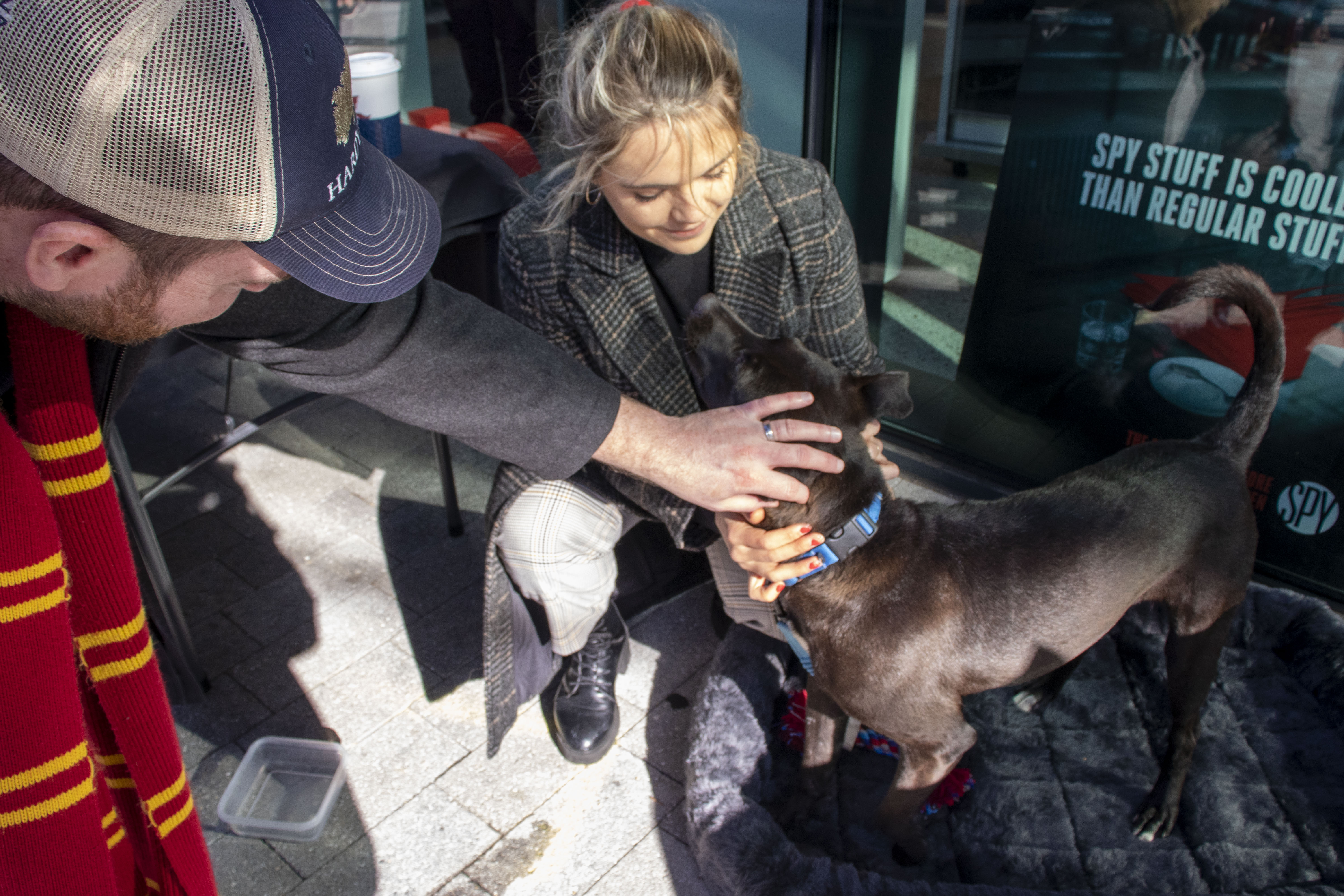 Photo: The youngest dog plays with her handler and a potential owner.

Photo: The youngest dog plays with her handler and a potential owner.

Sydney Hastings-Wilkins. I am a junior at Montgomery Blair High School. This is my second year on SCO Photo Staff. I enjoy taking photos of sports and portraits. More »