"Improved" version of homeroom in place for the fall

The administration has implemented an advisory period to replace the homeroom period for the 2007-2008 school year. The class, which follows an idea originally backed by new Principal Darryl Williams and Academies Coordinator Jennifer Kempf, will be in effect the first day of school and bi-monthly after that. 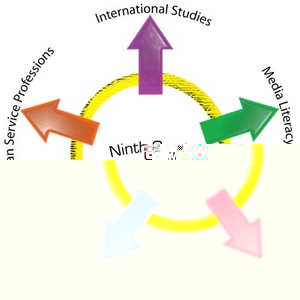 Photo: Unlike homeroom classes that were organized alphabetically, advisory periods are organized by academy.

Photo: Unlike homeroom classes that were organized alphabetically, advisory periods are organized by academy.

Rather than group students into homeroom classes by grade and last name, students will be grouped into advisory classes by academy with no regard to grade, with each class being led by a teacher from the academy. Although the upperclassmen (sophomores, juniors and seniors) will have this period together, ninth graders not already in Magnet or CAP will be in the ninth grade academy and continue to have Connections classes. Students should have received their assignments for advisory period over the summer.

Originally there was a strategy in place to help students planning to complete their Academy's Capstone project meet with teacher mentors for guidance, but it ran into some troubles. The administration decided to develop the advisory program in the spring of the 2007 school year. According to Kempf, teachers were finding it difficult to meet with students who weren't in their classes, and she hopes this problem will be fixed by the advisory period. "With the advisory period you no longer have to have students running around trying to meet, this way you avoid the hassle," she said.

The advisory groups will still carry out usual homeroom functions like giving out report cards, collecting student information forms and meeting during fire drills but will also act as a group where the students and advisers (teachers) can share contacts, ideas, advice and tools.

Although no other schools in the Down County Consortium have taken such an approach, much of the staff and administration is confident of its success. "This way, students doing well will have increased opportunities to do even better and those struggling will have opportunities to change rather than just struggle for an entire quarter," said new assistant principal Myriam Rogers. "In homeroom there was no real investment for the student to make."

The idea is similar to a program that has been implemented in Carroll County, which drew heavily from the publication "Breaking Ranks II: Strategies for Leading High School Reform" by the National Association of Secondary School Principals (NASSP). Among other things, the publication advocates high schools to " become less like factories and more like learning communities." However, it also supports the use of a "data driven" evaluation of schools, which is in direct conflict with Blair's identity crisis as a school that failed to meet Adequate Yearly Progress as mandated by the No Child Left Behind Act.