On September 11, 2001, everything changed. The clear and quiet morning quickly turned into death and destruction. At 8:45 a.m., an American Airlines Boeing 767 crashed into the World Trade Center in New York City, sending a wave of shock across the country. Everyone held their breaths in fear as they watched their television screens flash with horrific images of the fallen buildings. 2,997 people were killed. 19 men were trained by Al-Qaeda to create as much as pain, panic and paranoia as possible on that day. And they did. Islam was no longer just a religion; it became the religion that attacked America.

The media has played a large role in influencing Islamophobic perspectives. An automatic fear has been instilled in Americans by mainstream media, which impacts the lives of Muslims every single day. The stories that emerge in media outlets do not show the whole truth, and can even have potentially damaging effects to Muslims. "It's the whole idea of narrow casting. People believe whatever the media believes Islam is. It's not fair to put a spotlight on one thing and keep everything else in the dark," Blair junior Suad Mohamud says. 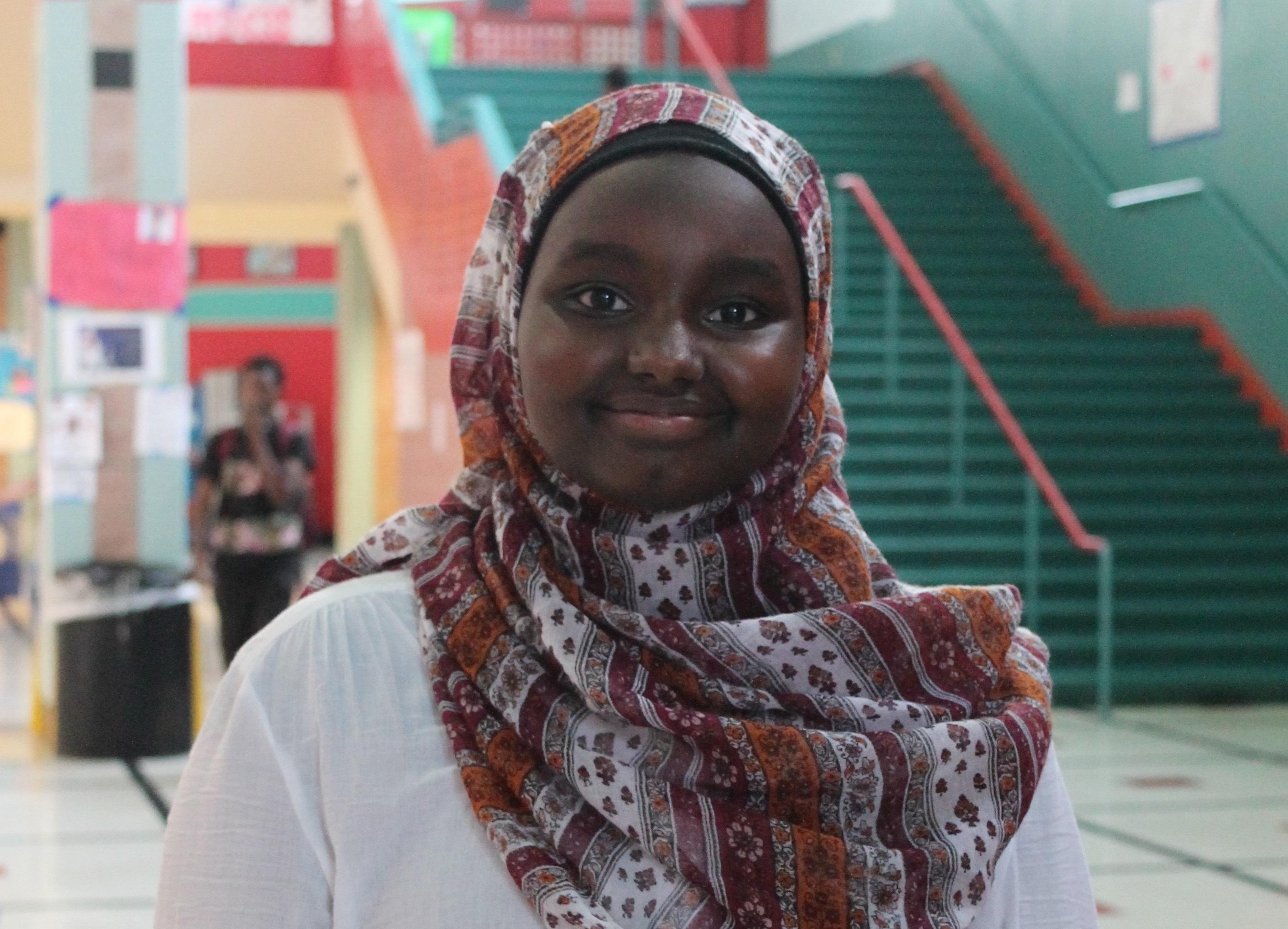 Photo: Junior Suad Mohamud, a Muslim, has her own stories of discrimination to share

Photo: Junior Suad Mohamud, a Muslim, has her own stories of discrimination to share

Last month, Ahmed Mohamed, a 14-year-old boy from Irving, Texas became "Clock Boy”. He was pulled out of class, in handcuffs, after a digital clock he built for himself was mistaken for a bomb. Ahmed happens to be a Muslim. "They were prejudiced and they stereotyped him. It's all up on his religion and that's why they targeted him," junior Suyaib Ahmed comments. His arrest sparked outrage all over the United States, yet stories like this are not that uncommon, even at Blair.

Junior Zenab Abu walked out of Blair, expecting to go straight home. A man stopped her on the way and offered her pamphlets on Christianity. She politely declined and told him that she was a Muslim. He shot back by telling her that she was going to Hell, and that Islam was an abomination.

Over the summer, the Muslim Student Association at Blair went to Texas to participate in an interscholastic tournament. The group stopped for Taco Bell in Tennessee. "Going to the south this summer was really my- I guess you can say the first time I met some real Islamophobic Americans," senior Zaafira Elham admits.

They threw their trash out in a bag, and threw it away in the trashcan. Suddenly, a couple police cars drove into the parking lot. "I looked around. I was scared. My mind was just like, 'what's going on?'" senior Nazea Khan, president of the Muslim Student Association, remembers. A police officer approached them. He told them that someone had called and reported suspicious activity, and he proceeded to searching the trashcan to make sure. "All we were doing was literally throwing our trash away, but even that was scary to them," Elham says.

Elham decided to eat at the Dunkin Donuts, right next to Taco Bell and the gas station. She and some other girls, dressed completely in jilbabs, a traditional Muslim garment that covers the head and hands, walked over to the store. A couple men hovered around the entrance, when one approached the group of girls. "Are y'all Muslims?" he asked in a deep southern accent. The girls just kept walking. "The next thing we know, he's following us around. He had a gun in his belt and kept flashing it in our direction, from his belt pocket. What if he decided to use it? I was freaking out. My heart was beating so fast," Elham remembers. They rushed into the convenience store at the gas station and refused to leave until he did.

They weren't welcome there either. "What's crazy is that they seemed so scared of us, and we were so scared of them. The whole experience was really shocking," Elham reflects. They asked the cashier if they could use the bathroom, and he told them that they didn't have a bathroom.

When Elham first started wearing a hijab in middle school, her friends grew wary of her. They wouldn't talk to her as much and they would question her choice to wear it. "They thought that I was a different person with the hijab, but that's not true. It's like when I take public transportation, sometimes people look at me. They look at what I'm wearing... My physical appearance makes people think differently about me," Elham says.

Ahmed feels that it is important for people to know that he is isolated from the Muslims who are terrorists. "I have some friends that joke around like 'Are you a terrorist?' or 'Are your parents going to bomb the school?' I'm okay with it, but if they were ever serious, it would not be okay," Ahmed says. Now, a mutual fear exists between Muslims and those who dislike Muslims.

The biased media has left Muslims with a responsibility to spread awareness. "I feel like if you teach people what our religion actually means, what we worship, and why we do it, that would help people understand so much more," senior Afnan Abdullah says.

Elham sees her hijab as a tool for spreading awareness. "Born in America, living in America, having American pride and spirit. Though my actions, I can show that I am both American and Muslim," Elham says.

Ever since 9/11, Islam has become a scapegoat, and Muslims have become a target. "It's not Islam's fault, it's these people who misinterpret Islam," Abu asserts. Islamophobia continues to persist throughout the country, and all over the world. Simple awareness of it can help bring it to an end.