In 1912, Japan helped plant the first cherry blossom trees in Washington D.C. as a friendly gesture to begin a fruitful relationship with the United States. One hundred years later, they gifted us once again, this time with the voices and talents of the international wonder-group AKB48. If one word could describe the Japanese pop idol group AKB48 and their March 27 concert at Lincoln Theatre, it would be energetic. The 16 members of AKB48 dazzled an audience at the Japanese embassy-sponsored event celebrating the 100th anniversary of the National Cherry Blossom Festival. 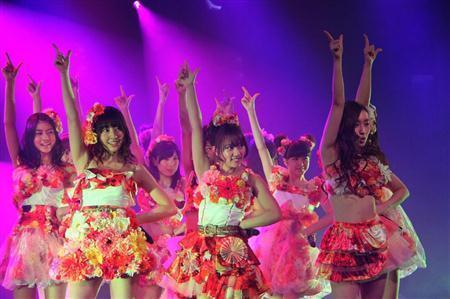 Photo: AKB48 performing at the Lincoln Theatre in Washintgon D.C.

Photo: AKB48 performing at the Lincoln Theatre in Washintgon D.C.

Named after the Akihabara District in Tokyo, AKB48 is known for their sparkling pop music and lively theatrical performances. The group has 62 official members who are divided into different teams: Team A, Team, K, Team B and Team 4; the rest of the team is part of the Kenkyuusei, who are essentially trainees who have not been assigned to a team yet. Appealing to younger generations who look up to celebrities and media figures, AKB48 aim to be idols that you can meet. What started out as a small theatre group quickly transformed into a multimillion dollar conglomerate that reaches millions of fans today.

AKB48 opened with "Flying Get," an incredibly vigorous and intense performance reminiscent of a Las Vegas dance number. Dancing in-sync with heels on and transitioning between different group formations, the girls sang with charisma and smiles, getting the entire crowd to its feet. In the spotlight was Asuka Kuramochi, a Team A member, who stood out in the ensemble with her vivacious demeanor and sassy facial expressions.

The rest of the concert was a nonstop playlist of all of their greatest hits, with only small pauses for costume changes. They performed popular hits such as "Everyday Kachuusha," "Sakura no Ki Ni Narou," "Heart Gata Virus," "Ponytail To Shushu" and "Beginner." Impressively, the AKB48 members were able to keep track of the plethora of dance numbers as well as deliver performances in rapid succession. The transitioning between songs was nearly flawless. Like their extremely colorful and eccentric style of pop music, the overall concert vibe felt like an adrenaline rush of exotic sounds being blasted in your ears. While the concert was a lot of music to digest, it kept audience member attentive and on their toes during the entire performance. 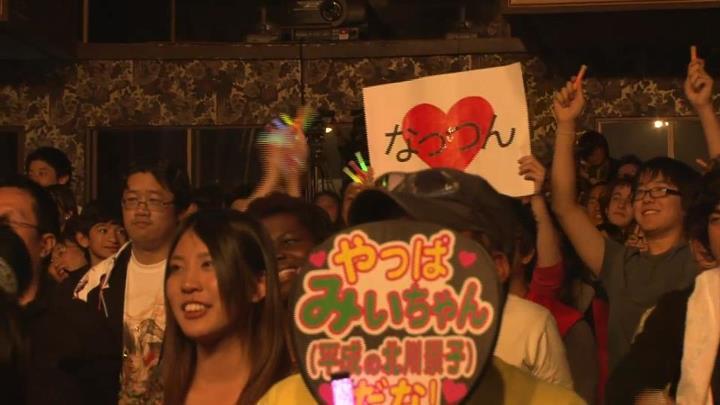 Photo: The fans in the crowd pumping up their glow sticks in excitement.

Photo: The fans in the crowd pumping up their glow sticks in excitement.

Towards the end, AKB48 humorously faked out the crowd with their so-called "last song" of the evening, which was meant to poke fun at the audience and hype up an even bigger finale. As the audience began chanting "Encore!" over and over again, AKB48 stepped on stage once more for their final string of performances. They closed with "Kaze Wa Fuiteiru," a song dedicated to the U.S. at the concert in their support of Japan during the 2011 Tohoku earthquake, and "Sakura No Hanabiratachi," a celebratory piece that paid tribute to the cherry blossoms in D.C. Not only were these songs well performed, but the ending was touching and it was a fitting way to end a very epic and intense concert.

Although most members in AKB48 are in their teens and early 20s, seeing these girls push through so many fast songs and upbeat dances is truly remarkable. Even though the bubbly Asian pop is not as popular in the United States, they definitely showed that they can win over any crowd with spirit.

The AKB48 concert experience, however, could not have been created without its dedicated fanbase. With a limited showing of only 1125 people, fans flew in from different states and even different countries to witness the live performance. They showed support by holding up homemade signs, waving glow sticks and making presents for the group to take home to Japan. Seeing these AKB members pour a lot of energy out on the stage, it became really inspiring to cheer next to the die-fans who were moved with AKB48's performance. AKB48 concerts can not be truly enjoyed without participating in the audience and building up the excitement in the performance.

With the undying commitment of the AKB members to their loyal fans, AKB48 deserves every bit of praise and attention it gets, and with the recent invitation of the group performing at the famous Tokyo Dome, the only direction for this group is up.