"All I Ever Wanted" is Kelly

It's time to get back to jumping on those beds, cranking up the stereo and screaming lyrics in your car, because Kelly is back! Kelly Clarkson's fourth album, "All I Ever Wanted," released Mar. 10, has not only dissipated some of the recent embarrassing dismay of her third album, "My December," but revived her popular status as the spunky, energetic artist we all know and love.

The first "American Idol" winner and proclaimed vocal artist, Clarkson's claim to fame rests on her second and multi-platinum album "Breakaway," which received two Grammys and became the third best-selling album of 2005. Successfully defining herself as a popular pop-rock performer and lyricist, Clarkson, despite the advice of her label chief Clive Davis, unthinkingly veered away from this image in her "personal" and melodious yet depressing and fruitless "My December." 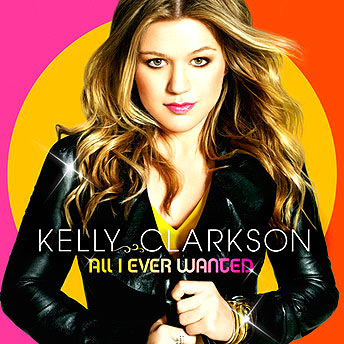 All I Ever Wanted

Photo: Clarkson pops back onto the scene of success with her newest up beat album. Photo courtesy of RCA Records

Photo: Clarkson pops back onto the scene of success with her newest up beat album. Photo courtesy of RCA Records

After "My December" received a fury of negative responses from fans and critics alike, Clarkson eventually had to cancel her summer tour due to poor ticket sales. The upside to this disaster is that it seems Kelly has finally figured out that she's more fun when happy. Abandoning her previous dark and disturbed rock-oriented tunes, "All I Ever Wanted" is filled with upbeat, pump-your-fists-in-the-air girly anthems similar to the hits on "Breakaway." Collaborating with pop gods Dr. Luke and Max Martin, who also helped her with the smash hit "Since U Been Gone," Clarkson fills her newest album with classic and beloved sugary but spunky pop gems.

Although "All I Ever Wanted" is a savior for Clarkson's career, there are still some glimpses of the dark times reflected throughout the disaster of "My December." One of the later tracks, "Impossible," is overly sentimental and slow compared to the rest of the generally up-beat nature of the album. Co-written by Clarkson, the lyrics fall short of meaning or passion, leaving listeners with an empty void and a waste of three minutes as the never-ending chorus drones on: "You say/ Can't change the wind to say/ Won't matter anyway/ Can't reach that far 'cause it's impossible/ Can't rise above this place/ Won't change your mind, so I pray/ Breaking the walls down to the impossible." Nevertheless a majority of the album is a sure success as its title songs continue to rise throughout the ranks.

The album's lead single, "My Life Would Suck Without You," a catchy hit based around apologies, is the supreme example of the sweetest bubble-gum pop success radio hasn't seen in years…or at least since "Breakaway." The song's pumped beats are unavoidable and bound to get stuck in your head for days - but listeners will love every second of it. Having already sold millions of downloads, "My Life Would Suck Without You" has also set a record for the largest jump on the Billboard Hot 100 in the chart's history, bolting from number 97 to one in a single week.

Other sure radio successes, such as "I Do Not Hook Up" and "Long Shot," were co-written by Katy Perry, another successful pop-rock artist with a bit more sass up her sleeve than Clarkson. Although an unlikely pop-duo sided with Clarkson's more wholesome image, both tracks promote feminine independence and discuss flawed relationships and situations through delicious head-bobbing beats and hand-pumping lyrics.

Armed with a team of more than 20 songwriters and producers, Clarkson created the Pandora's box for some of pop's newest treasures with "All I Ever Wanted." Although not every track is a sure hit, the dark spell of "My December" makes each of the 14 songs sound like a miracle sent from the lords and ladies of pop-kingdom. Thank you for this gift, Kelly. It's an understatement to say how much you've been missed.