Alumni aiming for the stars

She hadn't intended to go out this way. With three beautiful bouquets in hand and a wide, elated grin across her face, she ran across the stage, waving to the audience as she left. But while making her dramatic exit, she tripped, showering the audience with roses. 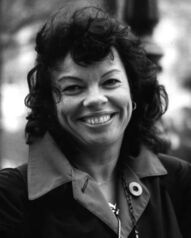 But for Nancy Coyne in the 1964 Blair play "The Man who Came to Dinner," falling flat on her face couldn't ruin the moment. "Even looking like an idiot couldn't dampen the high of applause and roses and romance," Coyne says.

And now, more than 40 years later, she's moved on from the embarrassing moments of the Blair stage and landed a major role in almost all current Broadway shows - as CEO of the shows' advertising agency Serino Coyne. "The Lion King," "Wicked," "Mamma Mia," "The Phantom of the Opera": You name it, she's advertised for it. For Coyne and many other alumni, Blair was the home of many awkward moments and challenges, but also many highlights and pivotal experiences. Numerous Blazers have risen to fame, success and notoriety. Whether their memories of Blair be negative or positive, these people's high school years turned out to be defining times in their lives.

Featured in over 70 recordings and performing and recording internationally since the age of 21, Chuck Redd, '76, a well-known vibist (vibraphone player) and drummer, pinpoints a specific moment at Blair that helped him discover his passion for music. During his senior year, his music appreciation teacher Deborah Lowry played a recording for the class called the "Modern Jazz Quartet with Milt Jackson." Vibist Milt Jackson blew Redd away, and he says that he immediately had the urge to go to the band room and play the vibraphone, an instrument resembling the xylophone. He ended up doing just that, and his first try with the mallets was not his last - he has continued to play both the "vibes" and the drums ever since. Redd says that hearing such an inspiring and talented musician was a catalyst for his future career. "This was the initial moment that lit the spark that caused me to become a vibe player," Redd reminisces.

The high school basketball coach with the most wins in history also found his motivation at Blair - but on the field, not in the music room. Morgan Wootten, '50, played on the football and basketball teams. Though he graduated from Blair with an interest in law, athletics remained an important interest of his. "I developed a love for both sports. I kind of knew that in some way, I would love to be involved in those sports somehow in later life." 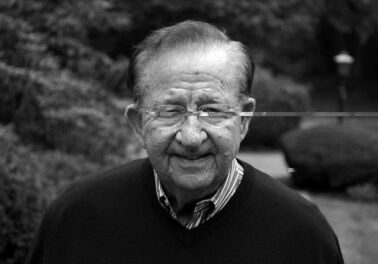 And was he ever. During college, Wootten began coaching a baseball team at an orphanage, where he discovered that he loved both working with youth and coaching. He changed his major at Montgomery College to physical education and later took a coaching job at DeMatha Catholic High School in Hyattsville in 1956, where he coached the school's basketball team for 46 years until his retirement. Along the way, he became famous for leading the team to 28 local championships and five national championships. In 2000, he became one of three high school basketball coaches to be inducted into the Naismith Memorial Basketball Hall of Fame. He no longer coaches at DeMatha, but he remains involved in youth basketball by leading clinics, teaching and running a summer basketball camp for boys and girls at Frostburg State University in western Maryland.

Before he could inspire others at DeMatha, though, Blair was where Wootten discovered his own interests, taking the first step to where he is today. According to Wootten, students enter Blair as young and impressionable teenagers seeking direction. They make mistakes during their high school years, but then they leave Blair with many recollections and lessons learned on what makes life work. "I've always said that life is a collection of memories. And as I look back, some of my greatest memories were of Blair High School and my days there," he says. 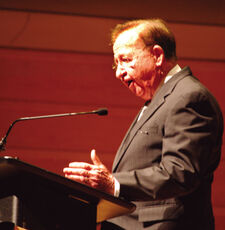 Photo: Morgan Wootten, '50, speaks to hundreds of alumni about his high school experience and his love for Blair.

Photo: Morgan Wootten, '50, speaks to hundreds of alumni about his high school experience and his love for Blair. Photo courtesy of Erica Horne.

Wootten's fondest memories include his two unforgettable coaches who helped him find his niche. Coach Tony Creme taught him the fundamentals of basketball and instilled in him his love for the game, Wootten says. With football, Coach Reno Continetti passed on invaluable skills to the player who would use them to become one of the best basketball coaches of all time. "He was a great motivator. I think I learned a lot from him about motivating people," Wootten remembers. Off the courts and fields, Wootten says he was surrounded by a quality administration, terrific teachers and hard-working classmates at Blair. "What made it so special were the people," he recalls. "You're just surrounded by good people. You got a lot of good people, good things happen."

Band teacher John Whitten provided the same motivation for Redd at Blair. According to Redd, Whitten would often yell at students and take an authoritarian approach in the classroom. Although sometimes unpleasant, the pressure in the classroom paid off. "It felt like he was treating us like professional musicians," Redd says. Redd was pushed to adopt a much more serious attitude about music at an early age. Music became the focal point of his life even in high school, he says, consuming every aspect of his life. Redd jokes that even during the summer he didn't go out much because he was constantly practicing both the vibraphone and the drums. "I don't remember getting much of a sun tan during the summer because I was always in the basement practicing," Redd laughs. 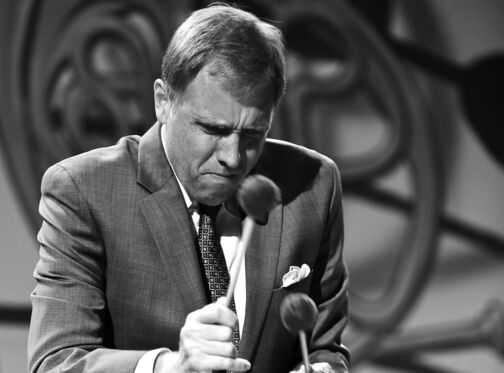 While Redd could be found in the band room playing away on the vibraphone, Coyne was busy on stage with the musicals that preceded her Broadway career. Her theater run at Blair included "Bye Bye Birdie," "Li'l Abner" and "Carnival." Coyne fondly remembers Blair as where she worked on the yearbook, participated in sock hops in the girls' gym and discovered her love for theater. "A million other things have determined who I am today but none I recall with such affection," she says.

Journalist, media critic and antiwar activist Norman Solomon, founder of the Institute for Public Accuracy and author of 12 books, has more serious memories than sock hops and plays. Part of the graduating class of 1969, he attended Blair at a turbulent time, when racial tension and the escalation of the Vietnam War were the dominant issues at school. "I remember it as being a time of great change, including social upheaval," he says. "I remember it as a sort of a bittersweet time - some wonderful experiences, and there were some terrible things going on too."

As high school progressed, Solomon gradually began to vehemently oppose the Vietnam War. "I myself was very adamantly against the war in ways that ultimately caused me to feel that the school itself was part of the war machinery," he says. By the time he got to senior year, Solomon was fed up with the war and fed up with Blair. "I was getting sick of Blair High School," he says. "I just could not find the academics or the atmosphere on campus very enlivening - I felt it was deadening, actually." He walked out of Blair right before the end of the year, only a couple papers away from finishing his senior year. "I was busy doing protests against the war in Vietnam and in support of farm workers, and that to me was just much more compelling." He didn't bother returning to Blair to get his diploma.

Solomon may not have enjoyed Blair as much as his fellow alumni, but his high school years were nonetheless significant in helping him become the journalist and activist he is today. "I saw my future in terms of writing and political activism, and as it turned out, that's pretty much what I've done," he says. While he was at Blair, he wrote for Silver Chips and worked for The Montgomery County Sentinel on Saturdays. Through writing for Silver Chips and for The Sentinel, he learned the basics of journalism, and by delving into the social unrest in school and out of school that surrounded him as a teen, Solomon says he became more aware of events going on around him.

Solomon's interest in global issues has persisted through the decades. Though President Richard Nixon's escalation of the Vietnam War may be a thing of the past, the wars in Iraq and Afghanistan under Presidents George W. Bush and Barack Obama have drawn Solomon's attention and active opposition. "If we get a better understanding of our own history," he says, "then that will be empowering to us to make more conscious decisions about what we want to create now. In some sense, we can ask, how much has changed?" Solomon couldn't do much within a restrictive high school setting, but now he writes books and a nationally syndicated "Media Beat" column that exposes media bias, particularly in how it portrays the Iraq and Afghanistan wars.

The passage of time has also affected Redd's music career, but a certain continuity has remained in his musical lifestyle since his time at Montgomery Blair High School. More than 30 years after first hearing the Milt Jackson jazz album, Redd's life has come full circle. Just two years ago, the Milt Jackson Tribute band asked Redd to play a series of concerts with them as a tribute to the artist. Redd was ecstatic to be able to honor a man who was and continues to be his idol and who had first inspired him so long ago in the classrooms of old Blair.