"American Idol" has had its highs and lows throughout the show's 10 long seasons. Kelly Clarkson gave "Idol" the right push and subsequent seasons followed the precedent. Grammy Award winner Carrie Underwood, Academy and Grammy Award winner Jennifer Hudson and American Music Awards winner Chris Daughtry are only a few of the many success stories that have come from many seasons of high ratings, insightful judges and unbelievable talent. Still, it is easy to forget about those winners that have gone MIA on the music scene since their "Idol" victories. Remember Taylor Hicks, Ruben Studdard and Fantasia Barrino? Let's not forget the one-hit wonders from the show's last three seasons including David Cook, Kris Allen and Lee De ... who? 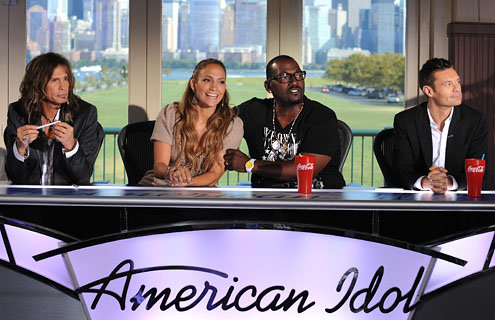 Photo: The new judges have shown a whole new dynamic that is redefining what American Idol is and can become.

Photo: The new judges have shown a whole new dynamic that is redefining what American Idol is and can become.

But if there's one word to describe this season so far, it's "whoa." In addition to all the emotion, drama and tension that are guaranteed in any season of "Idol," this year's contestants will leave audiences in shock with their powerful and often surprising voices. While this season may be dominated by talented 15-year-olds who were deemed eligible for "Idol" just this year, contestants of all ages have talent that is sure to take them far into the competition. Here are our picks for this season's top 10 contestants! But first...

The judges
Hard-to-follow changes – from the original trio to the addition and now subtraction of Kara DioGuardi and Ellen Degeneres – has recently put the show on the rocks. With the musical expertise of new judges Steven Tyler and Jennifer Lopez, the show surely made a comeback for its stellar tenth season.

Lopez and Tyler are breaths of fresh air for "Idol," especially after dealing with Paula Abdul's giddiness. Lopez replaces Abdul as the only female judge on the panel, but brings new life to the show by having true musical ability. J.Lo's singing career shot her life into super stardom and her opinions and advice are truly useful for all contestants. She offers a personal connection to every contestant that sings his or her heart out on stage. This kind of sincerity is what makes "American Idol" a bigger hit this comeback season.

Like Lopez, Tyler is an obvious choice for a new judge and may replace Simon Cowell as the ultimate cynic. Although Tyler's jokes might come across as insensitive, Aerosmith's million-dollar empire proves he has a unique look into show business due to first hand experience. Tyler knows what will make it and J.Lo knows what that person will sound like. As for Randy Jackson and host Ryan Seacrest, don't expect anything new. They are still there judging and hosting, respectively. But with a new generation of judges, contestants and talent ahead of us, this season is guaranteed to be unforgettable. After all, this is "A-MER-ican Idol," dawg. 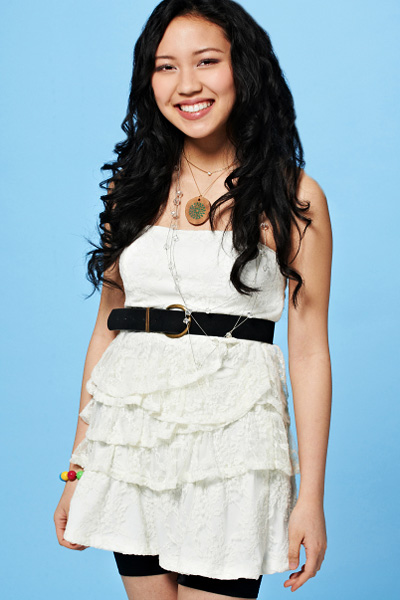 Photo: Only 15 years old, Thia Megia sings way beyond her age and was rewarded by being placed in the Top 24. She is sure to be a fan favorite and will breeze into the Top 10.

Photo: Only 15 years old, Thia Megia sings way beyond her age and was rewarded by being placed in the Top 24. She is sure to be a fan favorite and will breeze into the Top 10.

Good things come in small packages, and Thia Megia is certainly no exception. This 15-year-old singer was a finalist on "America's Got Talent" and blew the "AI" judges away in her Milwaukee audition with her soulful take on Adele's "Chasing Pavements." During Hollywood week, Megia's mature and semi-raspy voice earned her approval from J. Lo, who called Megia amazing. Megia's voice is a combination of soul and gentleness; her style is the perfect union of Amy Winehouse and Lady Gaga. Remember Megia because she will go far in the competition, not just because her name rhymes.

Robbie Rosen
Even before he started singing in his audition, Robbie Rosen had the audience fighting back tears. As a child, Rosen was paralyzed in a wheelchair for months. In his audition, the now 17-year-old sang a charming rendition of The Beatles' "Yesterday," complete with an impressive range of notes and melodious vocal trickles. Rosen already touched audiences with his emotional story; now, prepare to be captivated by his soothing voice. 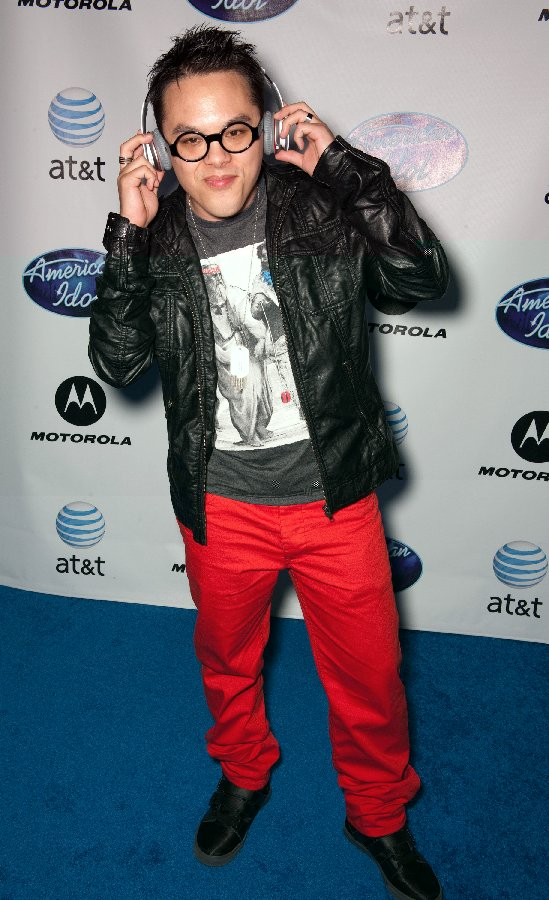 Photo: Don't let those glasses fool you, Clint Jun Gamboa means business. He is there to win American Idol, and he shows potential with his pipes.

Photo: Don't let those glasses fool you, Clint Jun Gamboa means business. He is there to win American Idol, and he shows potential with his pipes.

There's more to this karaoke bar host than his signature circular glasses. Gamboa first wowed the judges with "Billionaire" in his audition. Although the judges were initially big fans of the "June Bug," Gamboa's decision to kick fan favorite Jaycee Badeaux out of his group during Hollywood Week did not sit well with the judges and may have earned Gamboa an egotistic reputation. Lucky for him, Gamboa's strong voice and bold personality will be major distractions for the audience and should be enough for him to cruise into the top 10.

Karen Rodriguez
As a New York native, Karen Rodriguez possesses a fiery personality that is reflective of her hometown. The judges could sense her energy even through her MySpace audition and brought her out to Los Angeles to hear her in person, though Rodriguez did not have the strongest performances during Hollywood Week. However, after singing Lopez's "If You Had My Love" and a Selena Quintanilla-Pérez song, Rodriguez established a closer connection with Lopez and landed in the top 24. While her vocals might not be the strongest in the competition, her passion and lively spirit will quickly make her a fan favorite. Rodriguez aspires to be the first Hispanic American Idol. With her cheerful energy, that dream could certainly become a reality.

Tim Halperin
Tim Halperin is yet another of many J. Lo lovers on the show. His performance of Maroon 5's "She Will Be Loved" was enough to charm Lopez from the very beginning. Although Jackson was not convinced that Halperin was ready for the competition, the contestant improved significantly during Hollywood week, choosing songs that showed off his musical style. Still, he struggled to find his message as an artist until he chose to sing an original song for his final audition. Halperin's growth so far is only a sneak peek of the success he will have in the upcoming weeks.

James Durbin
James Durbin is the perfect tale for overcoming obstacles. Diagnosed with Tourettes syndrome and Asperger's at an early age, Durbin pulls at all of America's heartstrings. His voice helps push him forward into the final 24 and most likely the top 10 and America's hearts because he sings from the heart. Who doesn't love a man that can escape into his music? Steven Tyler even let Durbin serenade him during auditions with one of his own songs. But more obstacles are sure to come for this Santa Cruz native because of his lack of formal musical training, which makes it difficult for him to harmonize correctly. With support from family, fellow contestants and especially the judges will only make Durbin an "Idol" favorite. 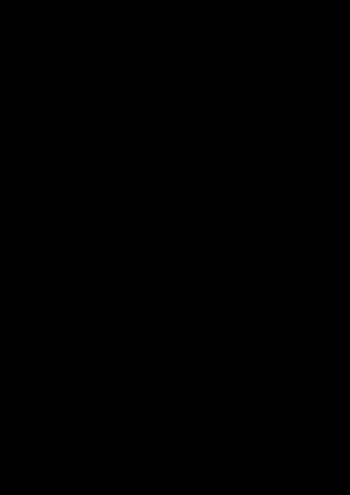 Photo: Julie Zorrilla not only wowed the judges during her San Francisco audition with her sky high shoes, but also with her harmonizing vocals.

Photo: Julie Zorrilla not only wowed the judges during her San Francisco audition with her sky high shoes, but also with her harmonizing vocals.

From the moment Julia Zorrilla walked into the "American Idol" audition room in San Francisco, it was obvious she had star quality. Zorrilla wowed all the judges with her rendition of "Summertime" and continued to prove herself during Hollywood week and in Las Vegas. Although her clothes may overshadow her voice, it is hard not to automatically fall in love with Zorrilla's charismatic personality. From her shoes - which J.Lo loved - to her bright smile, Zorrilla's voice and star quality will sail her through the competition.

Scotty McCreery
For all of those country music fans out there, Scotty McCreery resembles the low singing Josh Turner. McCreery's voice made him a fan and judge favorite from the very beginning and that attitude has carried him throughout the competition. Once fans start calling in McCreery is sure to be on their minds because he has such a unique voice. The low baritone has high chances just based on his Southern roots, looking at the long line of previous winners from the South; McCreery seems to have a note up in the competition.

Ashthon Jones
Ashthon Jones resembles a different type of "Idol." Her R&B style pushes her apart from the rest of the competition, and compares her to major stars like Beyonce and Tina Turner - both of whom happen to be her musical idols. Jones impressed the judges with her rendition of "And I am Telling You" through the power and the soul she gave the audience of millions of viewers throughout the performance. Jones also projects a bubbly attitude through her voice and her actions, which will make her a quick fan favorite. Hopefully throughout the competition, Jones' voice will progress into what it has the potential to become. Keep an eye out for this choir girl.

Paul McDonald
Ignore the suit that Paul McDonald wore when he did his last chance song before making it into the final 24, because it might distract you from his soft, delicate voice. He seemed to be hidden for a small amount of time, but after he sang The Beatles' "Blackbird" with fellow contestant Kendra Chantelle, even Tyler said he loved the contestant's voice. Although the term unique may be overused when referring to "Idol," McDonald really is truly one-of-a-kind. He may have taken a while to truly stand out from the rest, but McDonald's risk-taking choices for an original song and outfit choice threw him onto viewers' and voters' radars. McDonald will surely continue to impress because in the case of his vocals, less is definitely more.