International film has been highly undervalued in the U.S. but that might be changing

The awards season is in full swing and movie fans are talking about the same high profile actors, big shot directors and, of course, Hollywood’s inclusivity problem. But this year, a new star has emerged onto the big screen: foreign films. Last year, Roma set a high standard for successful foreign films, with its director Alfonso Cuarón winning an Academy Award for best director. However, a year later, those standards have been smashed.

The wildly successful South Korean feature film Parasite garnered six Academy Award nominations this year as well as winning the Palme d’Or at the 2019 Cannes Film Festival and a Golden Globe for best foreign language motion picture. Parasite's unmatched success is well-deserved and hopefully foreshadows a future in which Americans recognize international films as much as they recognize American movies. 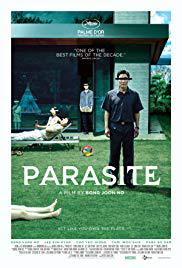 Photo: International film has been highly undervalued in the U.S. but that might be changing

Photo: International film has been highly undervalued in the U.S. but that might be changing

Americans are often scared of movies in languages other than English. People write subtitles off as an inconvenience. But the trivial effort needed to read the subtitles of a two hour movie is well worth it. “Parasite” director Bong Joon Ho said it perfectly in his acceptance speech at the Golden Globes: “Once you overcome the 1-inch-tall barrier of subtitles, you will be introduced to so many more amazing films.”

The value of exposure to entertainment from other countries is underappreciated. Foreign films provide the opportunity to take a glance into the lives of people from across the world. Not only can you discover a whole new world of film, but you are introduced to the ideals and beliefs of other cultures. International film can be the first step toward a more global perspective, something that Americans lack.

Generally, international news and travel are not valued as much in the U.S. as in other countries. In fact, in research conducted by OnePoll on 2,000 people across the country 40 percent of those surveyed had never left the county. 11 percent of the group had never even traveled outside of their home state. Furthermore, a 2016 National Geographic study showed that most young Americans could not pass a test on international affairs. Whether this is the result of disinterest or lack of information, Americans need to do a better job at looking past our borders and foreign films are a good start.

This year’s Academy Award nominees for best international feature film is a group of extraordinary movies in a diverse set of languages. This year’s nominees include films from Poland, North Macedonia, France, Spain and South Korea. While we could all be enjoying these beautiful films and learning about the cultures of other countries, the majority of Americans will be missing out because they are scared of subtitles.

Americans need to remember that not every cinematic masterpiece comes out of Hollywood. By ignoring film that comes from other countries, we are excluding ourselves from a more global society. This award season, and every season, we should take Bong Joon Ho’s advice and get over the 1-inch-tall barrier.