The Blair stage will once again shine with Blazer talent as the Thespian Club takes the stage this Friday to perform Four Acts of Desperation, a series of one-acts that glow with twisted drama and unique personality. Directed by seniors Adam Carey and Andy Scott, the compelling variety of scenes depicts tales of rebellion, scandal, warped relationships, deep sentiments and unsolved mysteries that provide everything from comedy to tragedy.

The first act, Jonathan Rand's "Drugs are Bad," presents a distorted rendition of the typical defiantly disobedient teenager who faces a stern lecture from his parents. The dad (freshman Nick Coffey) and mom (sophomore Katerina Klavon) reprimand their wholesome, intelligent son Brad (freshman Michael Gelfeld) for being concerned with his education and healthy well-being. In an unconventional debate that sparkles with humor and wit, Blair players tackle Rand's genius screenplay and create an engaging scene that reveals unexpected twists among an amusing family squabble. 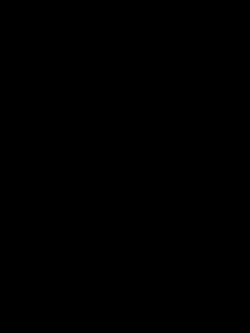 Donning summery attire, another group of Blazers takes the stage to perform "Finding the Sun" by Edward Albee. In distinct couples, the characters lounge on the shore, mulling about one another and engaging in heated conversations about the scandal sizzling beneath the calm exterior of certain individuals. The marriage of Abigail (senior Nora McNally) and Benjamin (sophomore Michael DalBello) is permanently stained by an old love affair that reignites when husband and wife Daniel (sophomore Alec Wurzbacher) and Cordelia (sophomore Tasmin Swanson) arrive on the beach front. With old fires flaming once again, a haughty Cordelia and a desperate Abigail are forced to acknowledge an old scandal as Benjamin and Daniel grapple with newfound emotions.

With this discovery in the air, Daniel's good-natured father Henden (senior Robin Dreher) and his chatty wife Gertrude (Anna Snapp) enter the scene. The introduction of Edmee (sophomore Emma Kaufman) and charmingly naïve 16-year-old Fergus (junior Christina Munoz-Pandya) paves the way for a beach-wide gossip fest that reveals a tangle of thinly veiled dislike and surprising emotional depth. As the characters engage in profound conversations about the past and future, they contemplate the meaning of relationships and belonging. Despite humorous moments and witty repartee, tragedy slowly reveals itself. Full of poignant intensity, carpe diem themes and a quirky collage of personalities, this act shows the drama that ensues when an old secret is revealed.

A third set of actors performs Stanley Houghton's "The Dear Departed," in which two haughty daughters are brought together against their will by their mother's death. As snobbish and nitpicky Amelia Slater (junior Julie Radomski) and her practical and reluctant husband (junior Nellie Beckett) scramble for the mother's (senior Gloria Rinonos) prized possessions, their shocked daughter (sophomore Lindsay Rini) looks on in disbelief. With the arrival of Amelia's sister Elizabeth (senior Allie Berger) and her drunkard husband (junior Rachel Gelfeld), the Slaters must feign innocence and sincere grief under Elizabeth's critical and disdainful eye. But a comical misunderstanding leaves the family in disarray and forces the two sisters to clamber for excuses for their self-centered behavior. Humorous character interactions, accompanied by noteworthy cast performances, make this act especially entertaining.

The final act, scene five of "Doubt" by John Patrick Shanley, explores the mystery behind the questionable behavior of a priest and his reasons for concealing the truth. When stern Sister Aloysius (sophomore Casey Goldvale) and innocent Sister James (sophomore Elizabeth Spilsbury) invite Father Flynn (senior Robin Dreher) for a calm discussion, the low-key chat turns into a wildly accusatory investigation that puts Father Flynn at fault for sinful behavior. As he tries to weasel out of responsibility, Sister Aloysius' skepticism and obstinacy forces the truth to be exposed. Goldvale's sarcasm and the engaging interaction between Sisters James and Aloysius create a compelling scene that weaves critical suspicion with a search for truth.

The show's greatest strength lies within the huge range of character personalities that shine onstage. This compelling variety enhances the entertaining acts, which are already bursting with twisted tales of trauma, love, tragedy, scandal and radical misunderstandings. The show is undoubtedly fun, even with its poignant depth of emotion, as it features many unexpected twists and turns that keep the audience engaged.

In an eclectic collection of ironic humor, light frivolity and emotional depth that illuminates the intricacies of diverse character personalities, Thespian's One-Acts are truly a must-see. Complemented by talented performers, the entertaining vignettes invite audiences into a tangle of scandalous pasts, love triangles, suspicion, surprising plot twists and fun characters that are sure to please audiences with their bundles of personality.