On Nov.16, Prince William of Wales and his longtime girlfriend Kate Middleton announced that they would be married at the end of this coming April. This royal engagement was sure to gain immediate media attention, but as the weeks go on, the feeding frenzy has started to go overboard. 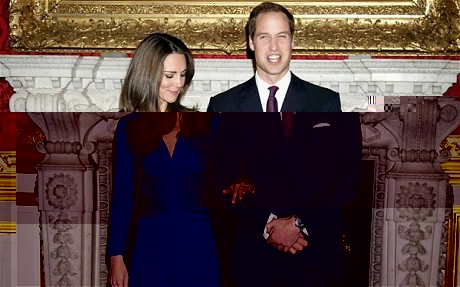 Being the son of the late Princess Diana of Wales and second in line of succession to the throne, Prince William has always been a worldwide celebrity. Now, everywhere you look pictures and stories about his upcoming wedding consume newspapers, televisions and magazines. The event is being publicized as the most exciting royal wedding since that of Prince Charles and Lady Diana over 20 years ago.

Prince William is extremely popular among Americans in general and although the large event is taking place outside of the U.S., people are still enamored with all of the buzz sounding the wedding plans. Of course, the royal engagement is a momentous occurrence in the eyes of many people, but enough is enough. The royal wedding is beginning to go from a union of love and celebration to a spectacle being put on for the general public.

It seems as though everyday a new detail about the wedding finds its way to the media. First it was Middleton's 18 karat engagement ring which previously belonged to Princess Diana, and now there are rumors that rapper Snoop Dogg wrote a song for Prince William's bachelor party entitled "Wet.” Apparently, 100 commoners will be randomly selected to win tickets to the event in Westminster Abbey, London. There is even talk of the wedding ceremony being broadcasted in 3D.

There is a great amount of fascination centered on the wedding, but private matters should be kept private. Although the news of the engagement brings a bit of joy and happiness that will help to balance out the numerous number of unpleasant and depressing stories being reported on at the moment, it is time for the media to give all the coverage a rest. Prince William and Middleton should be able to enjoy the engagement process in peace.

Nonetheless, the more people who read the articles and feed into the extended exposure, the more it will continue to stick around. If everything goes as planned, Prince William and Middleton will stay happily married too each other for the rest of their lives. With that being said, the couple already has enough to worry about while planning their wedding and don't need the media prying into them with such meddlesome attention.