An epicenter of new rap

Joey Bada$$, Pro Era, Flatbush Zombies, Dyme-A-Duzin and The Underachievers—these are just a few of the names of rappers and groups who have leapt onto the hip-hop scene. They are part of the new hip-hop movement which is focused on returning rap to its golden age of great lyricists and great beats that are reminiscent of soul instead of electronic music. Although they are not part of mainstream music, most have had international tours and are gaining deserved popularity every day. 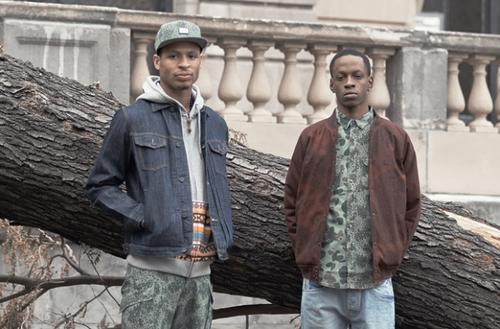 Photo: The Underachievers are a group that are not afraid to rep Brooklyn.

Photo: The Underachievers are a group that are not afraid to rep Brooklyn.

All of these rappers originate from Brooklyn and are in the self-titled Beastcoast movement not only because they are from the same place but because of their sound. Some of these groups also tour together, like on the Beastcoast tour which featured The Underachievers, Flatbush Zombies, Pro Era and Joey Bada$$. This sound is described as a "new old wave of Hip-Hop," in the words of Anthony Fantano, a popular music critic on YouTube who is self-described as the "biggest music nerd on the Internet."

This sound is more appealing to hip-hop fans because it is based on good music itself if all of the rap is taken away. Another appealing aspect of this new movement is the importance placed on clever lines and the ability to actually spit fire, instead of the mainstream feel of crazy beats most exemplified in an overuse of hi-hat hits and catchy hook lines. This mainstream feel can be exemplified in the music of rapper Chief Keef, who honestly does not know how to rap and survives on famous phrases.

This new hip-hop movement in Brooklyn can be compared to other movements which also placed importance on returning things to the basics. The rap genre is at the age now where new listeners have not heard that "vintage sound" and are more used to the new style of rap previously mentioned. This "new" sound can be seen as old to some long time hip-hop listeners but for this new generation, it is something people have been looking for. Beats in the songs "The Mahdi" by the Underachievers, "Survival Tactics" by Joey Bada$$ and "New Brooklyn" by Dyme-A-Duzin are just examples of these new sounds. In all of these songs, the focus is on instruments that could be played live instead of on a computer.

These groups have also gained the attention of Blazers. "The Underachievers are sick," junior Kyle Kirwan said.

Joey Bada$$ is the leader of Pro Era, a group that can be called the spearhead of the movement. Bada$$ is one of the most recognized of all of the Brooklyn rappers, since he was featured on an A$ap Rocky song and is one of the XXL Freshman 13, a list that featured other rappers such as Schoolboy Q, Trinidad James and Action Bronson. As of recently, Bada$$ is also being interviewed for many magazines such as "Notion" and "The Fly."

Photo: Rapper Joey Bada$$ is one of the key parts in the Beastcoast movement.

Photo: Rapper Joey Bada$$ is one of the key parts in the Beastcoast movement.

Some Blazers believe this popularity is deserved. "Joey brings an old school flavor that is very refreshing, focuses on lyrics and doesn't rap about things that normal rappers rap about… He is a very good lyricist," junior Graham Lindsley said.

Pro Era is another spearhead of this movement because they have provided a spark to this movement, mimicking old styles magnificently. In the Pro Era mixtape Peep:the Aprocopalyse and Bada$$ mixtapes 1999 and Summer Knights, all of these sounds are demonstrated and change from song to song. Another member of Pro Era, CJ Fly, recently released a mixtape called Thee Way Eye See It which is another example of how the Pro Era excels at re-creating and merging the 90's with the sounds of today. The title of CJ Fly's album demonstrates this connection between this movement and that of old hip-hop because of the use of the word eye. De La Soul, a pioneer of rap music in the era that Pro Era is trying to recreate also used the word eye in this way.

All of these artists including Dyme-A-Duzin are sure to become common names in the hip-hop world due to the constant craving of a "new" sound by a new generation of hip-hop fanatics.

Editor's note: Joey Bada$$ and the Underachievers will play at the Fillmore in Silver Spring on Nov. 29. All of the mentioned songs are explicit.