Pixar's newest movie is not your ordinary fairy-tale

Pixar bravely introduces a host of firsts, including its first fairytale and its first heroine in its new animated hit, "Brave." Following in the trend of shying away from the classic damsel-in-distress, the movie's independent and fierce princess immediately promises a very different fairytale with unique characters that moviegoers have come to expect from Pixar.

While the movie is lacking in its plot, the artistic elements are sensational. There is impeccable attention to detail as the animators recreate the Scottish wilderness. The stunning graphics are combined with Scottish accents of the voice actors, Celtic music and a deep influence from Celtic folklore to truly transport the audience to medieval Scotland.

Some of these elements also give "Brave" a darker vibe. Many scenes take place in the dark forest or barren, abandoned castles and it is difficult to discern whether the magic and spirits involved are good or evil. Merida also has many close encounters with a demon bear which can be frightening even for older audiences. However, comic relief is constantly provided by the suitors miserably failing to win Merida's hand and Merida's three adorable, mischievous little brothers who use trickery and create havoc to help save the day. 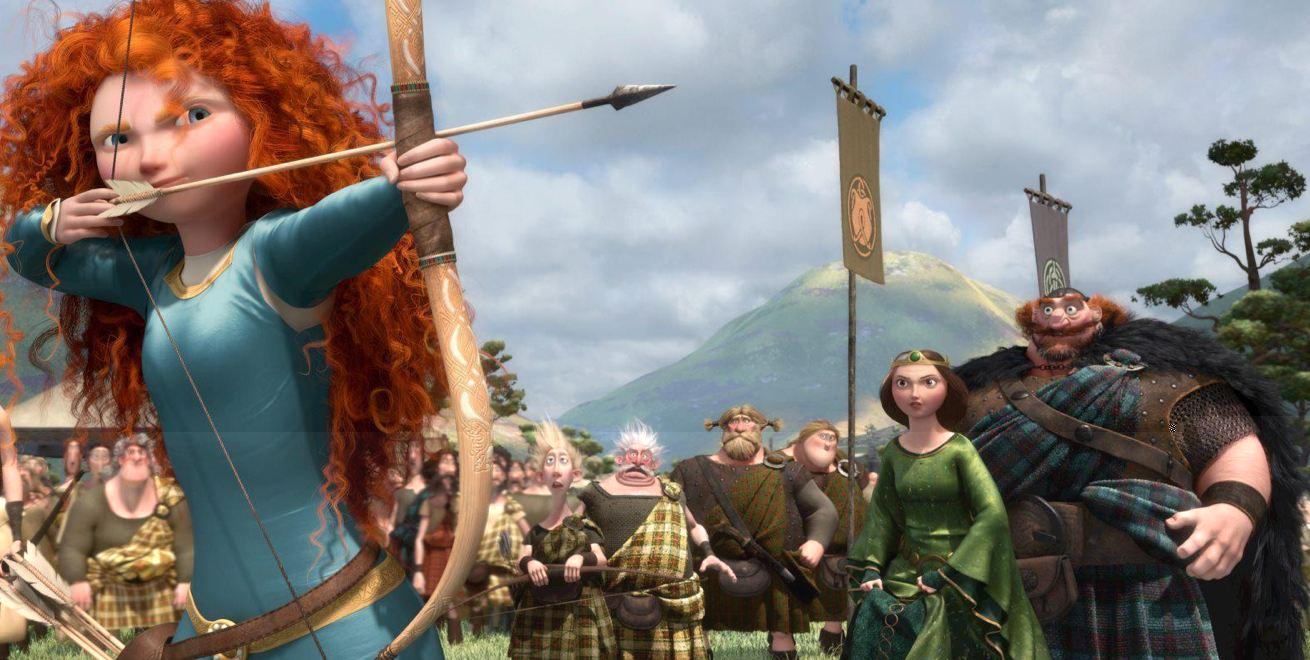 Photo: Pixar's newest leading lady is not your average princess.

Photo: Pixar's newest leading lady is not your average princess.

"Brave" also focuses on family ties, a fresh theme that sets itself apart from most summer movies that are heavy with romance. By shifting the focus away from romance, the movie is able to develop a safe but strong heroine that is relatable for teenagers and enjoyable for all ages and genders. Teens relate to Merida's desire for freedom and a chance to control her destiny, while parents understand Elinor's frustration with her daughter.

Though "Brave" is a tale of princesses and magic spells, it is ultimately a story of the struggle and bond between parents and their children and the journeys they must brave together.

"Brave" is rated PG for some scary action and rude humor and is now playing in theaters everywhere. Also available in 3D.