Obama's speech earlier this month was filled with plans for the future – the majority of which focused on the president's proposed legislation to fuel America's economy. If passed by Congress, the American Jobs Act will provide tax cuts to the unemployed and small businesses, while creating more long-term job opportunities. In his address, Obama urged Congress to consider the legislation, which would enact tax cuts for citizens, as well as businesses that hire the unemployed. His word of the night, "pass," was said more than 15 times in many different ways. "You should pass this jobs plan right away," "pass this jobs bill," "pass this bill." 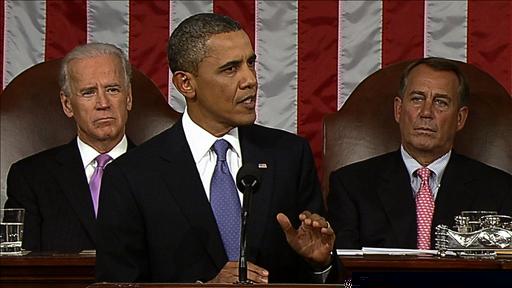 But when you get down the bottom of it, the American Job Act becomes a lot more confusing and a lot less passable. Obama's plan will give $4,000 in tax credit to any employer who hires someone who has spent six months looking for a job. It asks Congress to add additional savings to the $1.5 trillion they've already agreed to rummage together by the Christmas deadline. The bill is intended to eliminate the loopholes that corporations have discovered in order to cut back on taxes.

These are all worthy ventures that the American people can wholeheartedly support. But how exactly Obama intends to pay for these tax credits, find these savings for Congress and eliminate longstanding loopholes is a mystery. If these were simple goals, they would have been reached a long time ago. What the American public wants, and needs, is an actual plan to generate these savings, but instead they given were a lot of empty words that did not amount to much.

Obama's lack of initiative and impact is a widespread criticism of his presidency, especially as the 2012 election begins to gain momentum. Keeping this in mind, Obama having a bill to propose is a step in the right direction. But unfortunately, this speech marked more of a change in the president than it will for the nation. His words were a lot of nothing strung together. The speech may have been rhetorical and catchy, but it has no application. Congress could decide to pass the American Job Act today, but where would the money come from to fund it?

Though Obama's speech was more idealistic than it was realistic, it had its merits. The president's plea to start "rebuilding America" includes updating schools and transportation systems, both of which are valuable investments that will not only receive bipartisan support, but will also help manufacture jobs. These are the concepts that need to go hand in hand with other efforts. Streamlining the tax code to eliminate tax loopholes is one step towards the "rebuilding" the country. Getting support from the private sector, which has billions of dollars that aren't being used to generate jobs, is another. Obama's speech, as flawed as it was, did have a point. America needs to act, and it needs to act now.