APUSH to stay true to curriculum

History courses should teach the facts about American history

On Sept. 29, author and retired neurosurgeon Ben Carson stated that the new Advanced Placement United States History class (APUSH) curriculum will lead to students being "ready to sign up for ISIS" when they finish the course. The new curriculum, which incited the comment, was reorganized in order to place more of a focus on specific events, documents and people as opposed to an overview of a wide array of topics. 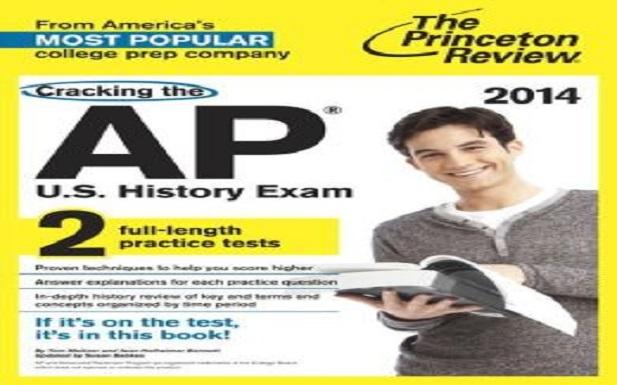 Though Carson's suggestion that students will want to join the terrorist group ISIS is a very extreme view, many conservatives agree that the new curriculum is 'anti-American' and that it should focus solely on American exceptionalism: the belief that the United States is the best. But the point of school isn't to influence students' beliefs, which countries to support and how patriotic they should be. Teachers need to give the facts.

According to a survey conducted by the College Board, 72 percent of teachers reported that "the course covers too many topics in not enough depth." Only six percent of teachers surveyed feel similarly about the new curriculum. According to College Board, the new curriculum provides an "in-depth examination of American founding documents, the Constitution and important leaders and citizens from American history," whereas the previous course "required a breathless race through American history, preventing teachers and students from examining topics of local interest in depth." This is clearly an improvement from the old curriculum since it takes away the pressure to memorize all those dates and names.

There are devastating parts in every country's history. If teachers were to gloss over the negative sections of U.S. history, students wouldn't be getting a good understanding as to what actually happened. It shouldn't matter if something is 'anti-American' if it's part of history. People like Ben Carson cannot change what happened in the past, regardless of how they reflect on America. For example, Japanese internment camps during World War II in the United States are one of the most shameful acts in American history, and it's extremely important for students to know that. Without that knowledge, students wouldn't be able to understand the roots of still-prevalent racism that existed in the U.S. during World War II.

Additionally, the new curriculum is viewed as anti-American because of its new focus on groups that were formerly underrepresented. Instead of showing how Blacks or American Indians just contributed to the white-man's history from the outside, there is more of an emphasis on their personal experiences in U.S. history as they tried to pursue their own dreams. "We study Native Americans as agents in history, as in what did they do to control their own destiny," Blair's APUSH teacher Anne Manuel said.

The curriculum does contain important ways in which the U.S. is unique. For example, the U.S. was one of the few countries to give cheap land to common people. "We study how after the revolution, there was a swath of land opening up which was an avenue for equal opportunity and is a big part of American identity," Manuel said. Additionally, the curriculum puts a spotlight on the experience of democratic government from the earliest days, which shows how the U.S. became what it is.

The purpose of APUSH isn't to be anti-American or to promote American exceptionalism. The purpose is to portray what happened through different perspectives. Students should be able to shape their own opinions and trust that they are learning the whole story. There are points in the class where students learn about the negative aspects of American history, just as are points where America's superiority is shown. That is just what history is: a combination of high and low points. So no, Ben Carson, the new curriculum probably won't inspire students to wear an American lapel. But I don't think that it'll encourage students to go join ISIS, either.