How to kill time in class

Most of the time, class is fun and engaging. But when you're just not feeling it, a much-needed break can pay dividends. If you're done with your assignment and looking to kill some time, here are some ideas for how you can turn a boring hour and a half into a fun one.

Teenagers have grown far less creative since the invention of the smart phone. They no longer need to come up with games themselves, because the App Store has thousands of them premade and ready to go. Games using phones or other electronics will not be included on this list, because nothing makes a bad day worse than having your phone confiscated by security.

No More E's
What you need to play: absolutely nothing!

This is probably the easiest game on this list to set up, but also the hardest to actually master. Go for as long as you can without using the letter E in speech. That might sound easy at first, but this particular vowel shows up in 13% of all English words, including common ones like, "the," "be," "have," and "there." This game is best played in a duo or in a group, because talking to yourself is no fun at all. Things get a bit dicey if you're called on to answer a question during class, so mad props if you keep it up through a whole period.

Word Sneak
What you need to play: absolutely nothing!

Once again, nothing is needed to get started except for someone to play with. Adapted from one of Jimmy Fallon's Tonight Show games, word sneak is a goofy battle between two or more people. One person has to think of a ridiculously silly word, like "fluffernutter," "pantaloons," or "hullabaloo," and the other person has to sneak it into a sentence. They can say this sentence to a third person, who has to guess which word was the one they had to sneak, or if you're feeling up to a challenge you can try to sneak it into a sentence that you say to the teacher or to the whole class. Get ready for some weird looks.

Kill Bill
What you need to play: pen and paper

Named after the 2003 Quentin Tarantino film, this game is all about doodling and using your imagination. Draw a stickman on a piece of paper. The gameplay is turn-based, with each player adding something to the doodle every turn. One person is tasked with defending the stickman, and the other player has to try to kill it. Draw a sword, a roadrunner and coyote-style anvil above his head, or a vat of acid directly below him. Then, the defender has to draw a shield, a giant fan, a trampoline, or anything else to save Bill at all costs. Don't let things get too serious; friendships have been ended over Kill Bill. 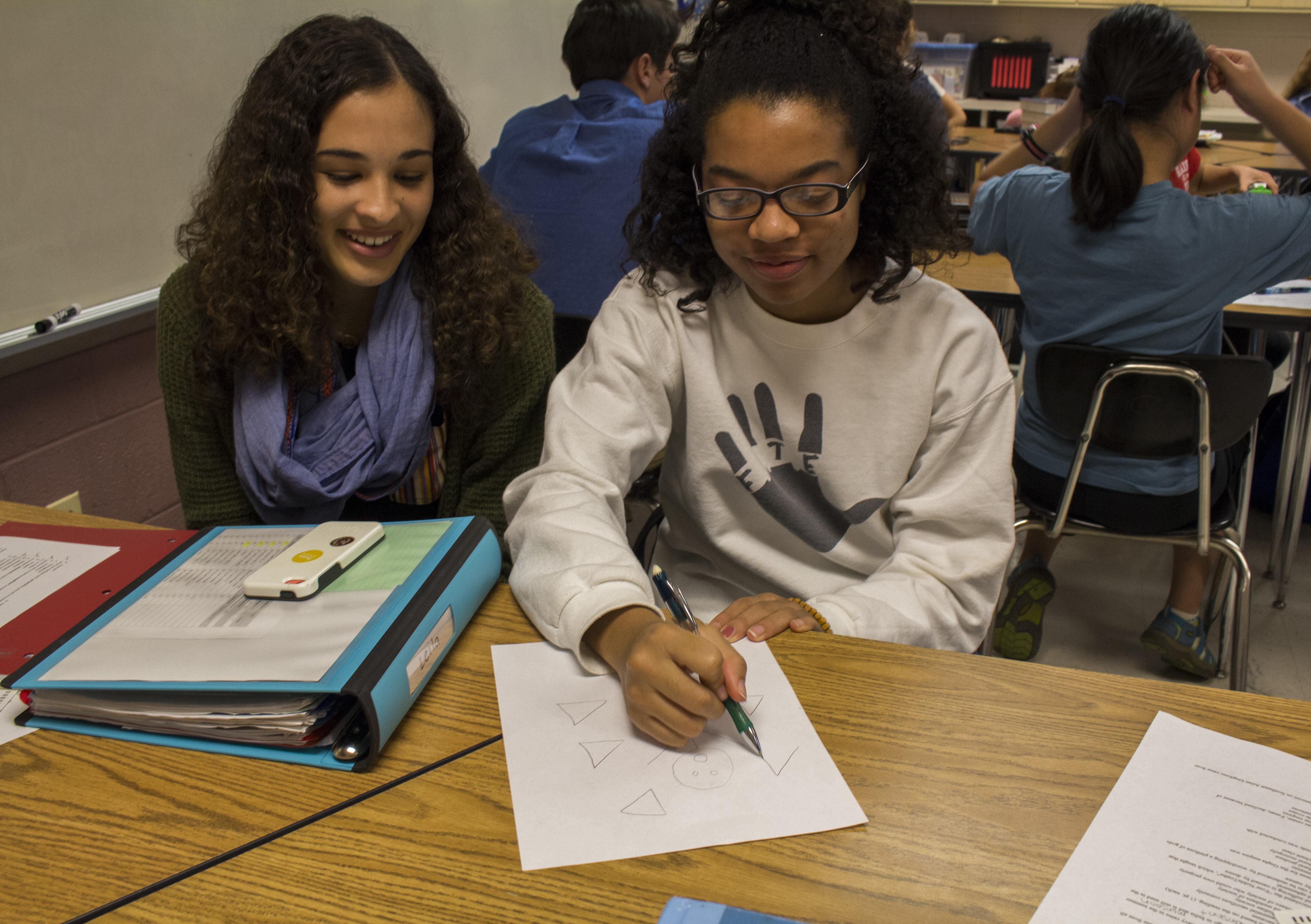 Blind Pictionary
What you need: pen and paper

If you're the kind of person for whom regular pictionary is just too easy, then this game is for you. Players take turns drawing or guessing. The drawer must think of a person, place, or thing, close their eyes, and draw it to the best of their ability while the guesser tries to figure out what it is. The best part of this game comes when the drawer opens their eyes to see the terrible collection of scribbles that they have created. Just don't play on the back of the notecards you are about to present on; I've made that mistake before.

These games are not for everyone. If you're behind in a class or the teacher doesn't take kindly to a little bit of clean fun, then please don't take these suggestions. But if you need something to do during a particularly boring period, then take these ideas and run with them. Make up your own and tweet them to us @mbhsSCO. And if your teacher gets angry and asks you who told you to shout the word "pantaloons" in the middle of class, you never read this article.