Ask Chips 3: Made of real meat

Hello all. Please ask us more questions (askchips.sco@gmail.com). This is an order from Barack Hussein Obama.

We know all teachers have seemingly inappropriate questions about students. So take a break from the grading, planning and acting like you're awake. If you're funny enough, we'll publish you (with or without your name) so that all your students can laugh with (at) you! Plus, we promise you won't get fired for your opinions. At least until our fearless leader Mr. Williams files a lawsuit, in which case we may be forced to disband or give your name, all in the name of Blair, so that the media won't tar our reputation.

With that said, let's get to the kosher turkey.

Winthorp asks, "What is Soulja Boy thinking right at this moment?" 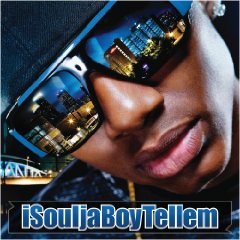 That's quite simple. Soulja Boy has been cranking that Roosevelt and superman-ing that "OH!" for a while now. He's been getting silly; he's Ya!!!-ing everyone he meets. Soulja is probably thinking of settling down and becoming Soulja Man. Soulja Boy is trying to find his Soulja Girl so they can both practice abstinence until their Soulja Marriage where they will be dubbed Soulja Husband and Soulja Wife. And in nine months, they'll have two and a half little Soulja babies cranking it around the house, bumping into walls and knocking over furniture. Then in one year they'll sell the rights to take pictures of their kids for millions of dollars and then Soulja Man will become a Soulja Scientologist. They will live Soulja-ly ever after. Thug life.

Ben Dover asks, "Which is worse: an ear full of wax or a nose full of hair?"

Biologically, both shouldn't be a problem. Hair is natural; some people get more, some people get less. It serves to block your nose from the flies and dust that can get up there. Wax is also natural. It helps lubricate your ear, keep it clean and prevent small things from seeping through your ear. Appearance-wise, earwax is worse. It's easy to hide nose hair - trim it or grow a bushy 'stache. But wax looks like clumpy sand in your ear. Plus, you hear less with the wax. Kevin would take the nose hair any day.

Dolly Parton's left...arm asks, "Who will save my soul?"

Well, we can assure you it's definitely not this guy. Seriously though, the only person who can save your soul is you. Be kind to others, stay in school, stop making ridiculously dumb decisions, et cetera, et cetera. Oh, you wanna know how you can really save your soul? Stop watching this poo.

It's called pent-up rage by the hate-cloud. For the past three years, Blair has been standing strong without incident. Besides the fires in the bathrooms, life has been without much trouble. Karma logically wants the hate-cloud and his brother, the trouble-cloud, to come because Blair actually passed AYP. So look on the bright side, you drama-queen reporters! We can predict where the clouds are moving next! 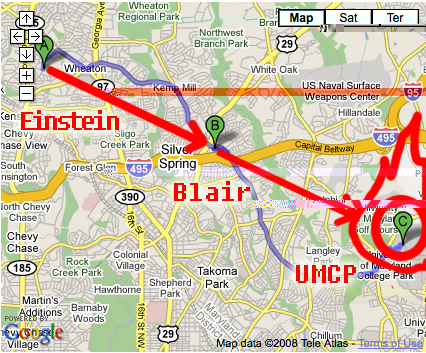 The hate-cloud was last seen in Crimestein before moving to Blair. So whenever the trouble-cloud leaves Blair, there will be violence in...let's project using Google Maps...the University of Maryland College Park!?!?! The path by driving, seen to the right looks strangely symmetrical! But clouds don't drive cars, so never mind.

Blair violence is simply sporadic and really happened in only one instance. So calm down - students are not going to suddenly rebel against everything like a virus is going around.

Money Mike asks, "Are you or have you ever been, down wit OPP?"

These strange new sayings come and go. Usually they come from one of two places: the Internet or other schools. Some strange sayings have come to Blair and are not used as much as they used to be used. For example, different forms of the word "cise" (cised, cising, et cetera), "blown" and "flipity flopity floop." Other sayings that have not yet seemed to reach Blair are "alias," "happy" and "niss." Where "alias" is another word for sketchy or creepy, "happy" is another word for "blown" (said sarcastically of course) and "niss" is another word for "nice" (a complete waste of anybody's time; no wonder it's from Quince Orchard).

OMGIDKMYBFFJELLO asks, "Who is better, Rihanna or Beyonce?"

Hm, this is quite a tough assessment to make. On one hand, you have Beyonce, overly confident - perhaps to the point of conceit - and annoyingly flamboyant but with more talent in her left buttock than Rihanna has in her entire 10-foot-tall body. But then again, Rihanna just seems so much nicer and more subdued - and possibly even prettier. Our final verdict is that Beyonce definitely wins on the talent scale but Rihanna owns on the likability scale. Now, the question is, which category is better? We here at ASK feel likability (i.e. Rihanna) prevails, since no one cares about talent anyway these days. But whatever floats your boat.