Athlete of the Month: September

Junior Donald Benamna is coming off of a sophomore season for which he was an honorable mention All-Gazette player, so expectations were high coming into this year. The boys' varsity soccer team went 11-5 last year on their way to the regional semi-finals but they are off to a bit of a slow start this year. They have taken down rivals B-CC and Northwood, as well as a decent Gaithersburg team, but they are currently on a two game losing streak, bringing them to 3-3 on the season. With the toughest parts of their schedule behind them, the Blazers will be looking to Benamna to get the team winning again.

So far, Benamna is leading the team with five goals, including a hat-trick in the Blazers' 7-0 mauling of the Gladiators. He was also a key player in Blair's 3-1 victory over the Barons as he recorded a goal and two assists. Benamna is currently a key piece of the puzzle for the Blazers trying to kickstart their season, but as he is only a junior, the sky is the limit.

Senior Sorel Gossin was a player to watch going in to the season, and hasn't let Blair down. A key player in the Blazer's offense, as well as an asset to the defense, Gossin, a second-year varsity player, has been a standout on Blair's football team. Despite the team's rough start, including two scoreless games, in which the Blazers lost by more than 40 points, the team seems to be headed in a positive direction, after winning on Saturday 13-8 to rival Northwood. Gossin has been a major part of this turnaround, scoring a receiving touchdown to put the Blazers ahead of the Gladiators.

In a team comprised of a lot of first year varsity players, Gossin's experience has helped him to guide younger players and lead by example. "My role on the team is to serve as sort of a role model and help be a leader," he said. As the team prepares for their next game against powerhouse Springbrook, Gossin will be an important factor in the Blazers' success or failure. 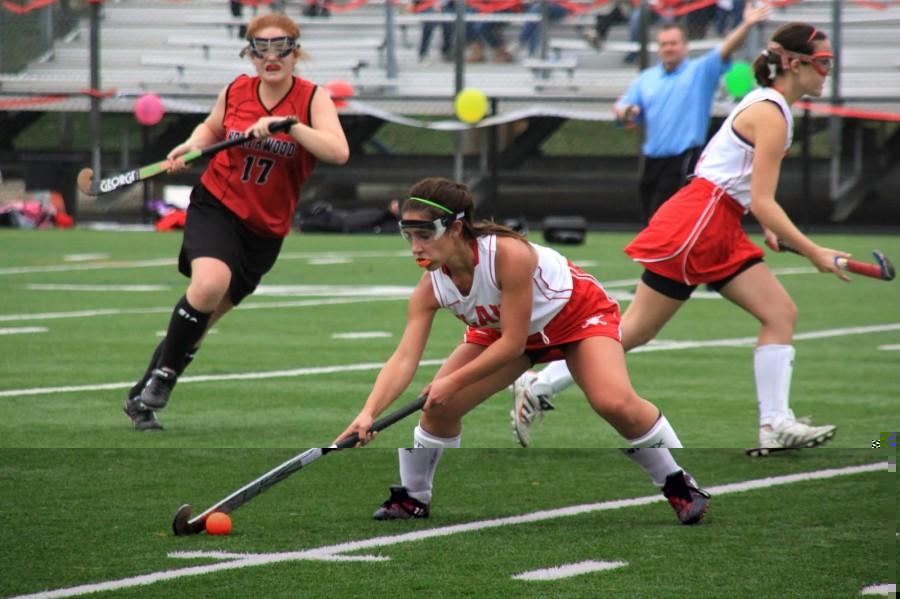 The varsity field hockey team (5-2) is off to a hot start, and much of that credit goes to senior captain Zoe McCarthy. McCarthy is a third-year varsity player, but this year has been different for her. Usually a forward, McCarthy has shifted to midfielder under new coach Candace Thurman. The change has paid, off as McCarthy has three goals and four assists, leading her team in both categories. Her combination of experience and leadership is key as the field hockey team attempts to build on its five-game win streak and continue its success down the road.