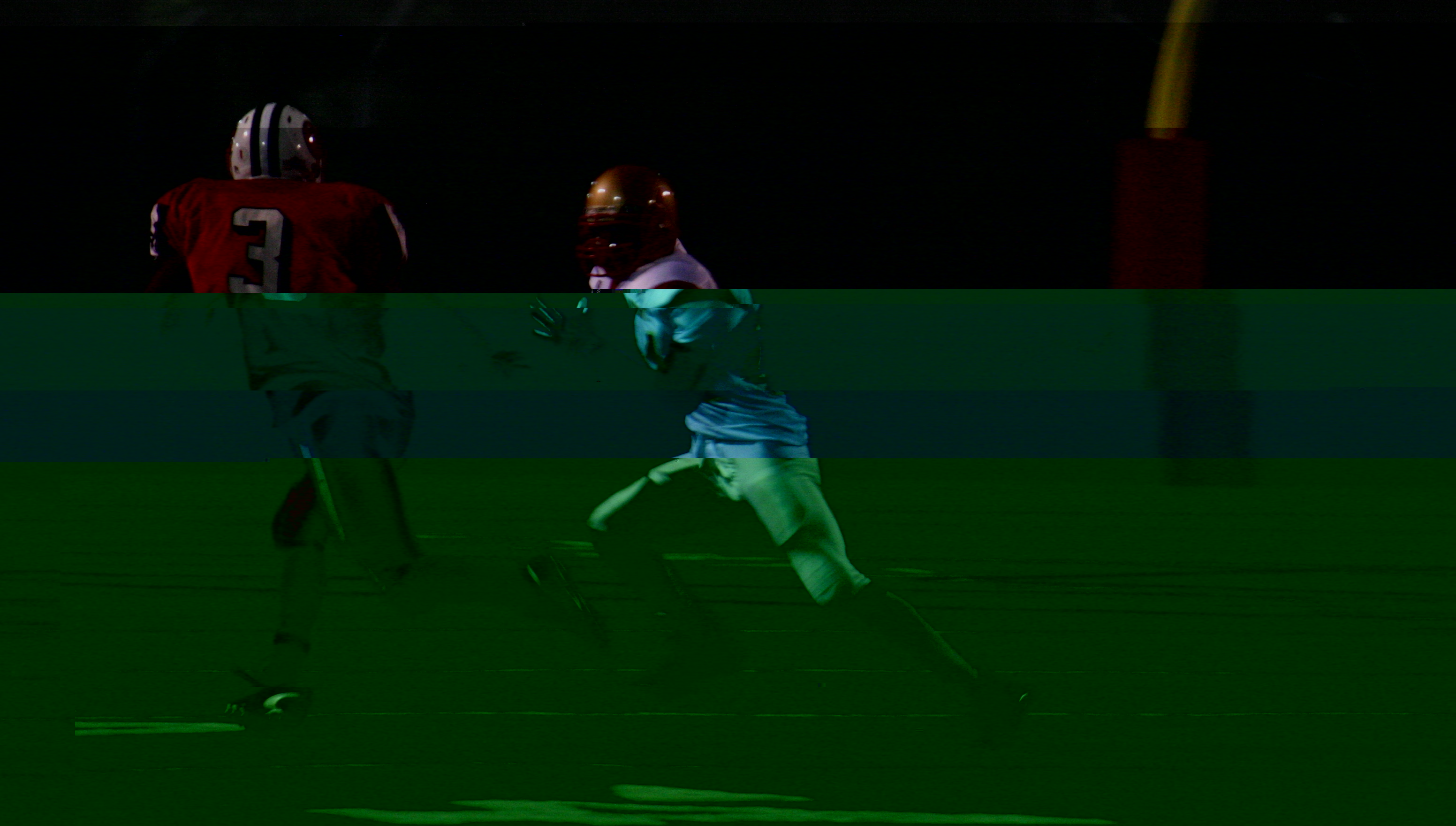 Sporting a fierce look of determination, senior Caleb Furlow gets the handoff at his own 30-yard line and calmly waits for his O-line to create the space he needs. When a gap in the defense opens up, he hits the hole with authority and breaks it to the outside. Crossing midfield, he stiff-arms a safety and stutter steps his way past the last defender. From there, he's off to the races for a Blair touchdown as the home crowd promptly erupts with joy.

Furlow is now in his second year on the varsity football team, having spent two years on JV. He excels on both sides of the ball. He is tough to tackle when he's toting the rock, and he is a shut-down corner when covering opposing receivers. He exhibits great speed and agility and gives his best effort on every down.

Along with establishing himself as a key player, Furlow has also taken a leadership role as one of the team's captains. Senior linebacker Chris Hinton has high praise for his close friend and teammate. "[Furlow] has great skill, and he's a very determined player," Hinton says. "But he's also a very team-oriented player."

Furlow is a student of the game, and he's always trying to improve individually. "I pay attention in practice and during tape sessions," he said. "My coaches are always pushing me to get better, too."

His focus has paid off as Furlow is putting up terrific numbers this season. He had over 200 total yards and two touchdowns in a 43-42 win over Wheaton. One of his scores against Wheaton came on an electrifying 60-yard run to jolt a Blazer comeback. "He brings a lot of athleticism and explosiveness to the team," Kelly said.

Furlow is a bright spot on a team that is struggling a bit this season, with a record of 1-5. He plans on winning some more games to finish his senior season on a high note. "It's not just me, it's also my teammates," he said. "Hopefully we can come together and prove ourselves on the field."