Sophomore third singles player Daniel Chen warms up with the boys' tennis team before the first divisional match of the season. Hitting against two of his teammates, he is outnumbered. Yet Chen sprints back and forth across the court, reaching for every shot. "He's like a wall," exclaims one teammate. "He gets everything back." 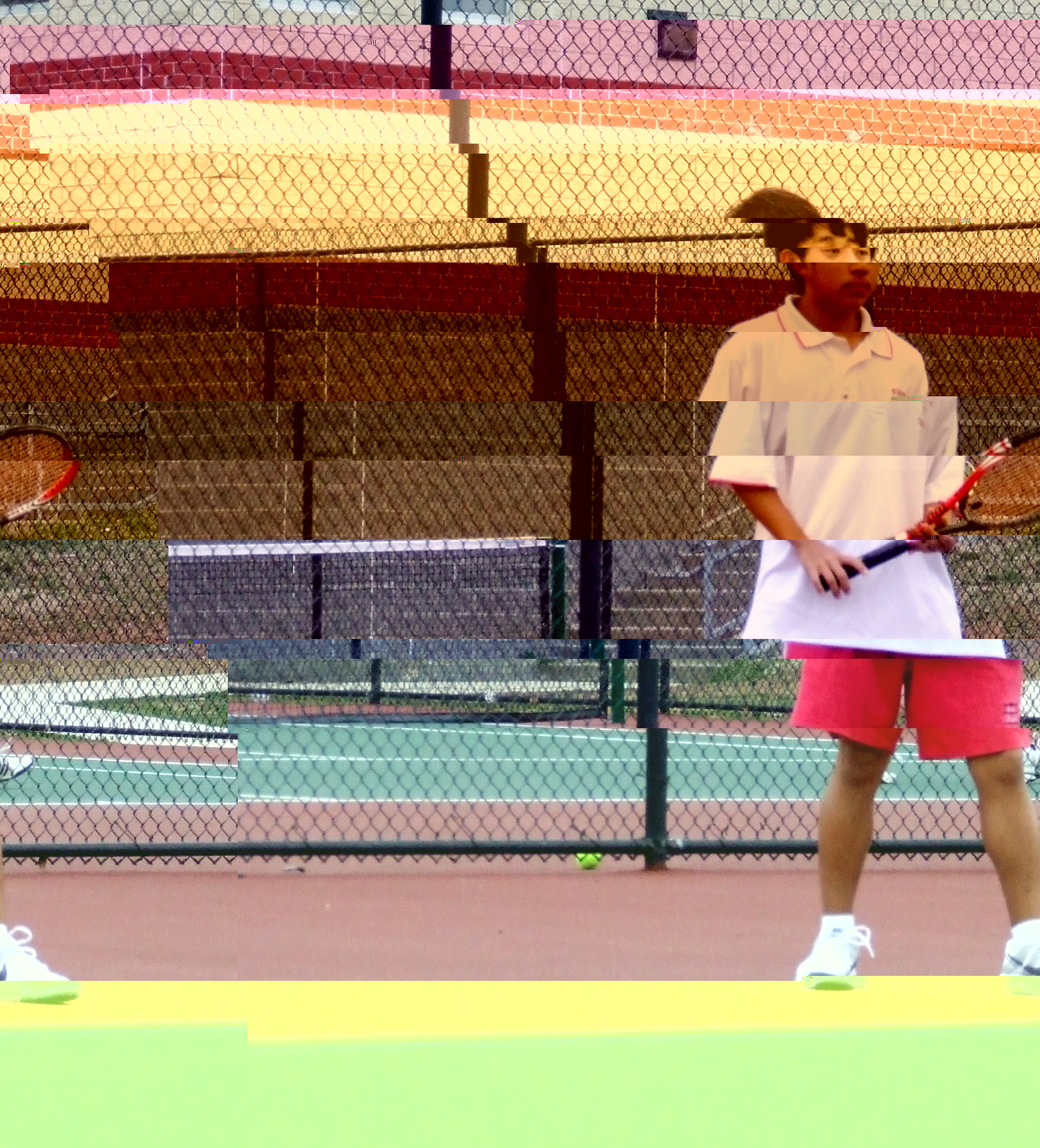 Chen: Athlete of the Week

Photo: Daniel Chen, a consistent and dedicated singles player, prepares to hit the ball during his first divisional match of the season.

Photo: Daniel Chen, a consistent and dedicated singles player, prepares to hit the ball during his first divisional match of the season.

Chen began his tennis career at the age of five, with his dad's encouragement. He did not enjoy it at first, but got hooked on the sport in eighth grade, when he began to practice every day. His practice regime taught him that being good at tennis depends on commitment as much as natural ability, and he developed a passion for the sport. "I like how you have to rely on yourself and the more you practice the better you get," Chen says. "It doesn't really have to do with talent, it has to do with hard work."

According to Coach David Ngbea, Chen's understanding of tennis and his dedication set him apart from the rest of the team. Ngbea says that Chen may be smaller in size than a lot of other players, but that does not stop him from being fierce on the court. Chen's tenacity, Ngbea says, will make him a strong leader and a great example for younger players in the future. "Tennis does not require brute force." Ngbea says. "It's a skill sport. All he needs to do is improve his skills and he can take it as far as he wants."

As a sophomore, Chen has already emerged as a leader on the team, helping other players improve their skills. Sophomore teammate Samir Durvasula says Chen is experienced and takes the time to give him advice on how to strengthen his ground strokes. But in Durvasula's opinion, Chen's perseverance and patience are not the only qualities that make him a great part the team and a tough competitor. Chen's steady mindset helps shield his feelings from his opponents. "Tennis is a mental game, so being able to stay calm on the court and not show your emotions is very positive," says Durvasula.

Ngbea believes Chen is a possible candidate for a college tennis team. "Daniel's future depends entirely on him," says the coach. "If he continues to work hard and train hard, then college tennis will be in his future." Chen definitely wants to keep playing for a long time to come, but perhaps not in college. While Chen would prefer to focus on his academics during those years, he says that tennis will always be a part of his life.