Junior captain Nika Lilley rhythmically bounces the ball as she waits for her cue to serve. She draws back her arm, but as she prepares to toss the ball, she is interrupted by a cry of "Yeah Nikalicious!" from the bleachers. She turns her head, wrinkles her nose and furrows her brow in response. Then she takes a deep breath, clears her mind of the distractions, and sends the ball over the net. She is unflappable. 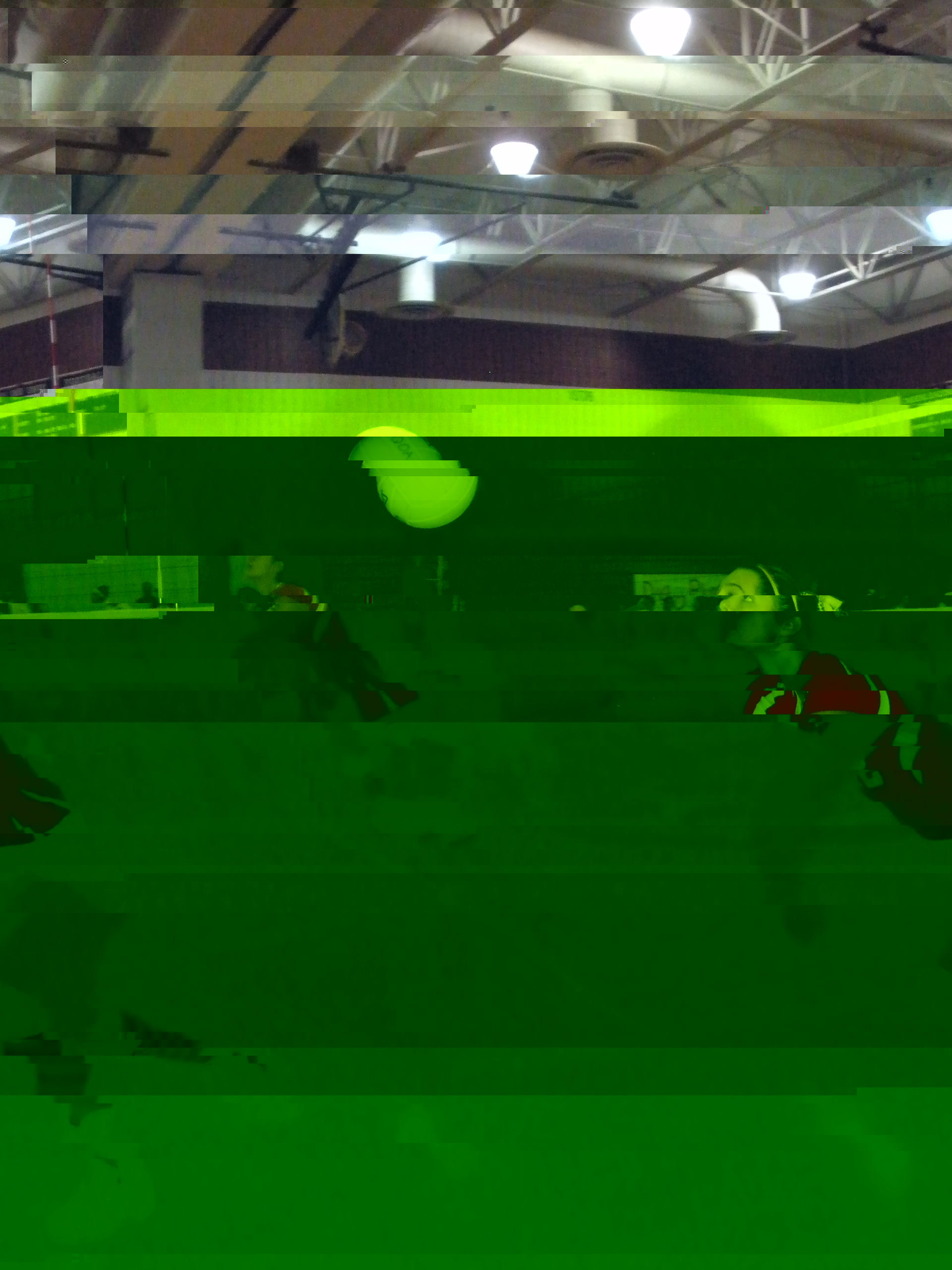 Photo: As a captain, Lilley contributes optimism and encouragement to her team.

Photo: As a captain, Lilley contributes optimism and encouragement to her team.

Lilley developed her passion for volleyball after playing on the girls' junior varsity (JV) team in her freshman year, with no prior volleyball experience. Lilley became motivated to move up in the sport when volleyball's head coach invited her to practice with the varsity team after the JV season ended. "The change in pace was intense," Lilley says. Lilley followed the advice of seniors and juniors on the varsity team and joined a club in order to practice volleyball in the offseason. In freshman year, Lilley joined the Montgomery Village Sports Association.

More experience helped Lilley figure out how to deal with pressure in volleyball. "You have to know how to forget things," she says. "If you focus on what you do wrong, you can't focus on what you need to do right."

It's this type of concentration that helped Lilley lead her team to a victory over Springbrook. "We were down in the fifth set, 13-6. Nika won several points and ties it back up to 14-13," head coach Christopher Klein says. "It was pretty much a miracle."

One of Lilley's greatest strengths is her ability to stay focused. "Nika seems to be immune to any sickness, injury or fluctuation of emotion," Klein jokes. The feeling of winning keeps Lilley dedicated in practice. "When I'm doing well, I feel really good about myself and I want to remember that feeling forever," Lilley says.

In addition to being a valuable hitter, as a team captain, Lilley is a source of positive energy among her teammates. "She doesn't get down on herself or other players during critical moments," sophomore Lizzy Liu says.

According to Klein, Lilley leads the team by setting a good example. "[Nika is] someone who does the right thing without being asked, who always has a positive attitude," Klein says.

For now, Lilley is enjoying the season with her fellow Blazers. As for her future in volleyball, Lilley is determined to keep playing either competitively or recreationally; Klein has confidence in Lilley's potential to compete in college. "I think if she continues to play competitive volleyball and develop her game, she can go and play Division I volleyball and earn a scholarship to play volleyball in college," Klein says.

Though Lilley would like to earn a scholarship for volleyball, her passion for the sport is what matters most to her. "There's always something to improve," she says. "I just want to be able to say I'm a good player."