Senior co-captain Peirce Marston stands on the pitcher's mound with a look of focus and determination. He releases the baseball, and the tension in the air melts away as the ball lands in the catcher's mitt. 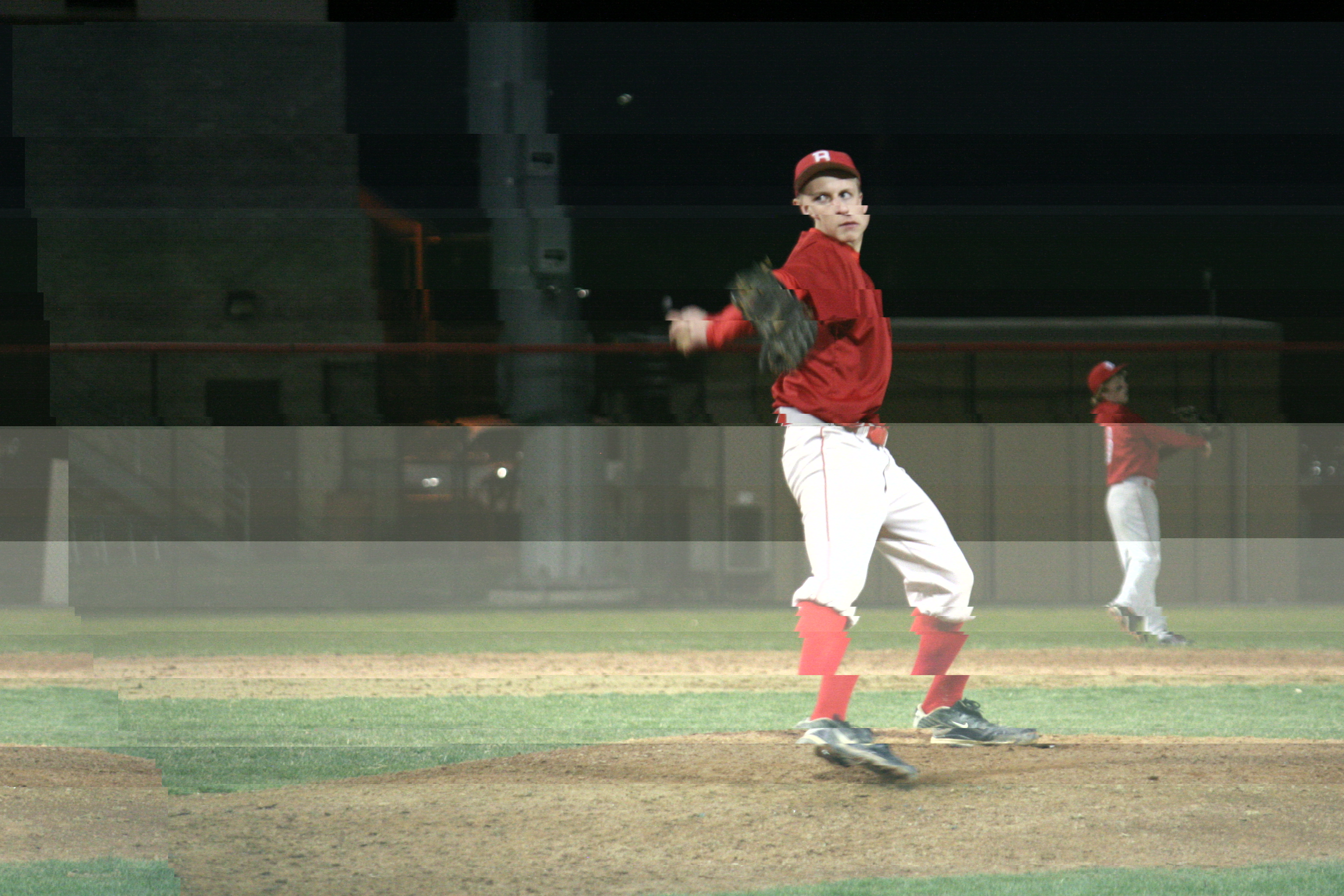 Marston: Athlete of the Week

Photo: Peirce Marston, a reliable pitcher for Blair's varsity baseball team, prepares to pitch during the second game of the season.

Peirce Marston, a reliable pitcher for Blair's varsity baseball team, prepares to pitch during the second game of the season.  Photo courtesy of Molly Ellison.

Marston's talent and his approach to baseball have made him a crucial member of Blair's varsity baseball team since his freshman year. According to senior teammate Nevin Brown, Marston's ability to think strategically is responsible, in part, for his success as a pitcher. "He's smart and thinks about everything he's doing, and he tries to outsmart everyone. He gets the job done," Brown says.

Although Marston began playing baseball at a very young age, he grew up playing other sports, including hockey, as well. His affinity for baseball developed when he discovered his exceptional skill for the sport. "I started when I was four or five, just because it was a game to play, and once I found out I was good at it, I played more and more," he says.

According to Coach John MacDonald, Marston's dedication defines him as a standout player on a team that, traditionally, does not have a winning record. MacDonald identifies Marston's work ethic as a crucial component to his athleticism. "He's a hard worker. He's played in competitive teams outside Blair over the summers, which has made him poised and used to competition at this level," he said. Further, MacDonald defends Marston as a dependable pitcher when discussing his record. "He has a record of eight wins and eight losses as a pitcher, but he's done it on teams that have lost more games than they've won," he said.

Although Marston will graduate this year, his baseball career will not come to an end. Marston says that he has been recruited to play baseball at the Stevens Institute of Technology in Hoboken, New Jersey. Both Marston and MacDonald see the opportunity to pitch at the college level as a useful opportunity. "He's going to have to get stronger, and that's something that they'll do in college," says MacDonald.