The ball quickly alternates sides of the net and the crowd waits, wondering which team will be first to lose control of it. Such rallies add intensity to the head to head match, but senior setter Robert Huang refuses to crumble under the pressure. Huang leaps into the air above all other players and aggressively sends the ball over the net. It lands perfectly on the opposing side with a powerful thud, leaving the entire gym in awe. 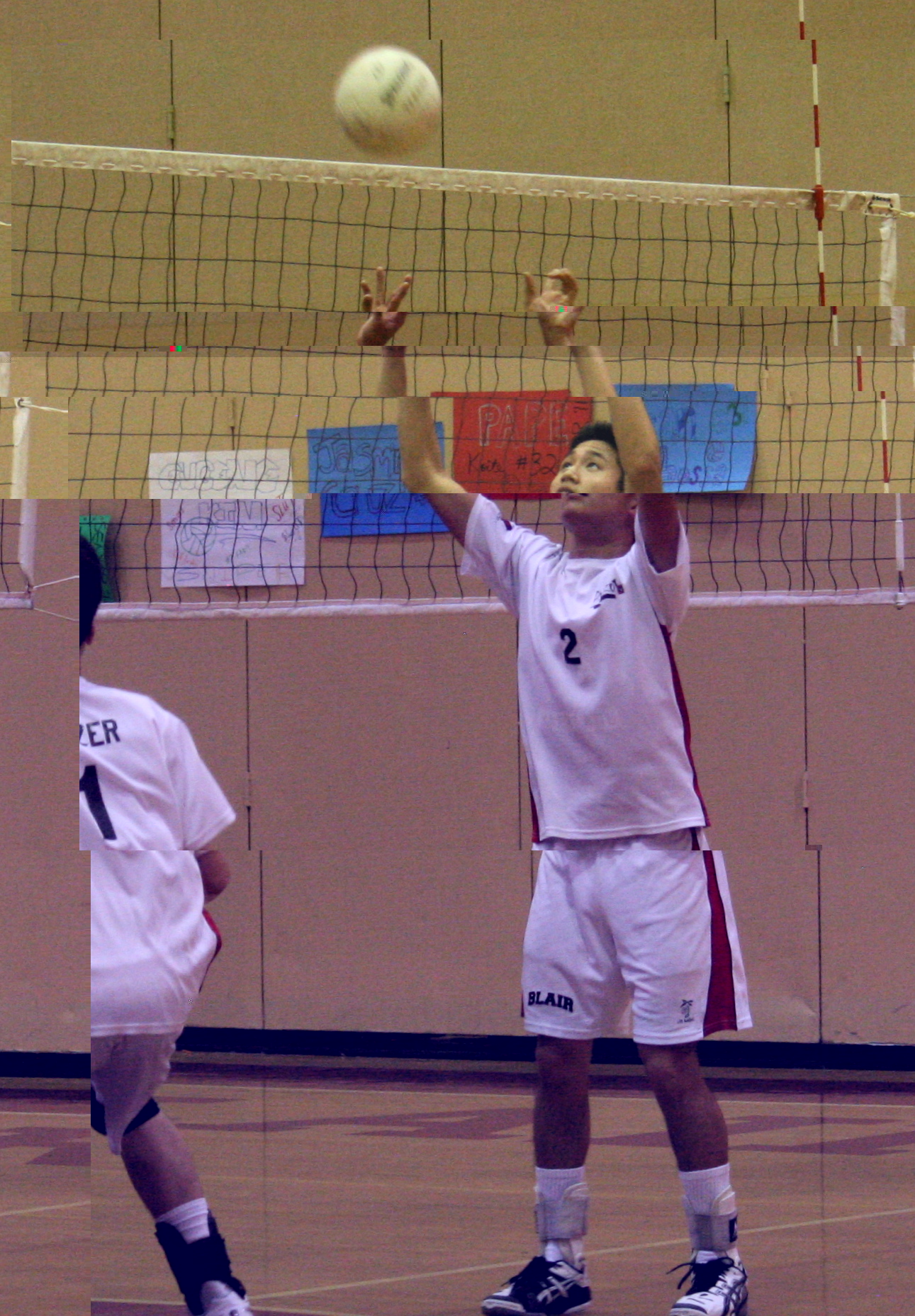 Photo: Senior Robert Huang sets the ball for a teammate.

Playing on a volleyball team involves a great amount of cooperation. Communication and trust are key in a game where one wrong move will send the ball to the ground. On Blair boys' volleyball, Huang is a chief communicator. "He is able to teach the other people on the team how to improve themselves in a firm, yet enriching manner during practices and even during games," senior teammate Eugene Kim says.

Huang began playing organized volleyball at the age of 12 with strong encouragement from his parents. He has played on various club teams over the years and serves as a captain of the volleyball squad this season. Huang knows that hard work and dedication are what really allow him to develop his skills. "I am motivated to become better when I see great people play and I try to emulate them," he says.

Head Coach Chris Liang views Huang as an essential coach on the floor. "Robert has been on the team for the longest time out of any of the other players," he notes. "He pretty much knows exactly what I am looking for during matches and helps to keep everyone organized."

As a junior, Huang was named First Team All-Gazette due to his leadership and talent on the court. His ability to get the team to rally together in times of trouble is what makes him such an amazing leader. "He is our rock," junior Rick Narcisse says. "When things aren't going well, we are reminded to have no fear because Robert is here."

When all is said and done, Huang admits that he will miss playing volleyball as a Blazer for more reason than one. Along with the sense of team cohesion and unity, Huang will miss volleyball matches with his brother at his side. "Playing for Blair is really special because I get to play with my younger brother, Ricci Huang," he explains. "Even though we both play competitively on travel teams, we rarely get the chance to play competitively with each other."

For now, Huang continues to stay focused on the goals that the team set at the beginning of the season. If the Blazers continue to play the way they are playing, he believes that anything is possible. "I want us to win states this year," he says. "All we have to do is play our game; we're the favorites."