Athletes of the Month

Wearing jersey number 43, senior Olivia Nono's presence captivates on the court as she selflessly leads her team. Standing poised and at the ready, she calls out to teammates, giving direction, and then sprints, blasting ahead of the crowd, as she rushes to defend the basket.

Nono began playing basketball when her parents signed her up to play on an Amateur Athletic Union (AAU) team during the summer after eighth grade and has been on the team since her freshmen year. "I started playing because it was a good way to get in shape and be athletic. I just fell in love with it," she explains. 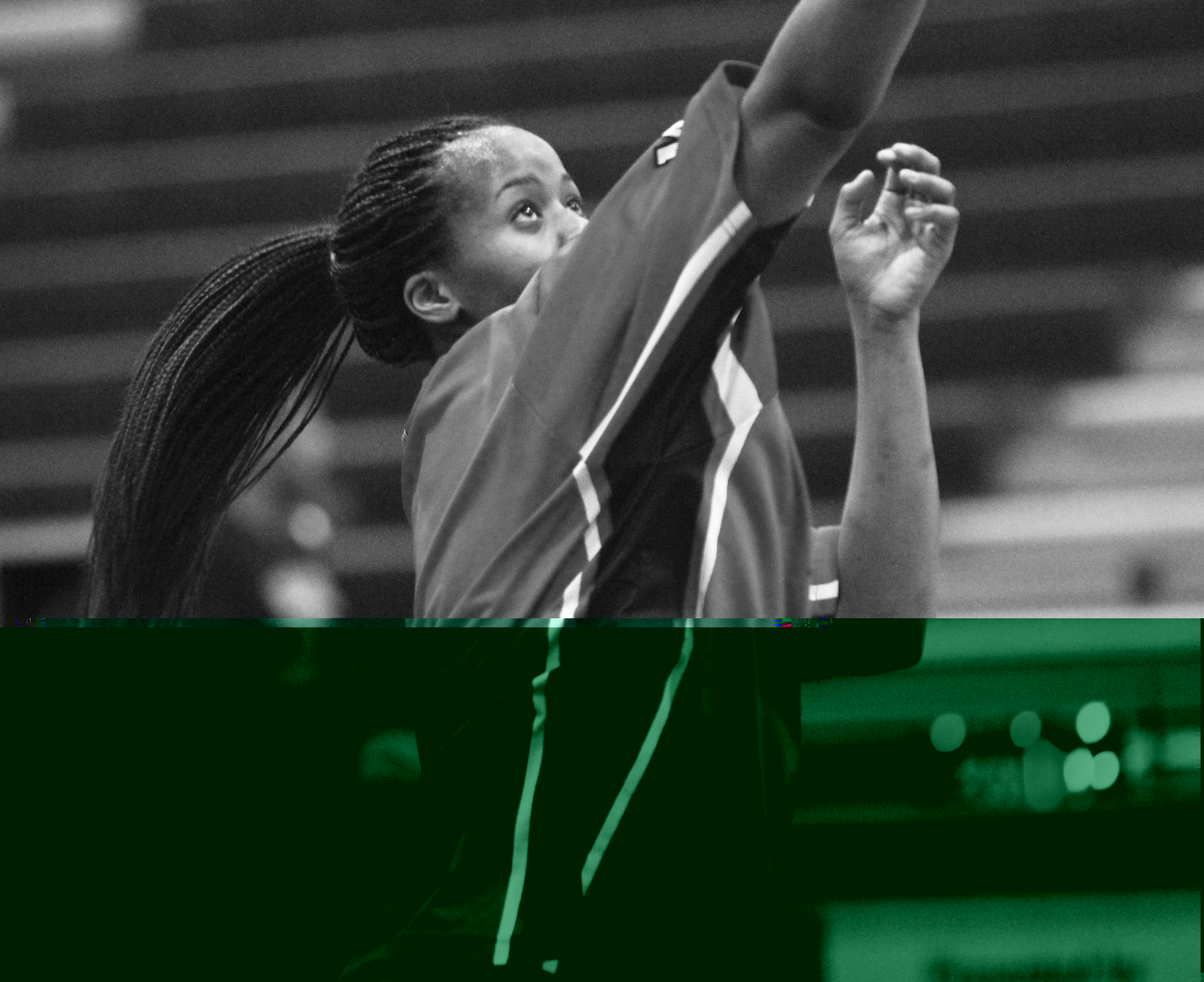 Photo: Senior co-captain Olivia Nono is a leader on and off the court for girls' basketball.

Photo: Senior co-captain Olivia Nono is a leader on and off the court for girls' basketball.  Photo courtesy of Tolu Omokehinde.

She is one of the captains on the team, and leads with her positivity and her volume. "On the court it's important to communicate so everyone knows what's going on," she says. Erin Conley, the head coach describes her as strong captain. "She leads them on and off the floor," she says.

Junior Jordyn Schroeder, one of Nono's teammates, cherishes Nono's leadership. "I trust that she wants us to succeed and she knows how to bring out the best in each player," she says.

Nono describes her strengths as passing and defensive stops, and scores an average of 4 to 6 points per game. Schroeder enjoys playing with Nono. She says, "[Olivia] is a good teammate. She's very aggressive and hustles a lot."

Nono says that one of her favorite parts of the sport is the competition. "Over time [my passion] has gotten stronger as the competition got bigger," she says. And as for her team, the competition helped them succeed this season, where they have made some major improvements from last year. "We were the underdog and this year we proved that we were really a team to beat. All the hard work we put in is really being shown."

Basketball is a demanding sport and has one of the longest seasons. Nono has learned to divide her time among all her responsibilities. "You have to learn how to balance outside activities, basketball and school," she says. However she thinks the loaded schedule is worth it because she believes that playing helps her to become better at everything else she does.

If he doesn't stop this shot, his team has little chance of winning. All the pressure falls on him. Junior Michel Devynck, the starting goalie for Blair's ice hockey team (5-2) is in the spotlight when he's on the ice. Devynck is an excelent goalie with a strong track record of making the key stops.

Devynck began his hockey career around the age of six, inspired by professional hockey players. "I saw the [National Hockey League's] Stanley Cup finals and got really excited and wanted to play like them," Devynck says. 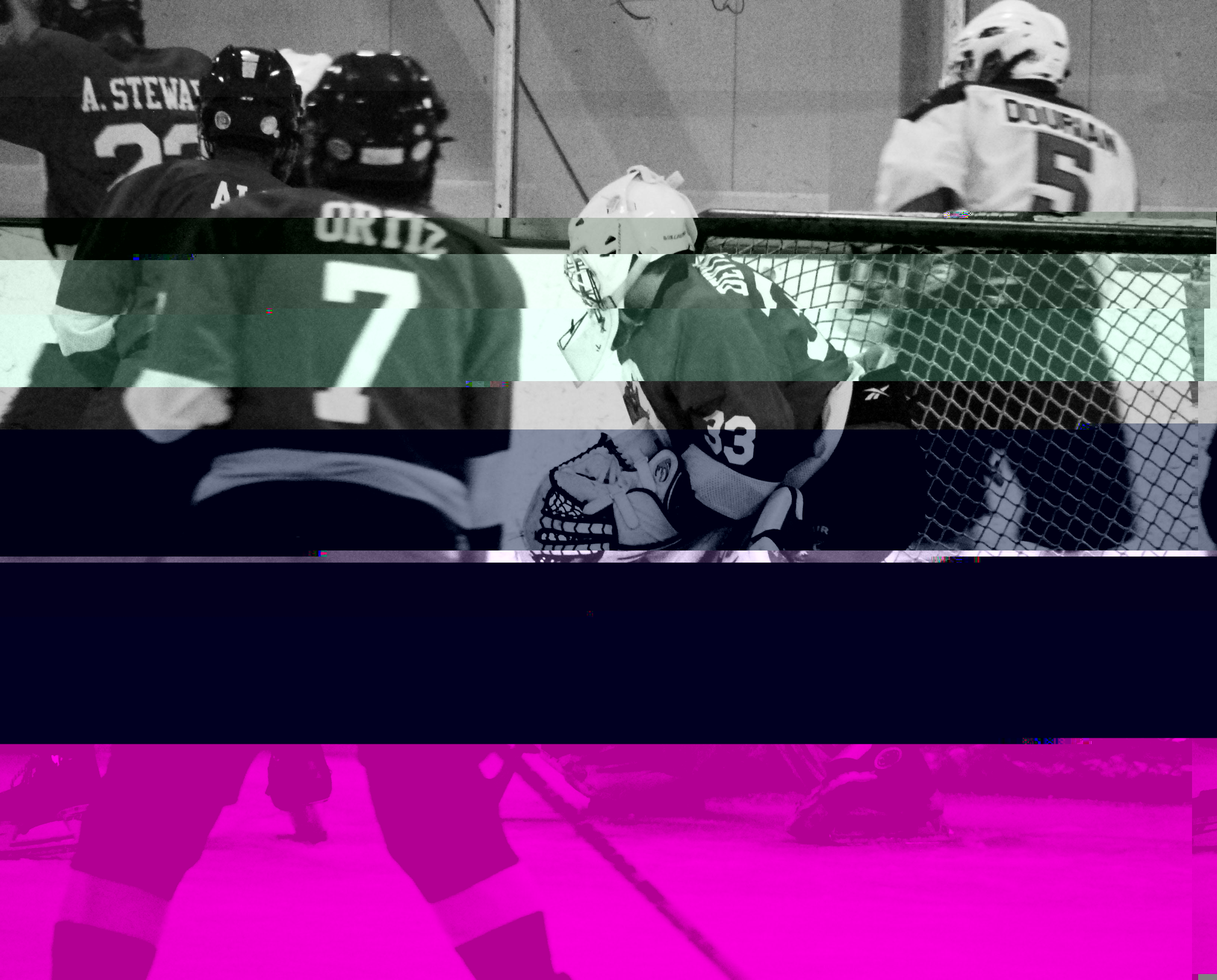 As Devynck played more and more hockey he moved around to play different positions. But then he volunteered to play goalie one day, fell in love with the position and has played it ever since.

By starting so early, he has a leg up his teammates, many of whom only recently started playing. He brings his extensive hockey knowledge to the Blair team, where teammates such as freshman Javier Lopez learn from him. "He definitely knows what he's doing," Lopez says.

Devynck's strengths have evolved to fit his position as goalie. "I think one of my strengths is patience. You need to be really patient," Devynck says. Devynck has also developed over the years and became skilled at stopping the puck with the glove. "I've been told that I have a good glove hand," Devynck says.

Devynck also brings leadership to the team. "Goalie is a leader on the team. I have to use that to the best of my ability. I'm a big talker in the locker room," Devynck says.

Lopez agrees and believes Devynck helps the team when he speaks to them. "He's motivating and really vocal," he says.

Devynck hopes that these skills will carry him to a successful college athletic career. He currently plays on the Metro Maple Leafs, but is also looking at teams that will help him better prepare for a future in hockey. Devynck knows that there is more work to be done in order to prepare for the next level.

Devynck hopes that all of the work he has put in since he first started playing ten years ago will finally pay off when he suits up in college. "I'd really like to play in college, to play for a good program," he says.