Attempt at a new playoff system is backfiring

With two wildcard teams set to face off in the 2014 World Series, we should take the time to reflect on the system that was set in place to prevent wildcard teams from making it this far. 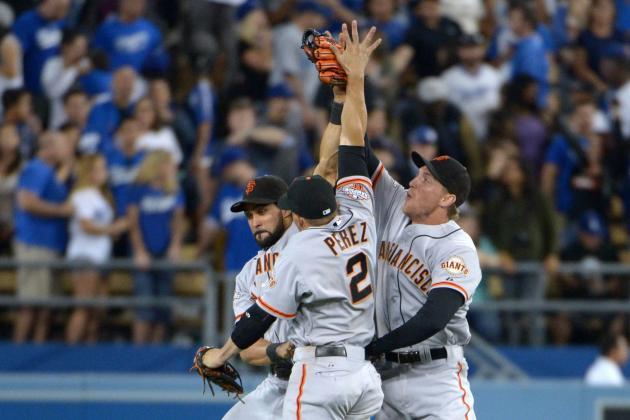 Photo: The San Francisco Giants made it to the World Series this year.

The San Francisco Giants made it to the World Series this year.  Photo courtesy of Bleacher Report.

In 2011, the St. Louis Cardinals had a record of 86-76 in the regular season. They finished second in their division but managed to make it into the playoffs with the worst regular season record and the lowest seed in the playoffs. Nobody expected them to make it past the first round. However, the Cardinals defied the odds and made it to the World Series, where they beat the Texas Rangers in seven games.

The system gave each team an equal chance to make it to the World Series once they had qualified for the playoffs. While some teams may have been better than others, they all played the same number of games with the same number of chances to move on. The only perks given to the best were playing the wildcard team and home-field advantage.

In 2011, the Philadelphia Phillies won 102 games in the regular season, more games than they had ever won in their 126-year existence. But somehow, the Cardinals, who only won 86 games, won the National League pennant and went on the win the World Series.

In November of 2011, Major League Baseball announced that it would be adding another wildcard spot to the playoffs in each league, beginning the system in use today.

The two wildcard teams face off in an elimination game or "wildcard game": one game to decide who moves on and who goes home. The game is supposed to give more incentive for teams to win the division and not just settle for the wildcard, but it is also supposed to give an advantage to the team with the best record by having the wildcard team burn their best pitcher in the elimination game.

In the American League, the Kansas City Royals have won all eight of their postseason games. Since beating the Oakland Athletics in the elimination game, they have gone on an incredible streak. They swept the Los Angeles Angels—who held the best record in baseball this season—and swept the Orioles, a team that had previously beat the Detroit Tigers in three games while defeating the last three Cy Young award winners. This postseason streak by the Royals has broken the record for most consecutive playoff wins in a postseason.

This system helps with one thing and one thing only: forcing teams to strive for division titles instead of wildcard slots. Nobody wants to play one game to decide their season's fate. However, the second goal of giving division winners a better chance to make it to the World Series has not turned out the way baseball thought it would.

The only true explanation for this is lack of pressure. That's all it is. When a wildcard team makes it through the elimination game they feel like they have already made it. They're just playing on house money at that point. The team they are playing against, on the other hand, has all the pressure in the world. Most division winners feel like it's World Series or bust, while the World Series is just a distant thought for wildcard teams. Combine these two mind sets and the wildcard teams are set for success.

There isn't really anything MLB can do about this issue, so they need to stop trying to remedy the situation. Baseball is played by human beings and human beings are not robots. They can't just expect the "best teams" to make it to the World Series because once the playoffs begin, the season doesn't matter. Each team has to do everything in their power to win each game. This concept is much easier to understand for wild card teams than division winners as the wild card teams usually don't have the greatest records while the division winners usually have 92-100 wins. They feel as if they have to win or their bounty of wins was pointless, while the wildcard teams are just playing and having fun. They aren't thinking or stressing. That's the key to success.