Leave it to the Montgomery Blair Players to make the dark and dismal Fleet Street radiant with intense depth of emotion and glimmering personality. As soon as the curtains of the Blair stage were pulled aside, the bleak atmosphere of downtown London overwhelmed the audience. The torn rags and dirtied faces on the stage protruded sullenly from the painted gray background, drearily oozing with fog. The eerie melodies from the pit orchestra backed senior Daniel Woolson's opening lines with a deep and somber melody, setting the stage for a riveting tale that sent shivers up the spine, triggered laughter and left the audience in awe of the stunning spectacle that is Blair's "Sweeney Todd: The Demon Barber of Fleet Street." 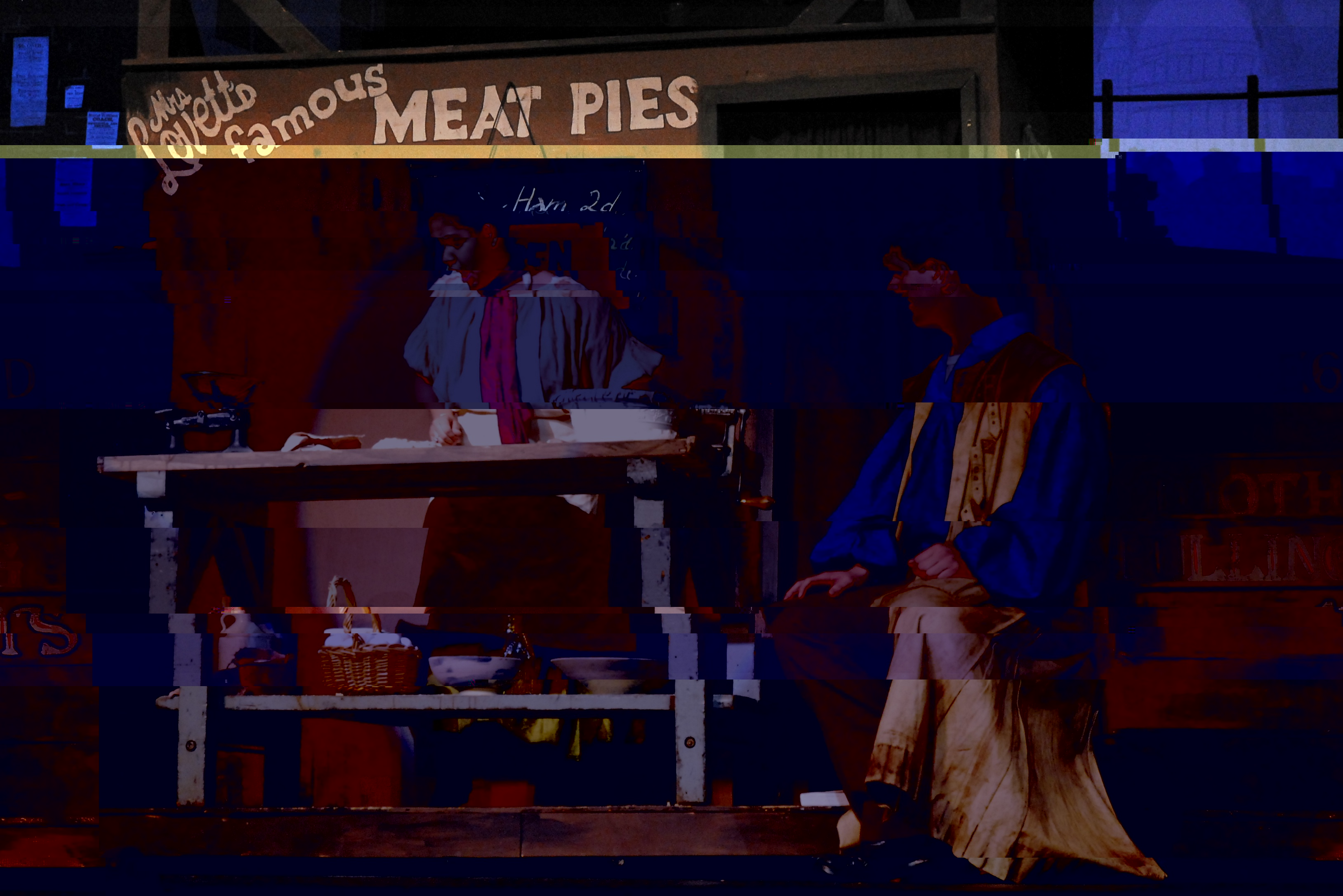 The plot of the well-known musical follows Benjamin Barker, who once ran a barber shop with his beautiful wife and newborn daughter. Judge Turpin (senior Adam Carey) lusted after Barker's wife, so he deported Barker to Australia where he was unable to prevent Turpin from abusing her and taking his daughter as a ward. Returning to London after his 15-year incarceration, Barker takes on life as Sweeney Todd (senior Robin Dreher) to conceal his past in his quest to find his family and take revenge on the judge.

Soon after his arrival, Sweeney meets bubbly Mrs. Lovett (senior Anna Snapp), who recognizes him as Barker and helps him reestablish his barber business. After Sweeney discovers his daughter Johanna (junior Tina Muñoz-Pandya) is under the authoritative control of Turpin and Beadle Bamford (senior Adam Jackson), Sweeney begins a murdering rampage, killing everyone who sits in his barber's chair for a shave, while Mrs. Lovett bakes meat pies from the cadavers. Their perverse business flourishes, but still Sweeney waits for his ultimate revenge against the judge. Among the tangle of lighthearted romance, sinister plots and intense drama comes an unexpected truth that alters Sweeney's reality.

The colorful cast of characters flourished among dramatic intensity and comedic interaction. In by far the scariest performance in recent Blair theatre history - and his first leading role on the Blair stage - Dreher performed flawlessly as the darkly obsessed and emotionally tormented Sweeney, sending chills into the audience with overpowering stares. His deep and mysterious singing voice impeccably embodied Sweeney's eerie character, and his interactions with Snapp were always engaging. Snapp all but upstaged Dreher's dark gloom with her bright personality, carrying the stage with her comical charm, genius body language and perfect Cockney accent. 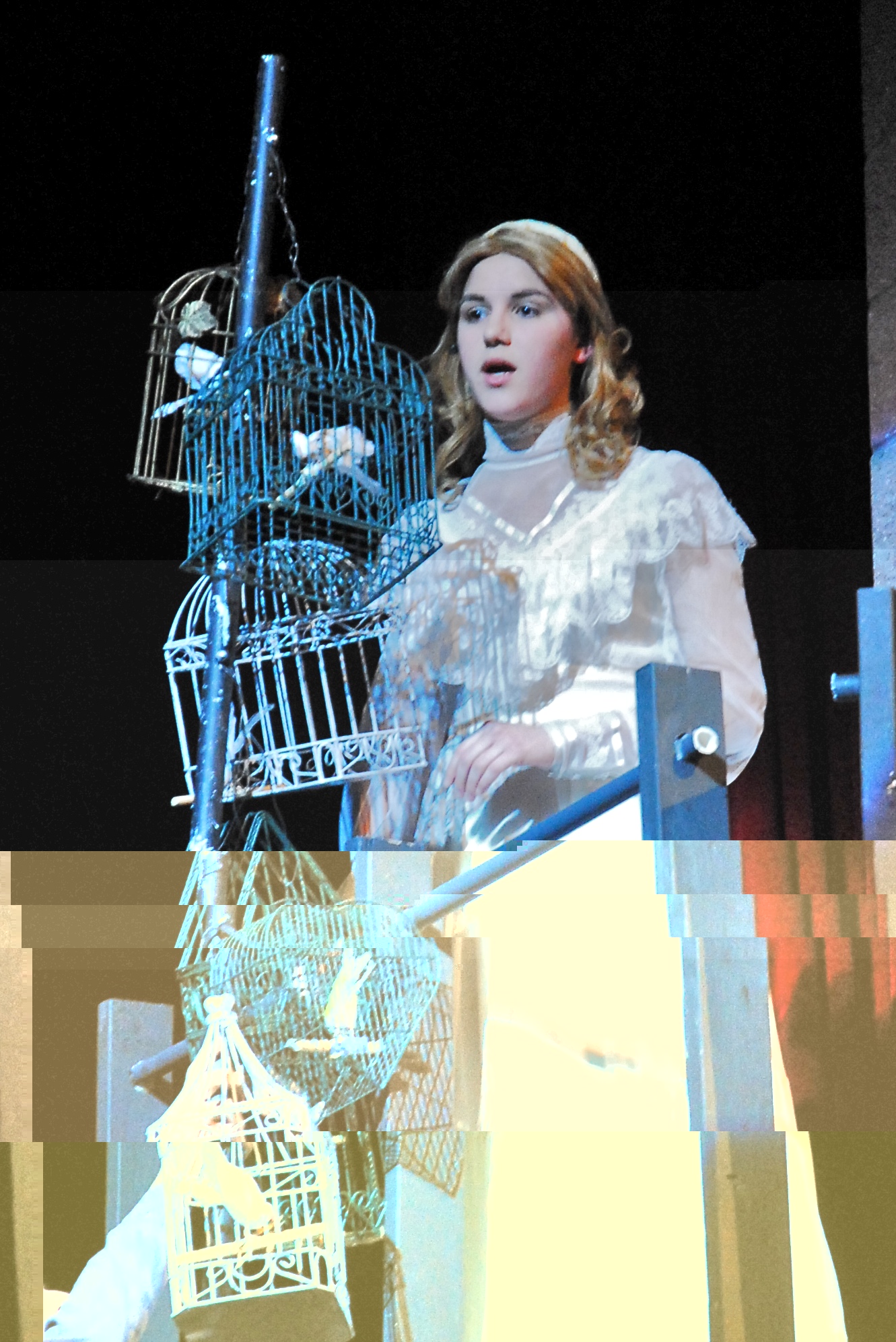 Junior Elizabeth Spilsbury (beggar woman), Muñoz-Pandya and junior David Jackson (Anthony, Johanna's love interest) also graced the stage with standout performances. Spilsbury's shuffle-like walk and silky soprano tones charmed the audience. Muñoz-Pandya's sweet soprano, reverberated throughout the auditorium as she effortlessly sang the high notes. Her partner Jackson crooned the melodious "Johanna" with romantic emotion, though both shined brightest while side-by-side. Cute cuddling, sporadic kisses and overlapping lyrics during "Kiss Me" created a sense of naive, hopeful intimacy between the two, which caused the audience to erupt in smiles.

Carey, senior Russell Ottalini (Adolfo Pirelli) and sophomore Tyler Fultz (Tobias) also delivered formidable performances. Carey exuded harsh authority and slimy morals, and his deep resonating bass enhanced charming melodies such as "Pretty Women." Ottalini, playing the flamboyant creator of a hair-growing elixir, exquisitely portrayed the colorful and charismatic Pirelli. He managed to reach extremely high notes within his solos, and executed both Spanish and Irish accents over the course of the play. Fultz exhibited both charming boyish enthusiasm (in "Pirelli's Miracle Elixir") and persistent earnest (in "Not While I'm Around").

In general, the Blair Players mastered the difficult lyrics and melodies within the musical. The score was extremely demanding as the musical key and tempo were constantly changing. Some songs required actors to sing in short, rapid bursts while others mandated a longer series of fast lyrics. Occasionally, actors experienced difficulty singing these songs in a way that was incomprehensible to the audience, but a projector displayed all the lyrics throughout the production to enhance understanding.

The Blair pit orchestra, conducted by music teacher Dustin Doyle, also delivered an astounding performance. The musicians offered dramatic emphasis with their jarring, dirge-like melodies. Harsh changes in plot or emotion mandated rapid transitions from smooth music to tones of piercing intensity, but the pit never failed to spin emotion and mystery into the complicated score. 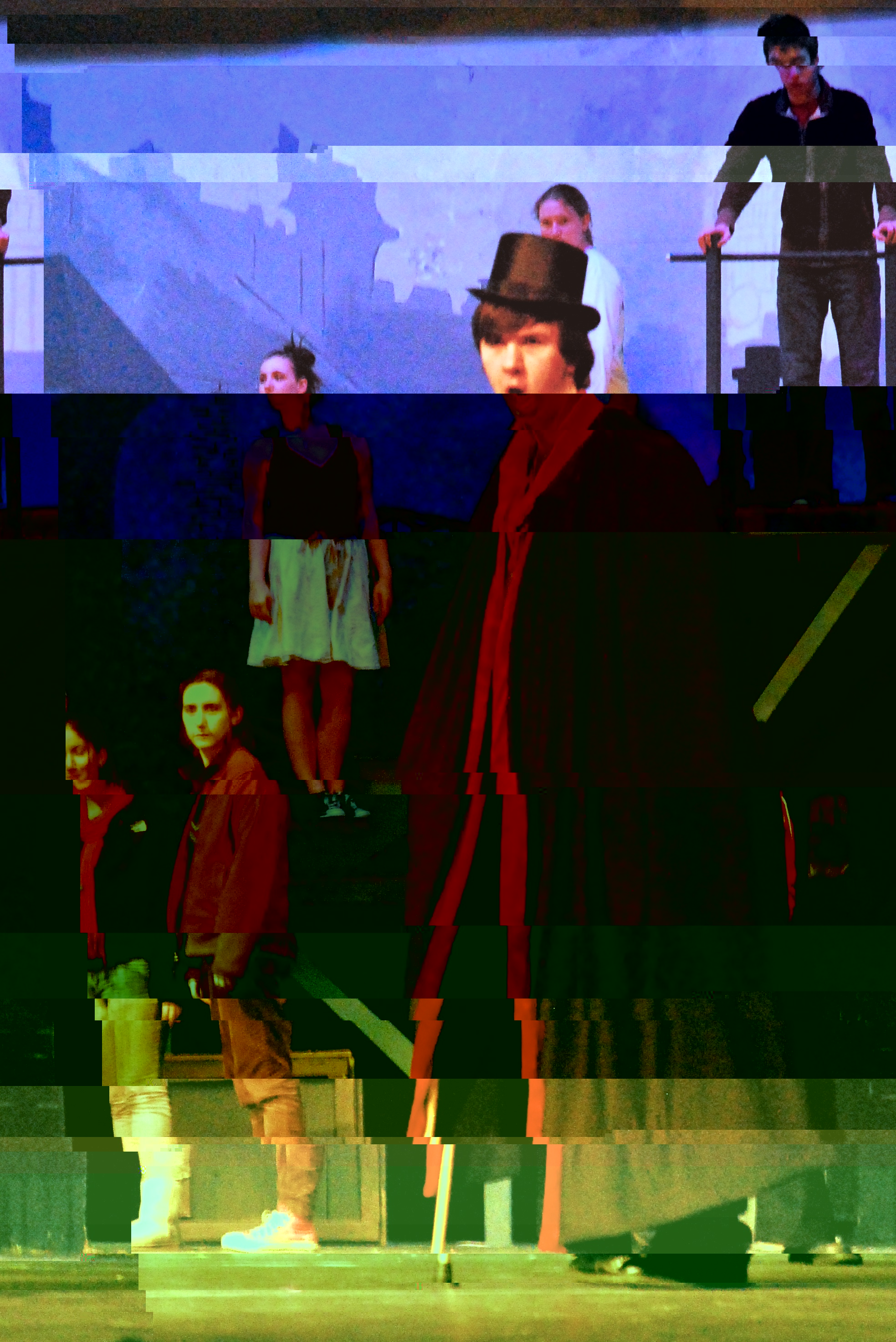 Photo: Senior Daniel Woolson introduces the audience to the story of Sweeney Todd as Judge Turpin.

Photo: Senior Daniel Woolson introduces the audience to the story of Sweeney Todd as Judge Turpin.

The set lived up to Blair's standard excellence with exquisite detail and professional expertise. Numerous posters dangled from town buildings and the backdrop displayed a dismal urban London masked by eerie foggy mist. The rotating pie and barber shop was the central set piece, which allowed the audience to see Sweeney's barber shop in the round atop three rooms of the meat pie store. By far the most curious and ingenious aspect of the set was Sweeney's barber chair, which tilted diagonally to allow the dead victim to slide through the floor of the barber shop and into the pie shop below. After Sweeney yanked a lever, the seemingly lifeless body would slip easily from the chair without much noise or complication.

The small but engaging dance ensemble provided comic relief and fun costumes. Their silky burgundy dresses flowed across the stage as the girls danced intimately with partners. During "By the Sea," the group reunited to frolic and jump gaily while donning cute caps as they vied for the attention of a burly, egotistical ladies' man (junior Jonathan Gillette).

Despite minor sound inconsistencies and a brief technological slip-up with the projector, Blair's production of "Sweeney Todd" captured audience members with its compelling combination of colorful characters and exquisite visual appeal. Led by the show-stopping performances of Dreher and Snapp, the show never failed to deliver both witty charm and dark intensity.