Something's keeping student musicians at home, and it's not the sweltering summer heat

Blair junior Shariar Vaez-Ghaemi wipes his brow and sets his clarinet down beside him. He purses his lips and debates whether or not to keep practicing, lest he burn out the week before the audition. Junior Maxwell Zhang wearily rubs his fingertips that have hardened to calluses courtesy of his viola. All over the county, young musicians are voluntarily confined to their homes, passing up hanging out with friends to grind for what's approaching.

Every student in Montgomery County is gearing up for back-to-school season, but musicians know these final weeks by another name: audition season. 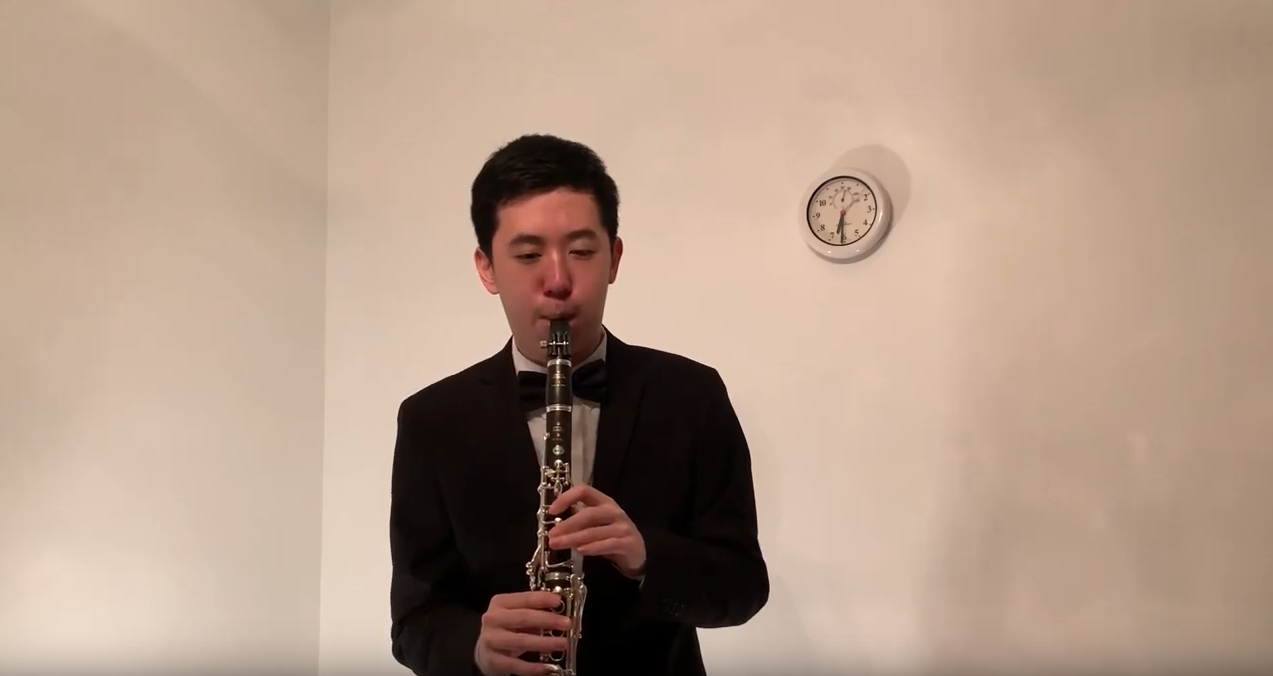 For many, audition season is a time of stress, competition and labor. Musicians might practice for hours each day, only to freeze up in front of the judges. Each player feels the gravity of the potential mistakes, reliving the painful memories of a slipped finger or rough transition. Zhang, who has years of auditions under his belt, has experienced these effects firsthand. "I didn't make All State in freshman year because I dropped my bow during a staccato excerpt in my audition," he says.

Their worries are, without a doubt, justified. Fall auditions hold a tremendous weight— how they perform during those 15 minutes determines where they will rehearse a few hours each week for the rest of the year. Will they be in an ensemble with their friends? Or left behind in a lower level?

One of the toughest aspects of playing an audition is feeling the judge's presence. To combat this spotlight panic, musicians create opportunities to simulate audition circumstances. They play for teachers, friends, family and even stuffed animals.

Vaez-Ghaemi and junior Chris Tong both plan to audition for PVYO on the clarinet in the coming weeks. Contrary to the many anxious players, Vaez-Ghaemi recognizes the mind game of auditions and refuses to fall back into unease. "I've realized that the last few weeks of audition season, and even the events leading up to the audition, are out of my control," he says. "Everyone overthinks it and tries to predict how the judges will interpret their music."

Tong, too, has grown comfortable with the nature of auditions. "I just try to think of it as playing music for someone else," Tong says.

Whether it be eating a banana an hour before the audition, drinking chamomile tea to calm their nerves or wearing a good luck charm, most musicians have their personal pre-audition routines. "I wear my turquoise tie," Vaez-Ghaemi says.

Routines aside, the warm-up room is essential to get in the zone before performing. "I warm up for a pretty substantial amount of time before my audition, which I think helps me a lot," Tong says.

Audition season has its upsides, but it also has its downsides. "I like most that I have a chance to show what I’ve done all summer," Vaez-Ghaemi says. "I like least that I have to compete with my friends." Despite the inevitable competition that arises, friends still find ways to collaborate, perhaps conducting practice auditions over a video call or rehearsing excerpts together.

Vaez-Ghaemi keeps the core of auditions in mind to remain focused and calm. "Really, auditions are very simple: just prepare a piece, play it, and walk out," he says. It's crucial to ultimately remember that those brief moments inside the room are judged subjectively, and musicians will enjoy the upcoming school year regardless of the results.