Auditions begin for "Pride and Prejudice"

Auditions for Blair's 2008 winter play, "Pride and Prejudice," will be held Wednesday and Thursday of this week starting at 2:30 p.m. in room 6. Director Kelly O'Connor will hold call-back auditions this Friday and post a cast list identifying the students selected to play the 18 speaking roles and ensemble parts by Monday, Sept. 15. 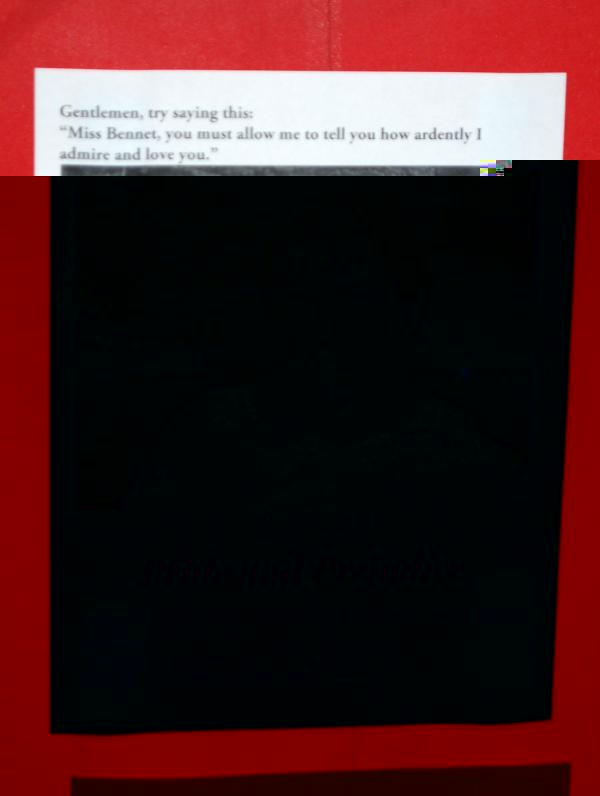 Photo: Flyers are placed around the school, both in hallways and classrooms, to inform students about the upcoming tryouts for this year's play, "Pride and Prejudice."

Photo: Flyers are placed around the school, both in hallways and classrooms, to inform students about the upcoming tryouts for this year's play, "Pride and Prejudice." Photo courtesy of Molly Brune.

Although deeply involved with preparations for the play, O'Connor is also looking to replace former stage crew director John Kaluta, who retired this fall after over a decade of service. "I'm most concerned with getting sponsors to help out," O'Connor said.

Rehearsals will begin after school on Monday, Sept. 15. "The play opens Nov. 14, and we hit the ground running with practices," O'Connor said.

"Pride and Prejudice," set during the early nineteenth century, follows the story of protagonist Elizabeth Bennet and her four sisters. Due to a rule that enables a distant cousin to inherit their property when the male heir dies, the Bennets are desperate to have their daughters married off to preserve the family line. So when the affluent Charles Bingley rents the house at Netherfield Park and attends a public ball with his best friend, Mr. Darcy, sisters Jane and Elizabeth Bennet begin paying visits. The story is largely centered on the romance that emerges between Jane and Bingley and the courtship between Elizabeth and Darcy.

The play, adapted to script form by Jon Jory, was selected in part because of the large number of roles available to be cast to students. "Of course, Elizabeth is the star. A lot of people will want her just because she's the lead," O'Connor said. "But there are other really good parts. The embracive mother, Mr. Collins – the comic gem of the play, he's such an idiot – and the snobby Lady Catherine."

Students auditioning should expect to perform a cold reading of the script with a partner in front of O'Connor and another teacher. She recommends that students read the plot summary and character descriptions posted on the bulletin board in the Fine Arts wing to become comfortable with the play before auditions. "I recognize that kids get nervous, but if you have what I'm looking for, it makes my job easy," O'Connor said. "This is an opportunity kids should take, even if they haven't done theater before."

In her tenth year of directing Blair plays, O'Connor plans to incorporate choreography by senior Laura Boyer, who helped compose dance scenes for last spring's "Beauty and the Beast." Boyer hopes to create dances modeled after traditional ball scenes found in the original Jane Austen movies. "Nothing is set in stone yet, but we think that one of the dances will be slower and more traditional," Boyer said. "The other will be more upbeat, with higher energy."

The formal ball scenes will also feature ensemble dancers and live music provided by a chamber group of about five student musicians. "About 10 years ago, Blair performed 'Much Ado about Nothing,' set in the Jane Austen era," O'Connor said. "There are a couple of English country dance moments I want to bring back."