The girls' and boys' cross country teams finished 9th out of 19 and 14th out of 23 respectively at the County Championships this morning at Gaithersburg High School. Junior Halsey Sinclair came in first place out of 137 varsity girls with a time of 18:59. 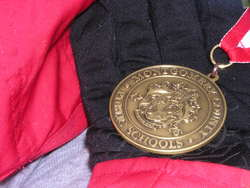 Continuous rain from the past few days muddied much of the course, but most Blazers were optimistic despite the weather and achieved decent times. "Overall, it was a great day even though the weather conditions weren't favorable," said coach Carl Lewin. Almost all members of both teams ran their personal records or came close to their record, according to Lewin.

Lewin was also pleased that the team did not let the dreary atmosphere influence their running. "They didn't let the weather or the condition of the course mentally destroy them. They focused on the positive," Lewin said.

Bosse attributed pack running to some of the boys' successes. "I saw the best teamwork yet," she said, "I was very impressed." Groups of boys stuck together to push their teammates to run faster and to finish at around the same time. 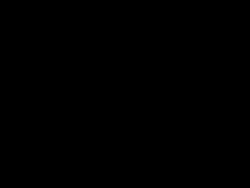 Photo: Cross country Juniors Paul Ishimoto, Brenda Akinnagbe and Sophomores Johanna Gretschel, Amina Goheer and Christina Mullen show off their spirit at the County Championships on Sept. 22 despite the cold weather and rain.

Photo: Cross country Juniors Paul Ishimoto, Brenda Akinnagbe and Sophomores Johanna Gretschel, Amina Goheer and Christina Mullen show off their spirit at the County Championships on Sept. 22 despite the cold weather and rain.

The girls overcame their rival Magruder High School, who narrowly defeated the girls' team during the regular season to achieve the Division II championship. However, Richard Montgomery High School conquered the lady Blazers at today's race, which was a disappointment because the girls beat them at a previous meet earlier in the season.

The weather was a factor in determining today's results, according to Bosse. Several runners slipped and fell, and puddles and mud were present throughout much of the course. "There were parts where the mud was so deep that my entire shoe went in," said junior Diego Ardila.

The regional championship meet is on Nov. 3 and the girls' team hopes to perform well to qualify for the state championship meet. However, the team must come in 6th out of 12 schools at the regional meet in order to go to the state meet. The girls will have to defeat Walter Johnson and Wootton High Schools, whom they lost to today, in order to qualify, according to Lewin.

Lewin and Bosse recognized that making it to the state meet will be a challenge, but both acknowledged that it is possible. "People have to have some really good runs in order to make it happen," Lewin said of the girls on the team.