BangaLore #29: Behind the silver screen

Each of the fifty American states has a state bird, a state flower, a state motto…now, what about a state film industry? 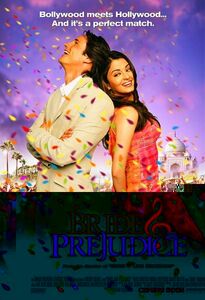 Bollywood, named because of its association with the city of Bombay (now Mumbai) is India's primary cinematic institution. There are other institutions in Indian states, including Tollywood in Tamil Nadu and Kollywood in Kerala. And the movies they produce are, in a word, lengthy. Sitting down to a flick requires a commitment of half of one's day: a testament to the power of these films.

The movie industry around Bangalore, in the state of Karnataka, is the namesake of a sacred tree which is indigenous to this region: Sandalwood. It hasn't attained the legendary status of its Bombay counterpart; nevertheless, the other day, I had the opportunity to meet a few prominent Bangalorean actors while they were shooting a Kannada film in a local Bangalore home. The actors go by their first names only and are markedly different from American movie celebrities – though they are often recognized while out in public, these actors and actresses tend to blend in with the masses. Perhaps it's somewhat inevitable, both because there are so many of them and because they film in residential areas so often. Traveling sans entourage or fan club, many of them lead double lives, seamlessly transitioning between the glamorous lives they lead in front of the camera and their mundane alternate existences as housewives and college students. At the end of the film shooting I attended, the actors left their telephone numbers and e-mail addresses with the owners of the home in which they were filming and promised to stay in touch.

As people, many Bangalorean actors are easygoing and down-to-earth, but today's Indian film industry as a whole is anything but small-scale. In fact, it's going global – remember 2004's "Bride and Prejudice"? Aishwarya Rais and many famous Bollywood stars have found their way into Hollywood. Others, including Shah Rukh Khan, are often swarmed by American groupies when filming in the United States. While it may not have a sign on Mt. Lee, Bollywood is still a household name around the world. Though many are unaware of it, its fan base in India far exceeds Hollywood's American fan following.