This week I finally got to, and I'll never look at IT the same way again. 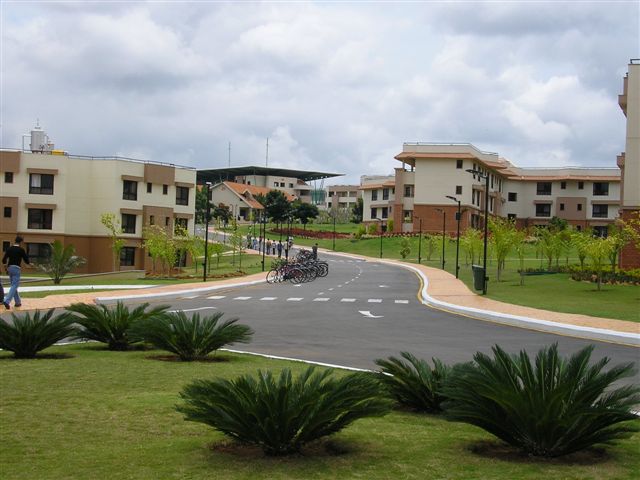 Photo: The impeccably kept Infosys campus at Mysore, like the Indian IT sector as a whole, shows a different face of India. Picture courtesy of Wikipedia.

Photo: The impeccably kept Infosys campus at Mysore, like the Indian IT sector as a whole, shows a different face of India. Picture courtesy of Wikipedia.

There's been a lot of buzz about the information technology (IT) boom, call centers and outsourcing in India lately. I had heard a great deal about the India-based software and technology company Infosys in the past, but hadn't realized until now the extent to which companies like it are revolutionizing the face of India.

For those who don't know, Infosys is a Bangalore-based software company started in 1981 with offices all around the world. I got to see one of their campuses in Mysore, a city that's about 140 kilometers (roughly 80 miles to us) from Bangalore - and I couldn't believe what I saw. It resembled a mini-city, complete with a bowling alley and a movie theater, where the streets were as clean as I-495 and the brick-paved sidewalks were lined with flowers. Crossing guards waved helpfully from every street corner and crosswalk. For a minute I questioned whether I was in the middle of South Asia or in Pleasantville. Gone were the heaps of garbage, muddy ditches and stray dogs I've become accustomed to here - it was an oasis of tranquility and order nestled in the middle of one of the most chaotic places on earth.

The IT sector is only one facet of India as a whole, but it's a start when it comes to transforming the nation in the eyes of the rest of the world. This country is no longer seen as just the land of snake-charmers and elephants. "IT's" the economy, stupid - and it's taking India by storm!

So the next time you get a phone call from a guy with a blatantly Indian accent who insists that his name is Edward, take a moment to listen to what he has to say before hanging up. You never know - he could be part of the IT revolution.