In an era of mass consumerism, it seems more necessary than ever to own the latest gadget or succumb to the latest fad. But nowhere is this "buy, buy, buy" mentality more extensive than in the realm of fashion. There are trends to keep up with, prints to rock and brands to covet. Yet behind the glitz of the clothing industry is a secret: that in order to make certain brands' clothing items, someone elsewhere in the world experiences gross human rights violations. 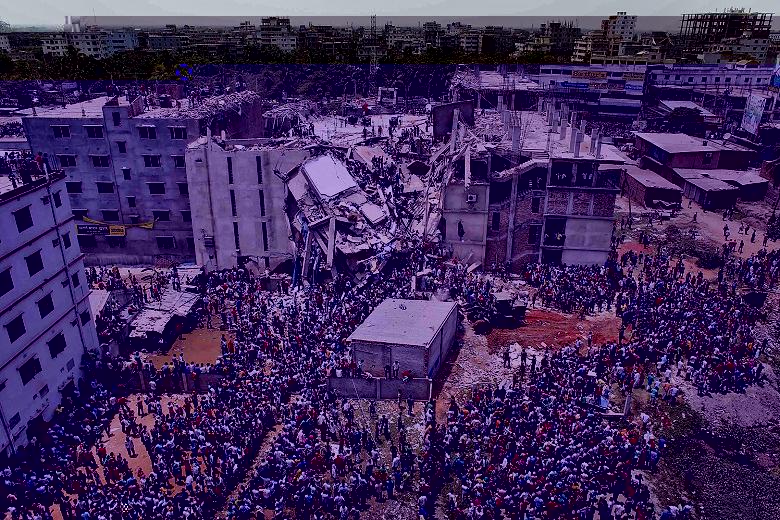 This became evident when, on April 24, 2013, garment factory Rana Plaza in Savar, Bangladesh collapsed, killing 1,129 people and injuring 2,515, according to The Guardian. This accident, however, was "entirely preventable," and a year later, the Western brands who sourced clothes from Rana Plaza factories have deposited only $15 million of the proposed $40 million compensation for the victims' families—highlighting a continuing disregard for garment workers and their rights.

The 29 western brands, including Wal-Mart, The Children's Place, Primark and Mango, demonstrated their negligence initially when they failed to check whether the factories producing their apparel had passed basic safety inspections. According to The Telegraph, the architect who designed the building stated that he had been asked to design a shopping mall and that Rana Plaza was in no way built for industrial use.

In fact, inspections the day before the accident had revealed cracks in the structure, yet the factory owner still ordered garment workers to come to work the next day. Although clothing brands cannot control the factory owner's actions, it is their responsibility to discover before selecting a factory if its working conditions are safe—a basic human right that the people producing the companies' clothes did not have, as a quick search suggested.

However, a week after the disaster's one-year anniversary, many of these companies continue to fail the garment workers. The current funds set aside for compensation are not even halfway to the estimated $40 million necessary and only half of the brands have set aside money for compensation at all. According to Vogue, a flyer distributed by protestors at a Benneton shop stated, "Amongst the rubble [at the factory site], piles of Benneton labels were found, yet despite this, the Italian clothes company [has] refused to pay any compensation to the people killed and their families." Such inaction is gross negligence at best and, at worst, communicates a Western imperialist mentality of taking whatever resources we desire and refusing to give anything in return.

These brands need to take ownership of every step of the process—not only the part in which they interact with customers but also during the production of the goods themselves. This means taking responsibility for their failure to check for safe working conditions and paying the families who lost loved ones in the process, in addition to taking more preventative measures in the future. By not doing so, they are asserting that their customers' convenience is more important than 1,129 lives.

So how much did your shirt cost?