Baseball advances to second round

The Blair Blazers (10-8) beat the Clarksburg Coyotes (6-12) in their first round playoff game 2-0. The win meant a lot for the Blazers who have struggled in the playoffs in recent years. "We haven't won a playoff game since I got here," junior captain Neil Gahart said. 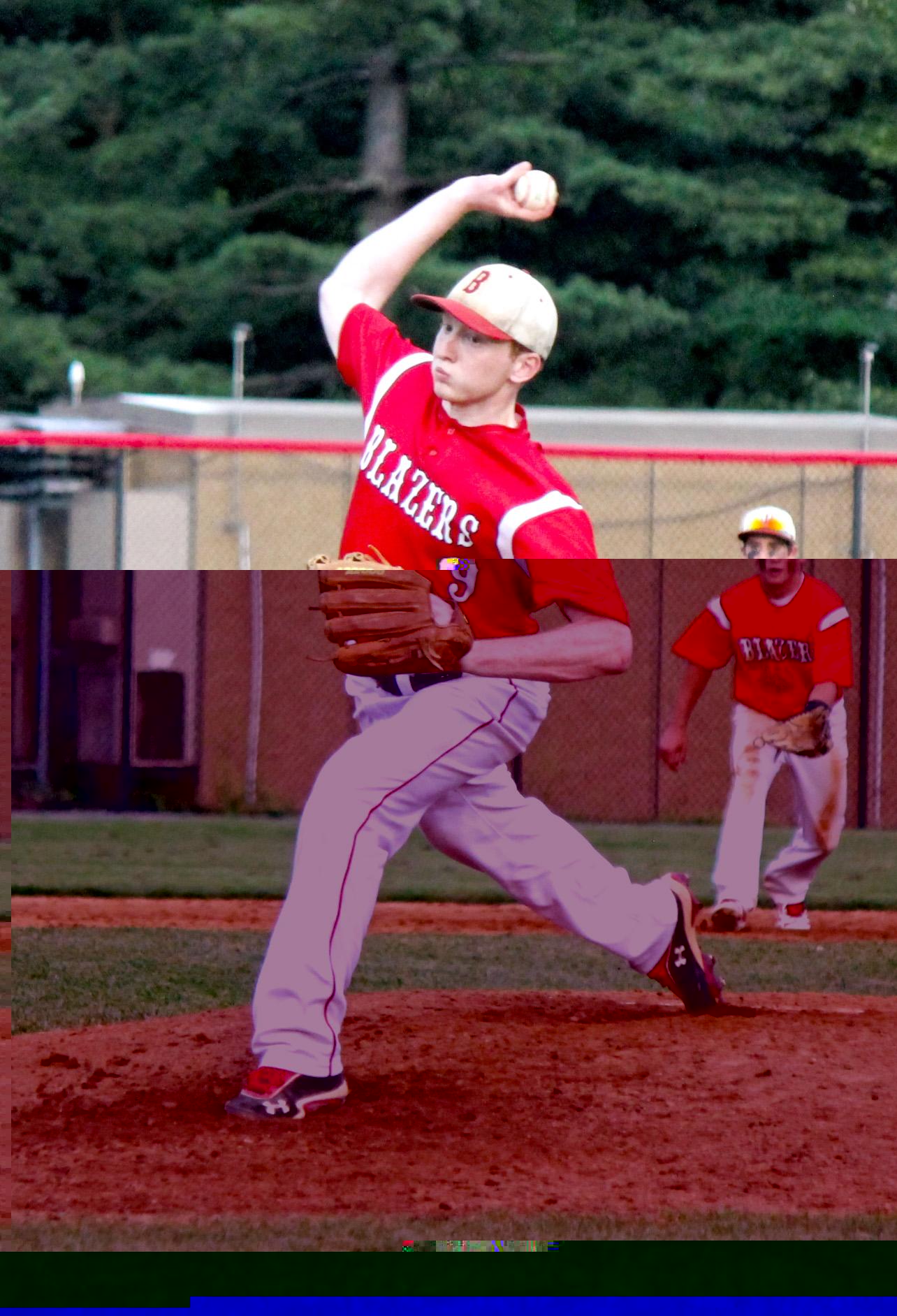 Photo: Gahart pitched a one-hitter and added an rbi single for the Blazers.

Photo: Gahart pitched a one-hitter and added an rbi single for the Blazers.

The Blazers rode an outstanding pitching performance from Gahart and stellar defensive play for the win. Gahart pitched a complete game, allowing only one hit as not a single runner reached second base. He was helped by a pair of double plays including a strike him out, throw him out double play as senior catcher Patrick Washington gunned down the would be base stealer at second.

"We played really good defense. Outfielders got a lot of balls and infielders saved a lot of cheap hits," Gahart said. Gahart pitched the entire game as he battled flu-like symptoms. "Neil pitched a heck of the game," head coach Eric Zolkiewicz said.

While the Blazers excelled defensively, their late season offensive woes continued. They did not get a hit until the third inning, when they scored their first run of the game. Sophomore Max Salzman scored on a Gahart single to leftfield.

The Blazers scored their second and final run of the game during the second inning. Sophomore Alex Frandsen was pinch running for junior Kyle Desiderio and he came home on a wild pitch from Clarksburg pitcher Brock Milligan.

Despite Blair's victory, the team still needs to improve on hitting for future playoff games. "Our hitting wasn't too good today. We left a lot of guys on base that we shouldn't have," Gahart said. Zolkiewicz agreed that the team has to take advantage of opportunities. "We had a lot of chances to score runs but we didn't," he said.

Now the Blazers are looking forward to a rematch with the defending state champions Northwest. Blair won the first meeting on the road in a tight 4-2 game but another win will not be easy as Northwest is coming off of a big win against four seed Quince Orchard.

Until then, the Blazers are just happy to keep playing. "It's a good feeling to not have to tell the seniors goodbye," Gahart said.

The Blazers host the Northwest Jaguars Monday, May 13 at 7 p.m.