The players have arrived and spring training is up and running once again. All is calm in the baseball world. But the tranquility will be short lived as the frenzy of the first games will begin later this week. More importantly, in only 35 days, the regular season kicks off. It is sure to be an interesting year, since this offseason brought lots of change - especially in the large forms of Albert Pujols and Prince Fielder. Those major contracts, as well as the incoming arrival of international stars, Yoenis Cespedes and Yu Darvish, the addition of another wild card spot in each league and the exciting potential for a winning season here in D.C. and a hopefully improved season in Baltimore will come together in a season unlike any other. 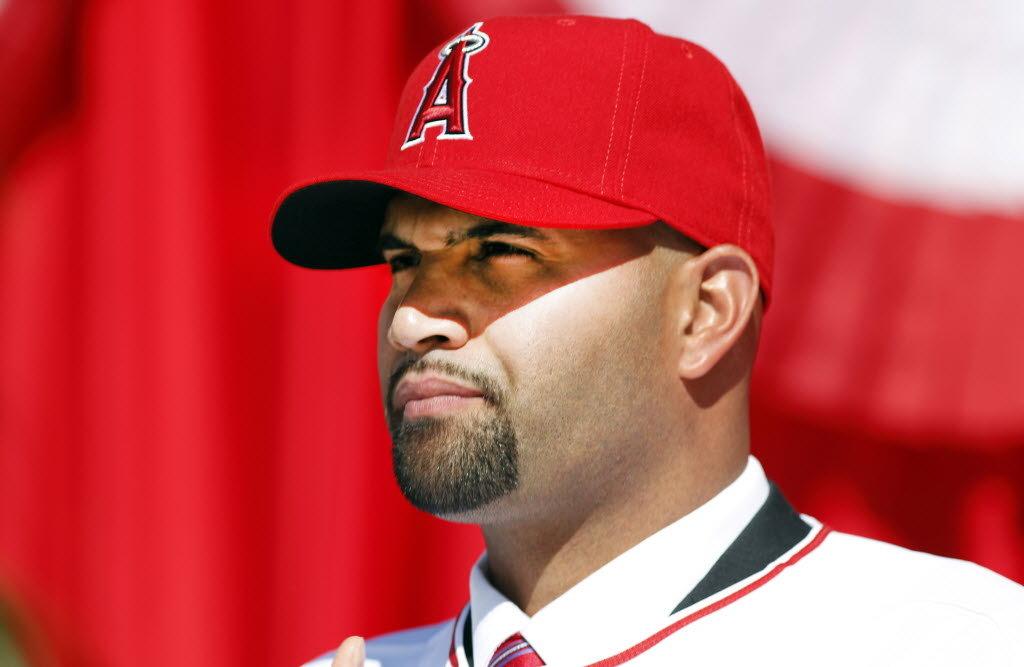 Photo: Three time MVP Albert Pujols was the biggest prize of the offseason as he landed with the Los Angeles Angels on a ten year deal.

Photo: Three time MVP Albert Pujols was the biggest prize of the offseason as he landed with the Los Angeles Angels on a ten year deal.

The two biggest free agents of the offseason were star first basemen Albert Pujols and Prince Fielder. After both having played their entire careers to date on National League (NL) teams, the St. Louis Cardinals for Pujols and the Milwaukee Brewers for Fielder, there will now be a major power shift as they join their new American League (AL) teams. The Angels will see a huge boost with the addition of three-time MVP Pujols, as well as former Texas Rangers pitcher C.J. Wilson.

The Tigers have added Prince Fielder to a lineup that is already featuring another star first baseman, Miguel Cabrera, who will be shifted over to third. With those adjustments, both teams should (in theory) have a competitive edge over the other teams in their division. But while that seems to be the case for the Tigers in the AL Central division, the Angels' divisional foes have been very busy this offseason too.

Two of the most coveted international stars of all time signed Major League Baseball (MLB) contracts this offseason. Yu Darvish, the hard throwing Japanese ace signed for six years and 60 million dollars, which is on top of the 51.7 million dollar posting fee paid by the Rangers to get negotiating rights with him. He will fill the void left by Wilson in the hopes of bringing the Rangers back to the World Series for the third year in a row. 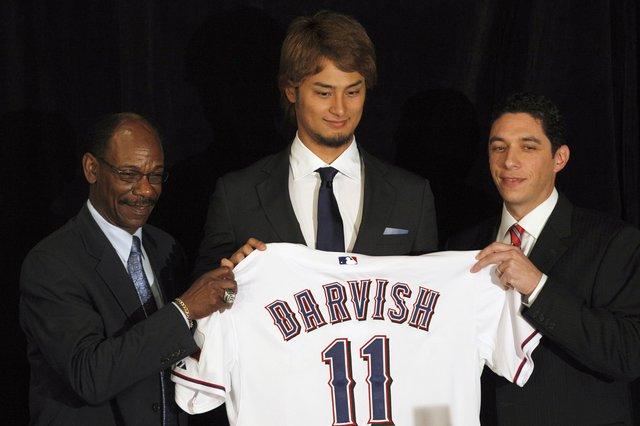 The twenty-six year old Cuban centerfielder Yoenis Cespedes also signed a big deal with an AL West team, the Oakland A's, after he announced before the offseason that he would be coming to the States. His contract is worth four years and 36 million dollars, as he takes a place on the hitting-starved A's. The Cespedes deal will be an interesting storyline to follow in Oakland after the A's shipped away star pitchers Gio Gonzalez, Trevor Cahill and Andrew Bailey in return for several top prospects and let several key players walk in free agency. The Gio Gonzalez trade will be especially relevant here in the D.C. area, as he will be pitching for the Nationals, who are making the moves to win now and in the future.

The offensive side of the ball has been where many of the troubles have been for the Nats - but if Zimmerman can stay healthy, Michael Morse can repeat his 2011 season, Jayson Werth can re-establish himself as one of the better hitters in the game and the young trio of Ian Desmond, Danny Espinosa and Wilson Ramos keeps on improving, then the Nationals should be able to keep up in the tough NL East. Now, that is a lot of if's , but they are all completely reasonable to expect.

Until last year, when he only managed to play 101 games before succumbing to injury, Ryan Zimmerman has remained consistently healthy, averaging 145 games a year. Michael Morse had a breakout season last year, setting career highs in every major statistic in his first full season of playing. It has been questioned whether the twenty-nine year old will be able to sustain that. But if you examine his past statistics, last year's numbers were not so far from his normal; the only huge difference was that he got a full season's worth of playing time last year as opposed to prior seasons. Werth signed a huge contract with the Nationals before last year after having hit .280 with twenty-plus homeruns in each of his last three seasons. However, he struggled, hitting very poorly until the end of the season, when he began to pick it up. And lastly, the Nationals' young trio showed great improvement over the course of the season last year, and at the ages of 24, 25 and 26, there is no reason for that to change. That all adds up to an above-average pitching team with average hitting and a solid chance at playoff contention.

The Orioles however are very unlikely to have the same fortune as the Nationals. For a few years now, Baltimore has been stuck under the pretense of re-building without really making any major changes. Nick Markakis has been in the majors for six full seasons now and Adam Jones four. Both have put up consistently good stats, however, the Orioles have not won seventy games since 2007. That's because the Orioles do not have a hitting problem.

Last year, they were in the top half in the MLB in almost every major hitting category, including runs scored, batting average and home runs which left them in a fifth place finish in their division. They were also the worst pitching team in the league in 2011, posting a league worst 4.89 earned run average (ERA). 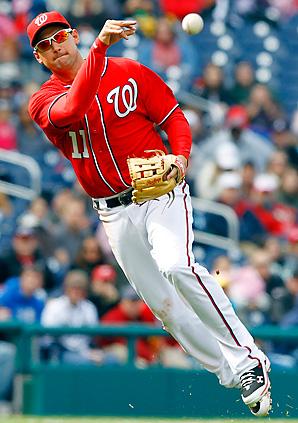 Photo: Nats' franchise cornerstone Ryan Zimmerman will be a National for the rest of his career after he signed a six year contract last week coming off an injury plagued season.

Photo: Nats' franchise cornerstone Ryan Zimmerman will be a National for the rest of his career after he signed a six year contract last week coming off an injury plagued season.

But even pitching is not the real problem in Baltimore. The Orioles have on their hands a major management problem, where they have been playing the exact same baseball for the last five years. So then, why do I believe that the Orioles will show improvement this year? Because there really is almost nowhere else to go but up, and the one thing they do have going for them is a young team. Hopefully, somewhere down the road, the Orioles will be playing a different kind of baseball – winning baseball.

Administrative reform
While teams were making huge trades in the offseason, the league was busy making some changes of its own. Of all the changes, the most important is that the league is planning on adding an extra wild card team in each league. This means that there will be a one-game playoff between the two wild card teams on the last day of the regular season to see who gets to continue on to the playoffs. The change has already been approved for the 2013 season and is expected to be approved for this season as well. The official announcement will likely come later this week, after Commissioner Bud Selig and the MLB players union come to an agreement.

The likely addition of the wild card faces much opposition, however, with last year's season as the prime exhibition against the change. After a historic finish to the season in which the Cardinals and the Rays came back from eight and a half and nine games back respectively, the addition of another wild card team will make that all null. Many critics also believe that it is unfair to use a one-game playoff to decide the outcome of a 162 game season. But from the MLB's standpoint, it is gold. It will increase revenues beginning this season and it is likely only a stepping-stone to expanding the playoffs even more in the future.

The players have shuffled and the league has changed, but one thing is for sure, baseball is back and it is bound to be exciting.