Blair beats Seneca Valley for second win of the season

A promising season has started out well for Blair varsity baseball as they maintained their early undefeated record against Seneca Valley. Despite a slow start, the Blazers improved to 2-0 this week in its 5-3 win over the Screaming Eagles (0-2).

Both teams were just gearing up in the first inning as it was tough sledding for both sides. But bases loaded single by senior Jack Estrin in the bottom of the second inning brought in the first run of the game, and Blair went up 1-0 after two innings.

Starting on the mound was senior Carson Schweickhardt. Schweickhardt pitched a good game and put his ability on display as he pitched out of an early jam as Seneca Valley threatened with runners on base.

Photo: Junior John Ramsey delivers an RBI single in the bottom of the fifth inning.

Photo: Junior John Ramsey delivers an RBI single in the bottom of the fifth inning. Photo courtesy of Emma Howells.

Then, the Blazers scored another run in the bottom of the fourth to go up 2-0 via a sacrifice fly by senior Mikey Gerbasi.

The Screaming Eagles finally got on the scoreboard in the top of the fifth inning, but Blair answered with two runs in the bottom of the inning via an RBI single by junior John Ramsey and an error. At the conclusion of the inning the Blair lead was 4-1.

Junior Max Salzman took over pitching duties in the sixth as Seneca Valley scored twice in the top of the inning. Then in the bottom of the sixth, Blair scored one more run of their own via a bases loaded Seneca Valley balk.

Salzman then struck out two more Screaming Eagles in the top of the seventh, and center fielder Jorge Noda made a diving grab in center field to end the game. 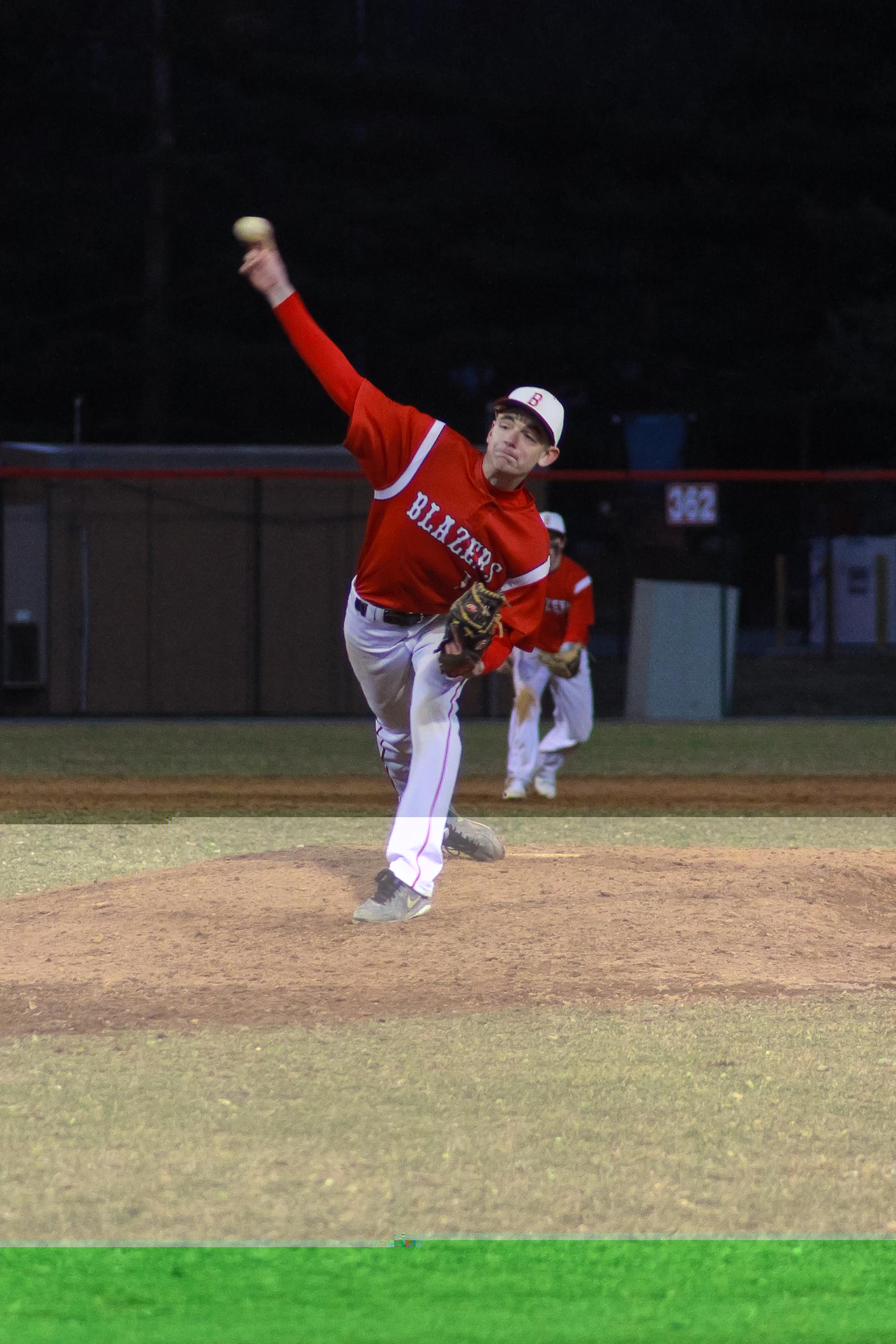 The biggest development from the second game of the season was Schweickhardt's performance. "Carson pitched really well," senior captain Neil Gahart said, "his best outing ever as a Blair Blazer."

Schweickhardt himself was best able to explain his play. "I was just able to throw a lot of strikes and challenge them early in the count with fastballs and that worked for me," the senior pitcher said.

The Blazers got a hard fought win over a team that had challenged and beat them the last few years, and it's an omen for more good things to come.