Donald Trump and his "Miss Universe" organization are choosing to hide behind their rules rather than face the world's opinions on equality. Jenna Talackova, a 23-year-old Vancouver native, was disqualified from becoming one of 65 finalists in the Miss Universe Canada pageant because she is transgender. To some, the term transgender may just translate to "sex change", but to many who support gay, lesbian and transgender rights, the term means something else entirely. 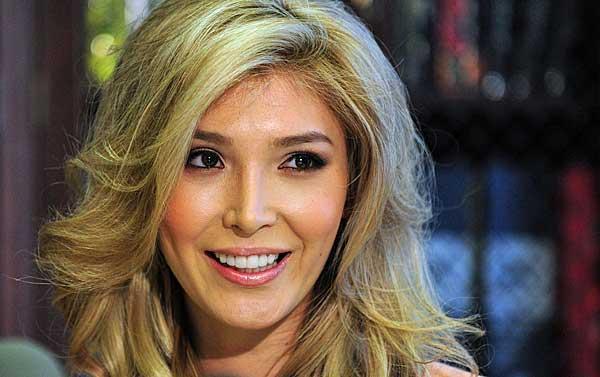 Photo: Jenna Talackova was wrongfully disqualified from the Miss Universe Canada pageant after officials discovered that she was transgender.

Photo: Jenna Talackova was wrongfully disqualified from the Miss Universe Canada pageant after officials discovered that she was transgender. Photo courtesy of Los Angeles Times.

Some may say that Trump's decision is just, or that Talackova shouldn't have been competing in the first place. But according to the Miss Universe rules as stated in the petition, "Miss Universe Canada contestants must meet a basic requirement of being a Canadian citizen and between the ages of 18 and 27 to compete. They also must not be married, pregnant and have to fill out a more comprehensive form if they meet the basic requirements. There is no mention of rules regarding sex-changes or cosmetic surgery."

Miss Universe Canada's National Director, Denis Davila, said, "One of [the rules] is that she has to be a naturally-born female." This argument brings up two concerns. First, what does it mean to be a naturally born female? Does that mean having physical characteristics, such as female genitals from birth, or does that mean having mental characteristics, such as identifying with the female gender from birth? The rules seem unclear, and the simplest solution is to clarify them. As the saying goes, "Rules are meant to be broken and are too often for the lazy to hide behind."

While Trump and the Miss Universe organization hid behind the technicalities outlined in the rule books, Talackova decided to take a stand. She stated earlier in March, "I am very disappointed with the decision taken by the Miss Universe organizers. However, I will look to turn this situation into a positive so that other people in a similar situation are not discriminated against in the future." Talackova could easily have spit back at Trump, claiming that he needs to modernize his own rules to make room for 20th-century tolerance. But instead, she has taken a positive approach to the entire issue.

Regardless of how the Miss Universe pageant reacts to this encounter, Talackova has brought a world together through social media and the Internet. Through Facebook, online petitions, blogs and articles, people around the world have begun voicing their opinions about Talackova's situation and Trump's decision, as well as his reactions to public outcry. As one online user wrote, "How dare you discriminate against someone for being biologically born into a gender they could not identify as? Jenna is a woman, plain and simple." The Miss Universe pageant needs to change their rules and allow any woman, transgender or not, to participate.