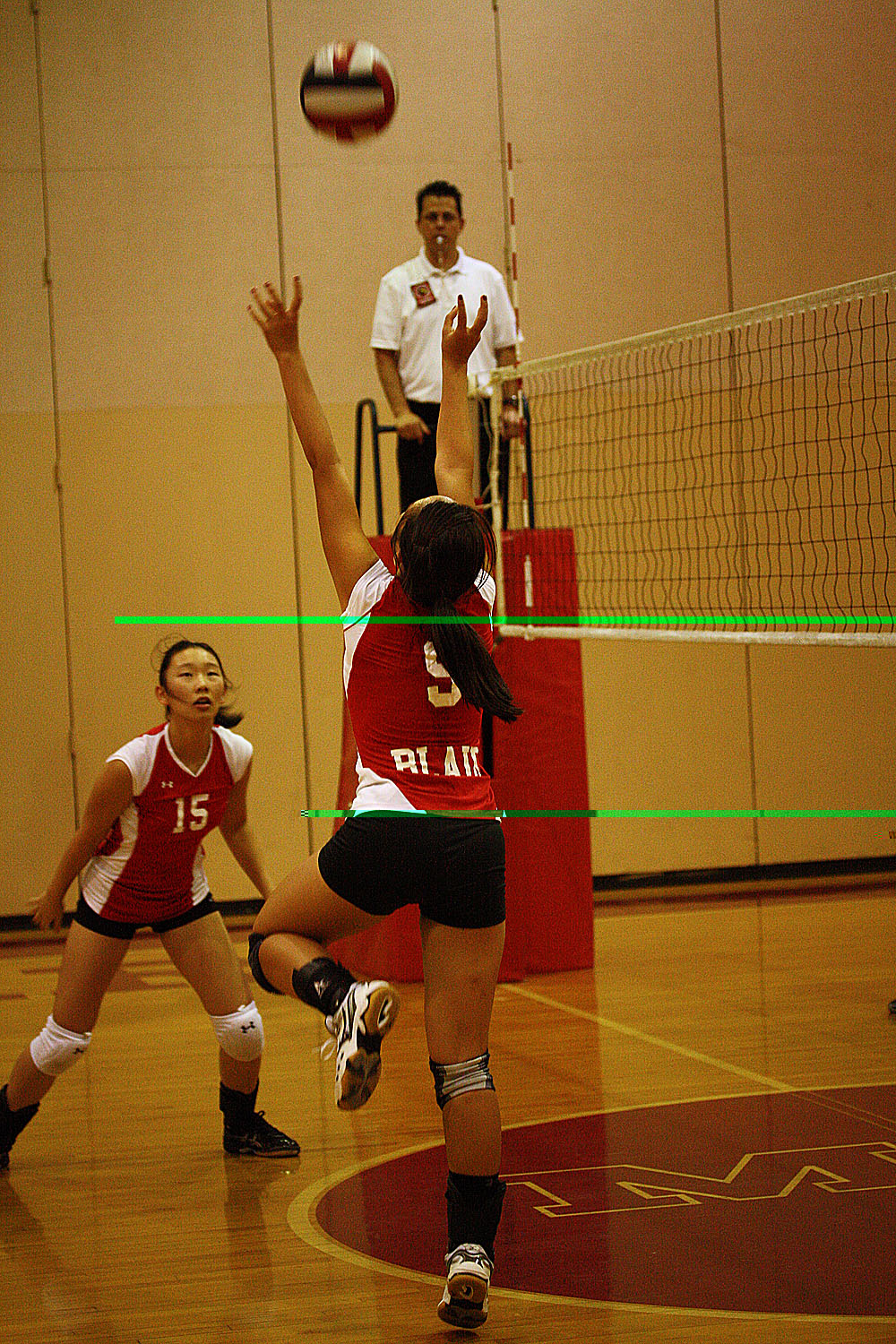 Fans were all riled up during an intense and heavily competitive volleyball match between Blair and Blake on Friday afternoon – cheers rained down from the stands each time a side won a hard-fought point. The lead went back and forth throughout the entire game, but in the end the girls' volleyball team (2-4) fell to the Blake Bengals (6-1) by final scores of 25-13, 25-21 and 25-23.

Prior to the game, the Blazers were optimistic about their chances, even though they knew it would be a difficult game. "From what I heard before the game, Blake is a team that's kind of like us, so I expected it to be pretty competitive," junior co-captain Lizzy Liu said. Her teammate, junior defender Angela Wu, echoed her statement. "I expected it to be a pretty close match," Wu said.

The Lady Blazers kept the match competitive – for a majority of the game, no team was ahead by more than two points. However, whenever Blair scored a few points, Blake would quickly catch up. L. Liu, who led the team with 30 assists, attributed this aspect of the game to inconsistency. "We had some pretty good runs," she said, "but we weren't very consistent. Once we pulled a few points ahead, it seemed like we lost focus."

In the first set, the teams were neck and neck until about ten minutes in, when the Bengals broke it open, leading 12-9 after capitalizing on errors and open spots in the Blazer defense. Blair was unable to recover, falling back and losing by double digits. However, in the second and third sets, the score was much closer. When the Blazers fell behind in the third set by seven points, the team rallied and made a few kills to even out the score, including three consecutive touches by Liu.

The highlight of the game came in the second set with the score tied at 19. Each team simply refused to let the other score. Blair's defense was led by freshman Jade Liu and her three consecutive digs. The ball soared over the net eight times before Blair finally won the hard-earned point. According to head coach Christopher Klein, that moment revitalized the team in the process. "When you win a point like that, it gives the whole team energy," Klein said.

Despite the final result, the team excelled in certain areas such as digging and passing. Junior Linda Kang had 15 digs, followed by senior Nika Lilley with 13 and J. Liu with 11. Senior co-captain Libby Wei finished the game with 18 completed serves. 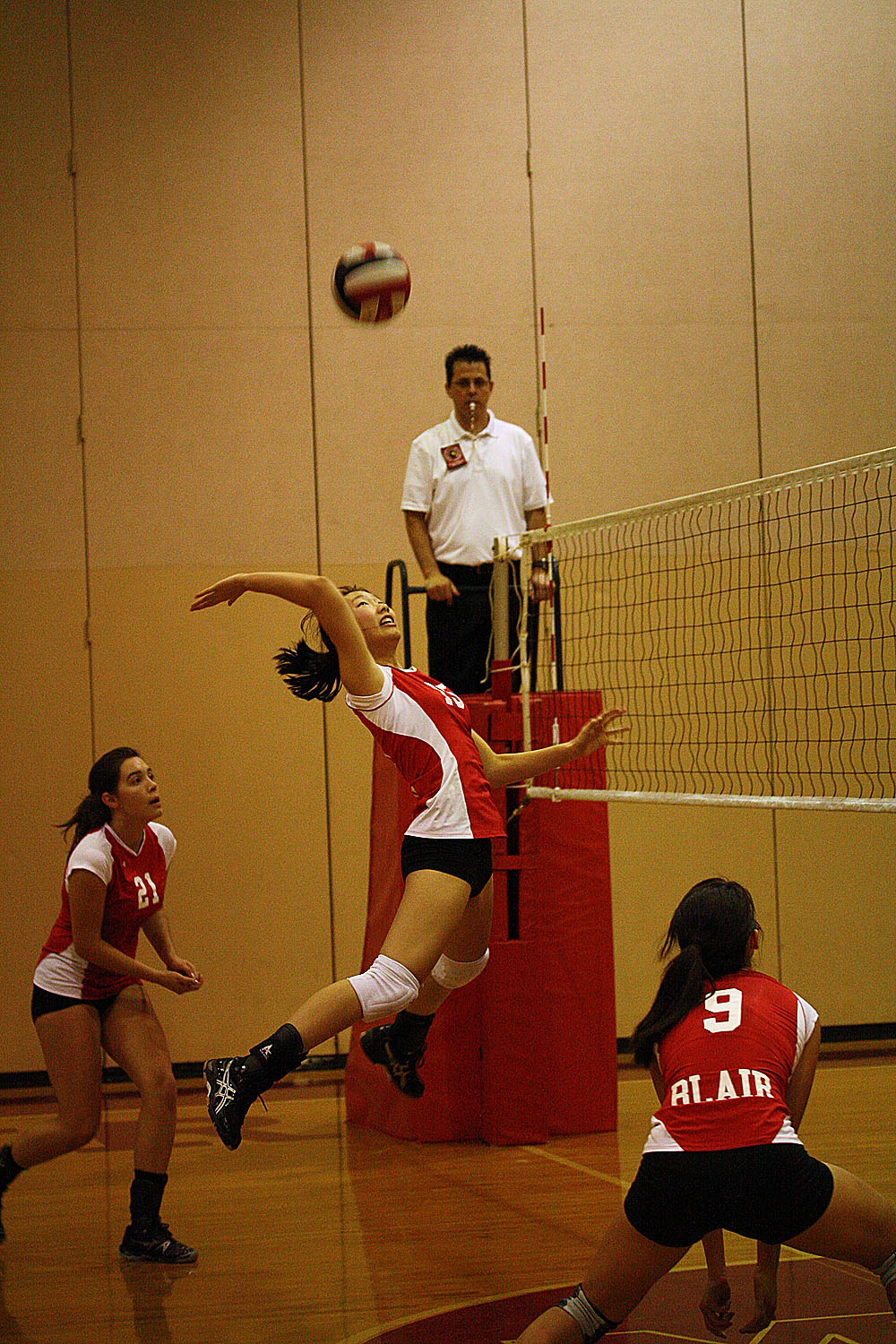 Photo: The Blazers lost 3-0 against the Blake Bengals Friday afternoon.

Photo: The Blazers lost 3-0 against the Blake Bengals Friday afternoon.

According to Klein, the team has a lot to improve on. "Those 11 missed serves,” he said. "That was the difference.” L. Liu echoed her coach's statement. "We could definitely work on communication. Some balls that dropped could have been saved if everyone just talked," she said. "But skill wise, we needed to work on serving; a good serve is the easiest and fastest way to get points."

According to Klein, the largest obstacle is nerves. "We need to work out our nervousness issues," he said. "If we can forget them and breathe, we can win."

The girls' varsity volleyball team will play its next home game on Tuesday, Oct. 11 against Northwood.