A review of all the girls' bathrooms at Blair

The Blair bathrooms: something that every girl has used. 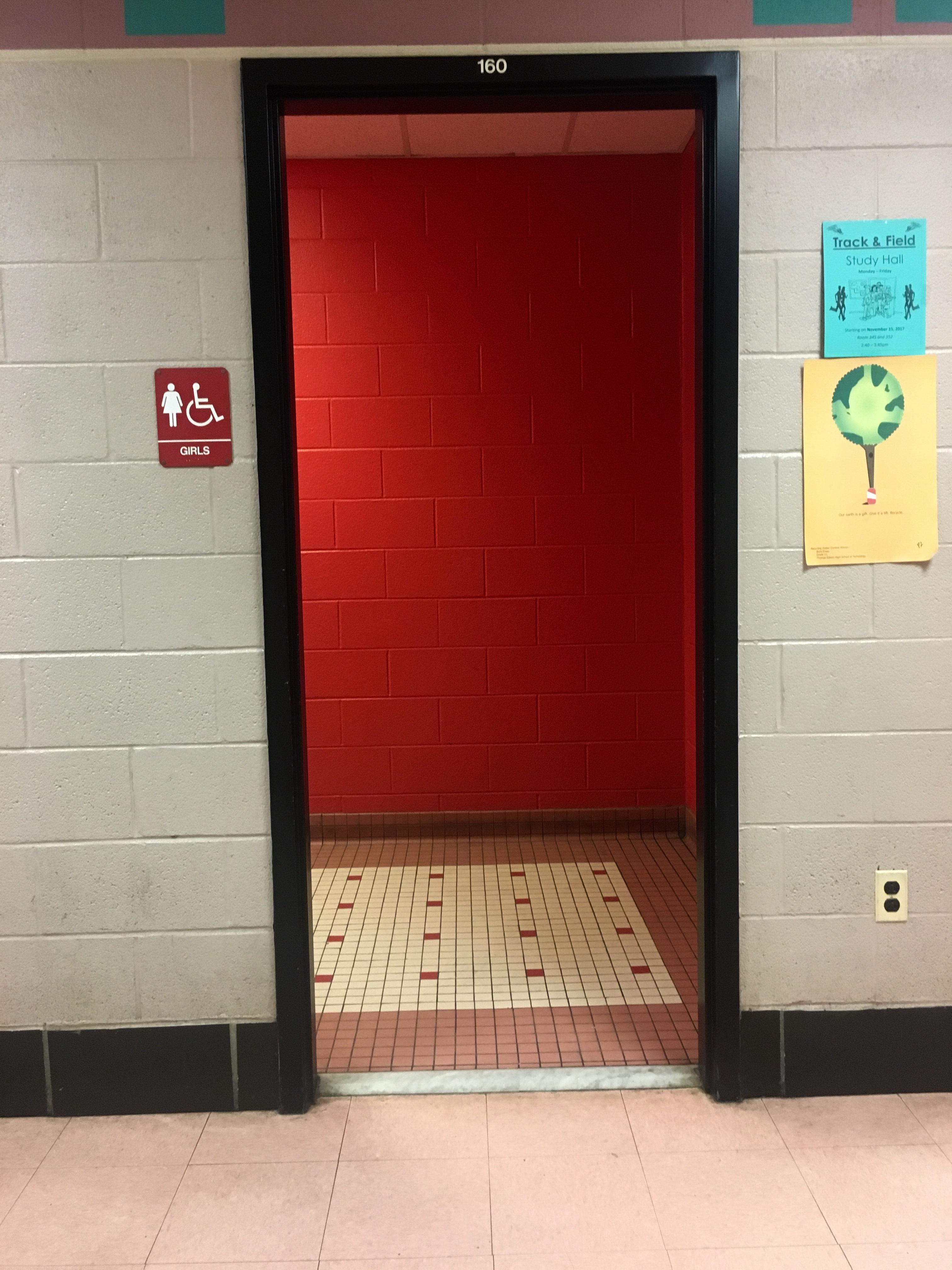 Photo:
You've probably used the bathroom every day, but have you ever thought about which bathrooms are the best? Each girl's bathroom at Blair was reviewed based on a set of quantitative and qualitative standards. The bathrooms were examined for smell and cleanliness. Of the 8 bathrooms at Blair servicing the approximately 1,446 girls, the number of clean stalls, full soap dispensers, full paper towel rolls, and the traffic rate per ten minutes were recorded.

If I had to throw a party in a Blair bathroom, it would be in the art hallway bathroom. The art hallway bathroom is the most spacious bathroom at Blair, as the extra space between the walls and the stalls make you feel less claustrophobic. Overall, the bathroom was clean and fully stocked with paper towels. However, it should be noted that one of the paper towel dispensers usually run out by the end of the week. The bathroom was clean, decent smelling, and had a low traffic rate. Some girls, however, claim that the bathroom gets crowded in the morning. "In the morning I feel like it gets very crowded and you don't get a chance to actually use the bathroom" blazer Odalys Zaldana says. Overall, the arts hallway bathroom is a clean, relatively odor-free bathroom. Just avoid use during the mornings if you don't want to deal with other people.

Avoid the 160s hallway at all costs. If Blair faced a zombie apocalypse, the bathrooms would look like the 160s hallway bathroom. When you walk in, the pungent odor hits you like a brick wall. It feels like you are inhaling a mixture of sulfur and rotten eggs. The smell is so horrible to the point that you can barely stay in the bathroom for longer than two minutes, and the floor looks like a swamp. There is a thin layer of water underneath all the sinks. The water and smell can be explained by the large volume of people that use this bathroom. It also gets wet because there are no paper towels, only hand dryers. To make matters worse, the 160s bathroom is extremely crowded. Even though the traffic rate per ten minutes is lower than other bathrooms, the 160s bathroom has a significant crowd increase during the lunches. The line usually consists of four to five people and sometimes even extends outside the door. It is a consensus among Blair girls that this bathroom is the worst bathroom at Blair. "The most people go to it and you have to wait in line. It also gets dirty very fast," said junior Sarah Kleine. Overall, avoid this bathroom if possible. It is wet, crowded and smells gross.

The 220s bathroom is the swamp of Blair bathrooms. It is extremely hot and humid, and it has an undesirable smell. Besides the smell and heat, everything else in the bathroom is fine, relatively clean, and there are no puddles under the sinks. Some blazers find this bathroom to be on the dirty side. "It's very dirty. Sometimes the bathroom gets clogged up" junior Cordella Coley said. This bathroom is not very crowded during class time, but it does get crowded between bells. When you use this bathroom, make sure to brace yourself for the heat.

The floor of the 250s hallway is a little lake. There is a small puddle of water then starts from the sink and extends all the way to the trash can on the other side. This may be due to the lack of paper towels and the abundance of students. The 250s bathroom is also one of the most crowded bathroom at Blair during class time, having an average of eight people entering per ten minutes. One complaint girls have is not having enough toilet paper. "There isn't always toilet paper, so I have to check before I go," junior Kayla Wellage said. When you use this bathroom beware of the water, and brace yourself for a crowd. 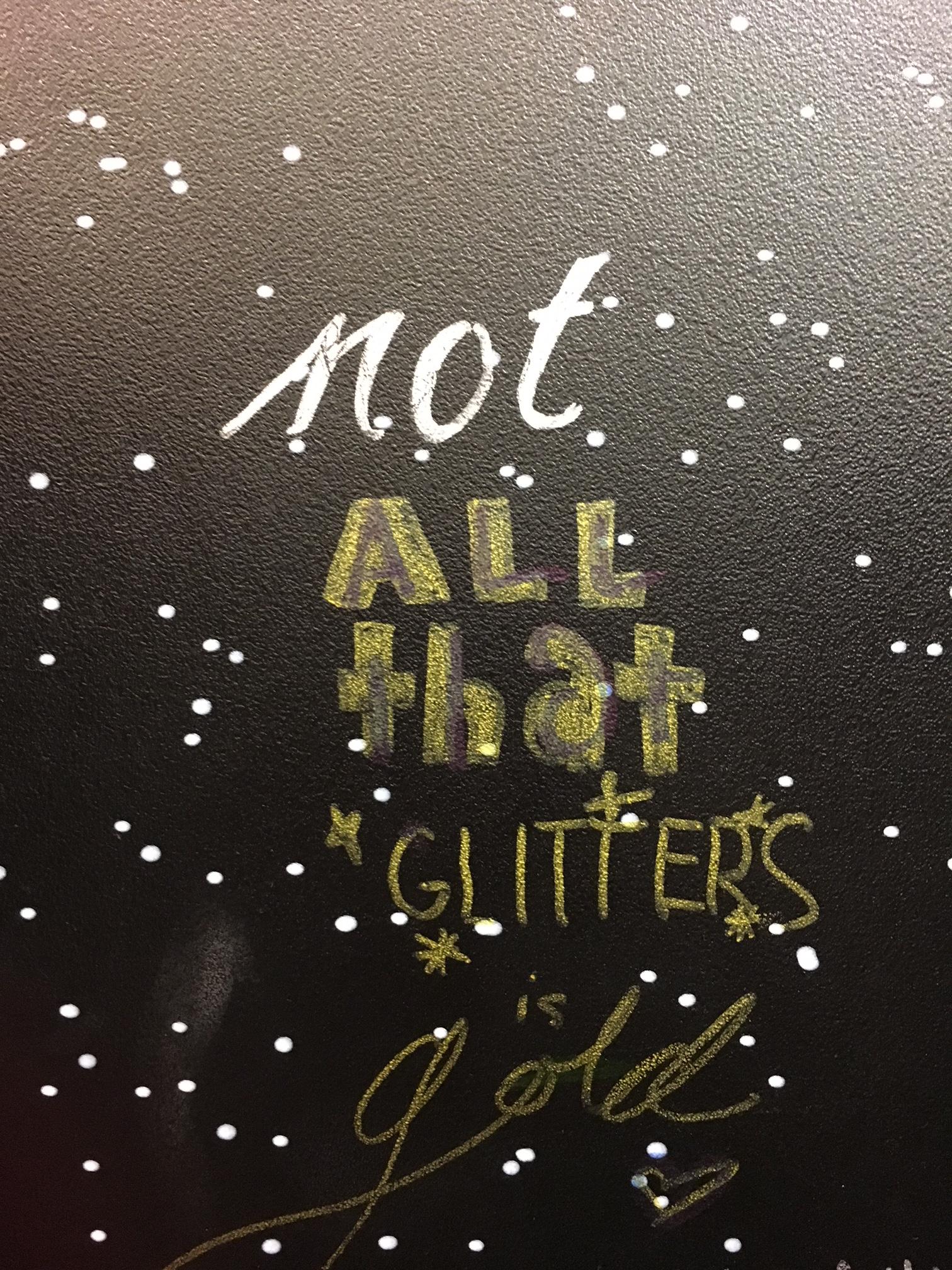 The 310s hallway is the paradise of bathrooms. It is very clean, there's no water on the floors or strange odor, and it is fully stocked with paper towels and soap. Regarding cleanliness, the 310s bathroom is one of the best at Blair. Another perk of the 310s bathroom is that is it also relatively empty, only having three people enter per 10 minutes. "It's probably the cleanest one, and I personally like it because there are fewer people," said sophomore Jenny Granados. If you like peace and quiet, the 310s bathroom is the way to go. It also has the most inspirational bathroom graffiti, such as, "If you know you did your best, you did." And "Not all that glitters is gold." If you need a little emotional pick-me-up, go to the 310s bathroom.

The 350s bathroom is the 310s bathroom's slightly uglier sibling. It is sanitary for the most part, there are no puddles on the floor, and it is relatively clean and traffic free. "There's usually not a lot of people there and it's usually the cleanest one," said senior Jennifer Garcia. However, when checking out the stalls, there was an overpowering, unpleasant odor coming from the fourth stall. However, the odor only encompassed that specific stall- the rest of the bathroom was mediocre, so the smell issue is probably an issue that is specific to the day. This bathroom is also slightly hotter than the other bathrooms. Despite the odor, the 350s bathroom is probably the second best bathroom at Blair, runner-up to the 310s bathroom.

The girl's bathroom is a bath and body works in disguise. When you open the doors you are hit with a wall of perfume. However, all those sweet aromas disappear by the time school ends and the sports teams come in. Many athletes use this locker room to change after school, which causes the bathroom to get really hot and smelly in addition to the long line. Athletes: beware of the humidity and the smell.

After reviewing all the bathrooms, it can be concluded that the 310s hallway is the best bathroom at Blair. It is clean, scent-free, and filled with motivation. On the other hand, the 160s hallway bathroom is officially crowned the worst bathroom in Blair and is the bathroom equivalent of a swamp. Overall, the Blair bathrooms are surprisingly nice considering the number of people that use it. The least crowded bathroom had a traffic rate of three people per ten minutes, meaning that over 108 people used it during the day (not including the people who use it during the passing time between class). Building services do their best to clean the bathrooms every night and should be commended for the great job they're doing.