The ballots have closed, but memories live on 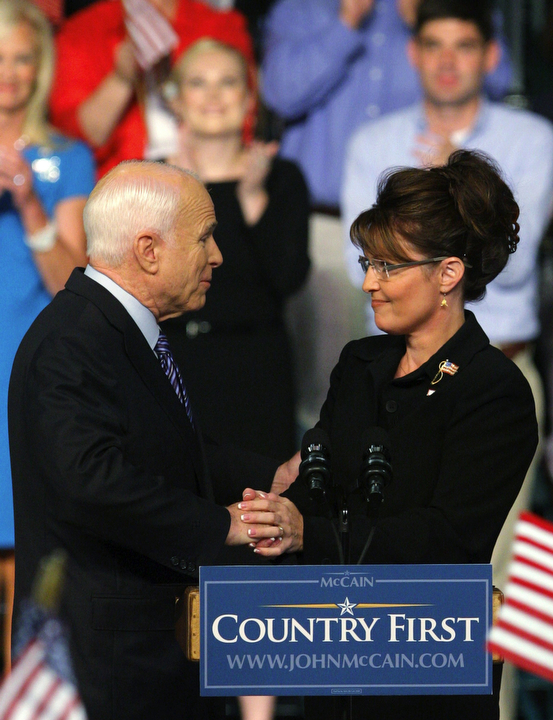 10. McCain denied song after song…after song
One artist speaking out against his music being used for a campaign is embarrassing enough. But to have artists repeatedly objecting to the use of their music in Senator John McCain's campaign must have been quite mortifying for him – but quite hilarious for his opponents. Different artists continually released statements claiming McCain had no right to use their songs in his ads. In February, singer John Mellencamp, an ardent Democrat, started the trend when he opposed to McCain's use of his songs "Our Country" and "Pink Houses" during his campaign rallies. After that, McCain was asked by Heart, Mike Myers and Foo Fighters to not use their material in his campaign. What's worse, Jackson Browne filed a lawsuit against McCain and the Republican Party for the use of his song, "Running on Empty," against his approval. McCain may not have had the blessings of the left-leaning members in show biz, but his message still came across strong amongst his supporters.

9. Biden's description of Rudy Giuliani
Vice President-elect and former Senator Joe "Foot-in-mouth" Biden isn't exactly known for his tactful or deliberate words. Remember the Dunkin' Donuts quote? Or how about asking a paralyzed Chuck Graham to stand up at a rally? But there is no denying the brilliance of some of this man's responses. The best quote said during this presidential race is no doubt Biden's witty and surprisingly apt description of Rudy Giuliani's contribution to American politics: "There's only three things [Giuliani] mentions in a sentence - a noun and a verb and 9/11...there's nothing else." So very true.

8. Joe the Plumber
Not everyone is lucky enough to be picked as a representative of the middle class. Joe Wurzelbacher was just another average citizen, who just happened to be around when President-elect Barack Obama campaigned in Ohio. Wurzelbacher told Obama about his plans on buying the plumbing company that currently employs him and pointed out how Obama's tax plan would prevent Wurzelbacher from buying the company. Wurzelbacher's opportunity to question Obama on his proposed tax plan gave McCain just the chance he needed to attack Obama's economic plan during the third and last presidential debate later that week. Hence, "Joe the Plumber" was born, becoming a major talking point during the final debate. Wurzelbacher suddenly became a mini-celebrity himself overnight. And for what? For asking a simple question of the presidential candidate. Now, just admit it. It's okay to be jealous. Who wouldn't want to be known for the rest of their life as "Joe the Plumber?"

7. Hillary's "18 million cracks" speech
Although the final race was between McCain and Obama, no one should forget the race between Hillary Clinton and Obama during the primaries. Clinton and Obama each contended to become the first woman or first black man in the White House respectively. Despite giving her all in her campaign, Clinton was still defeated in the end. But her concession speech ended her campaign with a grand finale. During the primaries, Obama and Clinton disagreed on quite a few issues and had some nasty face-offs, resulting in a lot of tension. Yet Clinton managed to reseal the gap that had begun to divide the Democrats with her "18 Million Cracks" speech. With her inspiring and sincere words, Clinton accepted defeat gracefully while also congratulating the American citizens on how far they have been able to come to be possibly electing a female or black president. Now that America has managed to push through the barrier of race, it is certain that Clinton's elegant concession speech will go down in history and eventually inspire a woman to break the glass ceiling one day. 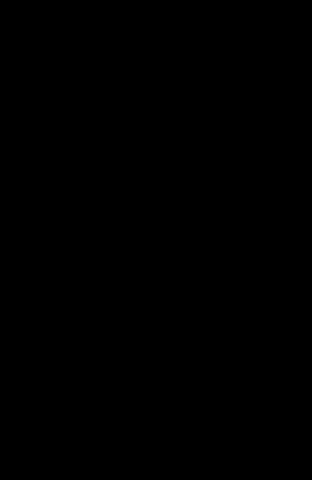 Photo: President-elect Obama with family after the end of his victory speech. Picture courtesy of the Times, South Africa.

Photo: President-elect Obama with family after the end of his victory speech. Picture courtesy of the Times, South Africa.

6. Obama's "A More Perfect Union" Speech
Obama's former pastor Jeremiah Wright caused a massive uproar with his denouncement of the United States government, alleging the U.S. has been allowing heinous racial crimes. Many condemned Obama for continuing to value Wright's support, under the false impression that Obama may be supporting such inflammatory statements. Obama's ardent protests were of no avail – it was time for drastic measures. Addressing the subject of race for essentially the first time, Obama stated that the behavior of Wright embody the faults every American is guilty of – like his grandmother, who loved Obama dearly but voiced her fear for black men on more than one occasion. Obama also continued to maintain his assertion that America's focus should be on unity, not on racial divides. The combination of the message, the rhetoric and the tactful and clear way Obama asserted his position, the "A More Perfect Union" speech stands right next to "I Have A Dream" as one of the most important speeches on American race relations.

5. Colin Powell endorses Obama
Republicans and Democrats alike were stunned by Powell's endorsement of Obama on "Meet the Press." Powell lauded Obama for his style, rhetoric and efforts to reach all across America and criticized McCain's choice of Governor Sarah Palin (R-Alaska) has his running mate as well as the tactics used by the GOP to discredit Obama. Addressing the fact that his own party members "dropped" hints of Obama being a Muslim, Powell went where no other prominent politician had gone before and said, "So what?" Powell proceeded to tell a moving story of a Muslim soldier who died fighting for America. He asked America if it is right to deny a Muslim boy a dream of becoming president. Kudos to Powell for his brave, eloquent and well-reasoned case for his endorsement.

4. The Ayers-Obama controversy
Contrary to popular belief, it wasn't McCain who started all this hoopla about Bill Ayers, but Clinton during the presidential primaries. The topic was buried until after October, when the McCain camp relentlessly exploited Obama and Ayers' "relationship" through attack ads, robocalls, mass mailings, speeches by McCain and Palin and much more. The Republican Party even made a mock Facebook page, showing that Obama's alleged connections with the former Weatherman through made up profiles. Seriously, GOP? The fact of the matter is that Obama and Ayers's connection doesn't stretch further than serving on the same board so many years ago and it was unfair to make such insulting implications. This pettiness goes down as the lowest of dirty politics shown this election. 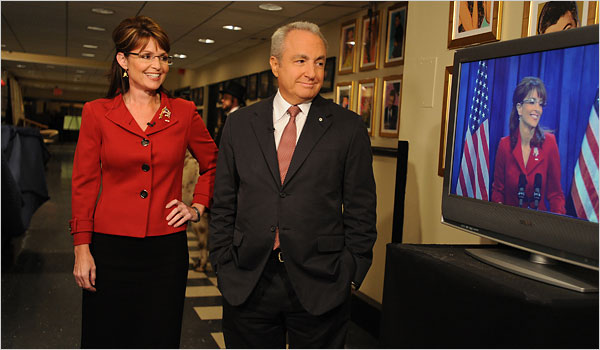 3. "Saturday Night Live" spoofs
No one will ever be able to look at Tina Fey again without having the image of Sarah Palin burned into his or her mind. While the campaign was intense, "Saturday Night Live"'s political spoofs on the campaign lightened everyone's hearts. Fey stunned and amazed her audience in "SNL"'s season premiere with her uncannily accurate imitation of Palin in style, words and actions. Of course, their eerie resemblance helped as well. After a few more cracks at Palin, the big break for "SNL" came when Palin appeared on the show with Fey and "SNL"'s ratings reached a 14-year high. Although "SNL" found more things to parody on the red side of the campaign, the Republicans were always good sports and amiably allowed "SNL" to give Americans quite a lot to laugh at. McCain himself was also a participant on "SNL" and was arguably funnier than Palin. With the campaign finally over, "SNL" campaign spoofs will probably be the one thing everyone will miss the most.

2. Governor Sarah Palin's nomination
Let's be honest here. Who here, unless you're an Alaskan, had heard the name Sarah Palin before McCain introduced her as his running mate? But, in just a few months, Palin has made a lasting name for herself - and not just as the first woman on the Republicans' presidential ballot, but also as one of the biggest forces in the 2008 presidential campaign. A rabble-rouser she was, but those naysayers couldn't help but question her readiness to be second-in-command. And then there was the unyielding press: from her daughter's pregnancy to the Walt Monegan scandal, Palin just couldn't catch a break. Having been at the receiving end of much criticism and many jokes, Palin has still managed to survive this presidential campaign in one piece, picking up quite a bit of fame and experience along the way. Who knows, she may even win the Republican nomination in the 2012 election - though let's hope she will have picked up more foreign policy experience by then.

1. President-elect Barack Obama
After heavy and painstaking deliberation, this moment narrowly won the number one spot for the most memorable moment of this election. Just kidding. This is a moment that will go down in history. Running a pretty darn impeccable campaign, Obama got people excited about politics again – boy, did they Barack the vote. Obama triumphed over McCain – props to the man for his gracious concession speech – in a 364-163 landslide victory, turning eight former red states blue, most surprisingly Indiana and Virginia, which had initially appeared to be going to McCain. And, oh yeah, he is the first black man to do so. Hopefully Obama's promise of a new America can become a reality, but for now, many are just content with celebrating the beginning of a new era.