Talented teachers practice passions that translate into the classroom

When Dewey Finn (Jack Black) walks into a private school classroom of fourth graders in the 2003 release "School of Rock," his students have no idea that their temporary teacher spends his time playing in a hardcore rock band. While Blair Boulevard may not be graced by wild substitutes who moonlight as punk stars, the staff of Montgomery Blair carries an impressive, varied resume of personal hobbies. 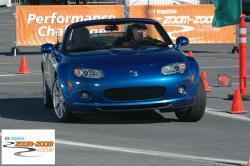 For these teachers, having a hobby outside of teaching provides relaxation away from the stresses of the job. For many, personal interests also carry into the classroom, influencing student-teacher relationships, teaching style and classroom dynamics.

Around the world and the track

Though his rambunctious personality is a hint that social studies teacher Lansing Freeman is not one to sit on the sidelines in life, few students would guess that his latest hobby is race car driving. Freeman took up this unusual activity over this past summer. He trains at Summit Point, a race track in West Virginia, and has gained experience by attending many high performance driving events sponsored by name-brand cars such as BMW and Mercedes. "I've been learning from professional race car drivers how to drive race prepared cars to the limit on road race courses," he says.

So far in his short tenure as a race car driver, Freeman has already driven many top-of-the-line vehicles. "I've driven BMWs, Mercedes, Mazdas, corvettes and mini coopers," he says. 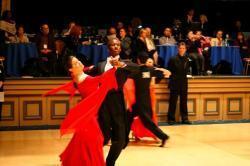 Photo: Science teacher Jennifer Vestal has been an avid ballroom dancer since she picked up the hobby in college. Photo courtesy of Vestal

Photo: Science teacher Jennifer Vestal has been an avid ballroom dancer since she picked up the hobby in college. Photo courtesy of Vestal

Unlike Freeman's past time, chemistry teacher Caitlin Sullivan's hobby – geocaching – may not be featured on ESPN or popular television networks. Geocaching is a real-life adventure game in which participants hide caches – usually containing a logbook and several priceless items – all around the world; the locations of these caches are tracked on web sites, and participants seek them out using Global Positioning System (GPS) handheld receivers.

Sullivan began geocaching after a friend recommended the activity. She can usually be spotted in the D.C. and Maryland area, but her experience includes locations such as Hawaii, St. Louis and, strangely enough, a graveyard. "There was one [cache] I found in a cemetery that had its own grave. There are some really tricky ones," she says.

With race car season approaching rapidly and his first race of the season scheduled for June 20, Freeman has plans of his own to get prepped. "Now I'm preparing for this event by improving all the safety systems within the car," Freeman says. On the first day of spring break, he will have a roll bar installed on the car to aid in the event of a rollover.

For science teacher Jennifer Vestal – a ballroom dancer – every afternoon after teaching is used in preparation for upcoming competitions. "Our next event is in April. This event is pretty big because it is a national competition. I really have to put a little extra in now," she says. Even when not in training for a major competition, Vestal practices dancing regularly. "Everyday I practice at various dance studios in the area," she says. 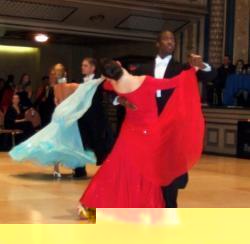 Photo: Vestal's ballroom dancing has made her a more "kinesthetic" teacher. Photo courtesy of Vestal

Photo: Vestal's ballroom dancing has made her a more "kinesthetic" teacher. Photo courtesy of Vestal

Vestal began dancing in her college days at the University of Maryland. "There was a recruiting activity fair at Maryland and ballroom dancing caught my interest. I've been doing it ever since," says. Since then, she has remained a member of the club she joined while at Maryland and has helped organize major area competitions such as the D.C. Dancesports Inferno and the Baby Bam Jam.

For Sullivan, there is no anticipation for upcoming races or competitions – the science teacher is currently in Naples, Florida for a week to search for new caches along the beach. "I'm thrilled to add new areas and states on my geocaching list," she says of the trip. With the constant quest to visit new locations and the unpredictable excitement of finding new caches, geocaching is a timeless activity for Sullivan. "That's the great thing about this hobby – you can do it forever."

Hobbies in the classroom

While Sullivan takes her hobby around the world, she and other teachers consistently bring their passions back to Blair and into their classrooms. Freeman believes that his experiences on the racetrack have made him a more interesting teacher. "Just like diversity is valuable in education, a diverse group of teachers makes for a more interesting learning experience," he says.

Science teacher Leslie Blaha allows her hobby of photography to have a more direct effect on her teaching – she takes pictures in the classroom. Blaha photographs her students as they perform labs, believing that the picture-taking – what some science teachers call the "paparazzi" – helps create a more energetic atmosphere. "My kids like getting their pictures taken. The kids think class is a lot more fun when I take pictures," she says. 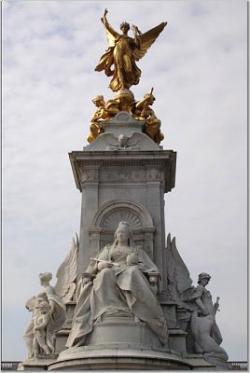 Blaha has been involved in photography since she started taking pictures of her friends at dances in high school. She now continues to focus on photographing events, which mostly take place over the summer. "I'm not a professional photographer. I mostly work off of referrals. I love taking pictures of events like weddings, so it's a little slow right now."

Although Sullivan and Vestal say that they do not directly bring their hobbies into the classroom, their outside passions give them something to look forward to outside of school and influence their teaching styles.
Vestal believes that she has become a more "kinesthetic" instructor since she picked up ballroom dancing. "I teach students how I would teach a dance lesson," she says. "It affects the language you use and how you explain things."

By bringing experiences and influences from such a broad range of activities to the classroom, Blair teachers showcase their diverse array of talents. "It's important to recognize that just like Blair students, Blair teachers are a diverse group with diverse interests," Freeman says.