Bieber drops his voice, but not a hit 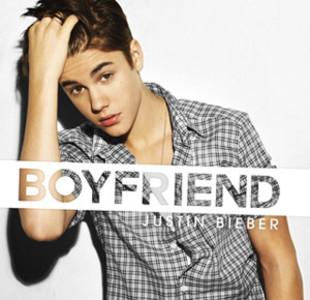 Now that his voice seems to have dropped a few octaves since "Baby," Justin Bieber is making it loud and clear that he is no longer a kid with his new single, "Boyfriend." Unfortunately, Bieber moved a little too fast in trying to become the next Justin Timberlake with this song, and it's our ears that take the hit.

To start, "Boyfriend" contains empty lyrics: "Tell me what you like yeah, tell me what you don't." Okay, let's start with what I don't. The lyrics lack meaning, as exemplified by, "Make you dance a spin and a twirl and voice goin' crazy on this hook like a whirlwind/Swaggie." This line alone damages the song considerably. To be fair, Bieber isn't exactly famous for his profound lyrics, but at least some of his songs, like "One Less Lonely Girl," have a sweet message.

However, the track's futuristic beat and catchy pre-hook slightly make up for its lacking lyrics. Perhaps this new sound is a precursor of what is to come on his upcoming album, "Believe." Furthermore, while Bieber's courage to branch out from pure vocals is appreciated, rapping is clearly not his forte and he should steer away from it in the future. His falsetto on lines like "I'd like to be everything you want" proves that he still has the impressive vocals needed for another sing-along hit. Now he just needs to release one.

You can listen to "Boyfriend" here.