Jacob Lurie won for his work in mathematics

On Sept. 17, Blair graduate Jacob Lurie was among the 21 people named a 2014 MacArthur "Genius" Fellow. Lurie, along with the other fellows, will earn a stipend of $625,000 from the John D. and Catherine T. MacArthur Foundation. 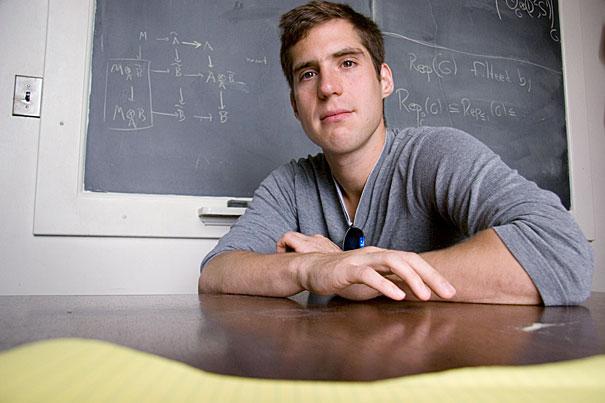 Photo: Blair alum Jacob Lurie is currently a professor of mathematics at Harvard.

Photo: Blair alum Jacob Lurie is currently a professor of mathematics at Harvard.

Lurie graduated from Blair's Magnet Program in 1996. He went on to receive his Bachelor's degree in mathematics from Harvard College and earned his P.H.D from the Massachusetts Institute of Technology. He is currently a mathematics professor and researcher at Harvard University. "In my research, I study algebraic topology, which is the study of shapes and algebraic geometry, which is the study of polynomial equations. My work concerns how those two fields interact with each other,” he said in a video.

The Macarthur 'Genius' award is a yearly award given to individuals who share their original ideas with the world. "We are recognizing creative individuals with a track record of achievement and the potential for significant contributions in the future," explained the Fellows program in a press release. Cecilia Conrad, Vice President of the MacArthur Fellows Program, explained how the winners are innovators who encourage us to use our creativity and imaginations. "They expand our view of what is possible, and they inspire us to apply our own talents and imagination," she said.

The fellowship doesn't require any application or prerequisites and is open to any resident of the United States: in fact, the fellows aren't aware when they are considered for the honor. "I just answered the phone. I certainly wasn't expecting this prize," Lurie said.

Lurie's creativity that helped him win the award comes from his love of math. "Math is like a playground with toys that the human mind can play with," Lurie said. He compared math to a 'large number of interconnected stories' that he shares with other mathematicians. "One of my jobs is to take one or multiple of those stories that I understand well and try and tell them in a way that other mathematicians can appreciate and enjoy," he said.