Cause of accident still unknown

Parts of this article are original reporting. Information has been compiled from The Gazette news article "Man killed after running car into utility pole" and the NBC4.com news article "Crash Kills Man In Silver Spring." 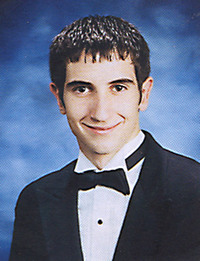 Howard "Griff" Preston Griffin IV, a 2003 Blair alumnus, died this morning after his vehicle spun out of control and hit a utility pole. The crash occurred around 3 a.m. on Colesville Road near Franklin Avenue.

Griffin was heading northbound on Colesville Road and was approaching Leighton Avenue when the crash occurred, according to Montgomery County police. Griffin was pronounced dead at the scene.

According to police, Griffin had been out with a group of friends preceding the accident. His friends, who were following in a second car, discovered the crash. They called the police upon arriving at the scene.

The Montgomery County Department of Police found traces of alcohol in Griffin's blood. Griffin's body is currently undergoing an autopsy.

The Griffin family will be holding a funeral service Monday, Jan. 15 at 11 a.m. at the Silver Spring Presbyterian Church, 508 University Blvd. East, in Silver Spring.