To Maneesh Agrawala, it was any other day. Agrawala, Blair class of 1990 graduate, was up early working on a project at his University of California, Berkeley laboratory. While he was working, the telephone rang. Little did he know that this phone call would change his life. 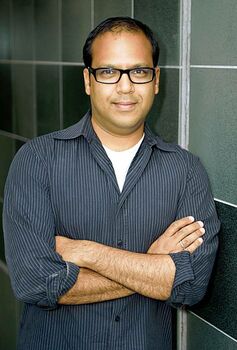 As the conversation on the telephone continued, however, his casual demeanor changed to one of shock and surprise. It was the director of the MacArthur Fellows Program - Agrawala was officially a 2009 MacArthur Fellow, one of highest honors in the nation.

Honored with the top

The MacArthur Fellows Program, nicknamed the "Genius Award," is sponsored by the John D. and Catherine T. MacArthur Foundation. The program seeks to support "creative people and effective institutions committed to building a more just, verdant and peaceful world," according to the MacArthur Foundation website. Fellows are awarded $500,000 for creative and exceptional pursuits with "no strings attached."

On Sept. 22, 24 MacArthur Fellows were named, ranging from a photojournalist, to an applied mathematician, to an ornithologist. Agrawala was given the award for his comprehensive work dealing with visual displays and computer graphics. His research focuses on using cognitive psychology to recognize design principles of graphical illustrations.

In order to be considered for the fellowship, fellows were nominated by anonymous members on the MacArthur Fellows board, according to the MacArthur Foundation website. Occasionally fellows are aware that they have been nominated, but for Agrawala, the nomination and win came as a surprise. "I'm grateful to the nominators, but also all my collaborators. This reward recognizes those people," he says.

Journey to being a "genius"

Although Agrawala was shocked to be receiving the MacArthur grant, his entire life has been committed to the creativity and knowledge the MacArthur Fellows Program looks for. Ever since he was young, Agrawala was interested in math and computer science. Agrawala recalls that seeing his father teach computer science at the University of Maryland influenced his interest in the field.

Agrawala took his love of these subjects to Takoma Park Middle School's Math and Science Magnet Program, where he excelled in math. Agrawala took part in the Pythagorean Division of the Continental Mathematics League, and with other eighth grade team members, the team won the first place at the regional level.

From 1986 - 1990, Agrawala continued these pursuits, enrolling in Blair's Magnet Program and furthering his interests in computer science and math. "The Magnet was really great," Agrawala says. "The Magnet was able to put me on my set path and helped me understand concepts." 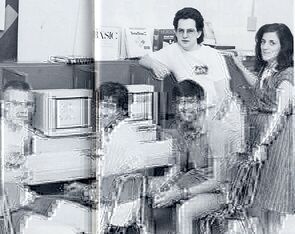 Photo: Agrawala (third from left) competed with a team of four in the "SuperQuest - The High School Supercomputing Challenge" when he was a junior in Blair. Picture courtesy of SilverLogue.

Photo: Agrawala (third from left) competed with a team of four in the "SuperQuest - The High School Supercomputing Challenge" when he was a junior in Blair. Picture courtesy of SilverLogue.

Agrawala's residency in the Magnet was quite notable. He was a finalist in the Intel Science Talent Search competition and had an interest in writing. However, his biggest impact on Blair came in 1988. Along with Sven Khatri, Dan Mall and Howard Gobioff, all in Blair's class of 1990, he took part in the first national "SuperQuest - The High School Supercomputing Challenge," according to notes from the Board of Education. The team won second place out of 1,480 high schools nationwide, winning Blair a Cyber 910 workstation. What's more, Blair received its first-ever direct connection to the Internet, making it the first school in Montgomery County to have Internet access, according to the Magnet Foundation. The connection even initiated the mbhs.edu domain that Blair still uses.

Agrawala's work later led him to the Microsoft Corporation for three years, which was an exceptional experience. "I studied human-computer interaction and visualization there," he says. However, it was his love of research and teaching that led him to the University of California, Berkeley.

Currently, Agrawala is an Associate Professor of Electrical Engineering and Computer Science at Berkeley. Specifically, he investigates cognitive design processes. "My work tries to understand how people make sense of large volumes of data and information through visual displays," Agrawala says.

Photo: Agrawala was awarded a $500,000 grant for his studies in visual displays. Picture courtesy of MacArthur Foundation.

Photo: Agrawala was awarded a $500,000 grant for his studies in visual displays. Picture courtesy of MacArthur Foundation.

Agrawala likes seeing his research in applications, but he has no objections when his work has no immediate impacts on the world. "The research you do is looked by people within your community," he explains. However, he believes it is satisfying when "some of it [his work] has gone out to software."

With the $500,000 grant, Agrawala would like to carry on his work in visual displays. He also plans to use the money to look into several other fields. "I'm interested in other ways of conveying ideas and stories, for example, how people tell stories in radio and print," he said.

For the time being, Agrawala plans to continue working at Berkeley. "I like here a lot," he says. "There's many things I'm interested in that I wish to continue studying."

In being named a MacArthur Fellow, that wish will certainly come true.