Blair alumnus publishes novel about being in the CIA

In the middle of a written test on explosives, CIA spy-in-training Lindsay Moran is suddenly taken out of class and blindfolded. An hour later, she finds herself in a car as masked men leap from the shadows and pound on her windshield, shooting off rounds from an AK-47 and yelling threatening obscenities. As one of the men starts to enter the back of her car, Moran floors it and the vehicle surges forward, smashing through two parked cars.

"What the hell am I doing with my life?" Moran thinks to herself as she pauses to catch her breath.

Moran passed her defensive driving exercise and went on to successfully complete her instruction at The Farm, the CIA's training facility in Williamsburg, Virginia. A Blair alumnus and former Silver Chips editor-in-chief, Moran (class of 1987) spent three years as a CIA case officer in Macedonia. She chronicled her less-than-glamorous experiences working for the agency in her first novel, "Blowing My Cover: My Life as a CIA Spy and Other Misadventures," released in January. 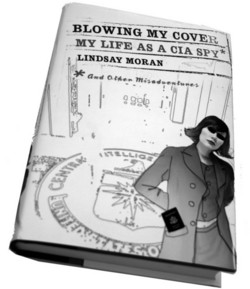 Even before Moran arrives at her book signing inside the Georgetown Barnes & Noble on Jan. 12, eager readers fill all available seats. Many of Moran's family, friends and colleagues overflow into the standing room in the back, much to the chagrin of a nervous-looking C-SPAN cameraman carefully guarding his equipment.

"Would you look at the turnout?" whispers one friend to Moran's mother, Agnes Moran.

Agnes smiles and nods, impressed. "I know!" she says proudly. "She was sold out at Kramer's [Bookstore], too."

As a member of Blair's graduating class of 1987, Lindsay Moran's potential was evident even in high school. According to the Silver Chips 1987 senior superlatives list, Moran was voted "Most Intellectual," "Wittiest" and "Most Likely to Succeed" by her classmates.

During her time as a staff writer and editor-in-chief of Silver Chips, she wrote a wide variety of compelling articles for publication. She tackled both serious issues like teenage abortion and Vietnam refugees as well as lighter topics like shopping mall Santa Clauses. Moran's humorous articles, like one she wrote about acute klutziness, "Blazer bleeps and blunders," showcase the same dry sense of humor that permeates her first novel.

Although she had always enjoyed and excelled at writing, Moran attributes her interest in journalism to a series of Silver Chips articles about asbestos in school buildings that she co-wrote in junior year with her older brother, Scott Moran (class of 1986). "From that point on, my love of writing - and especially non-fiction writing - grew," she says.

A self-described "classic overachiever," Lindsay Moran was also editor of the yearbook, an accomplished equestrian and a member of the swim team. After high school, she went on to major in English at Harvard College, where she was also her class valedictorian and delivered what she claims was, in retrospect, a "sanctimonious" speech.

The human face of spying

But tonight, Moran is funny and real as she speaks from a podium in Barnes & Noble. Her warm, friendly demeanor seems incongruous to a life of spying. Maybe a brilliant researcher (she was a Fulbright scholar after college) or a teacher (she taught English in Bulgaria as well).

After reading two excerpts from her book, Moran discusses her motivation for writing her novel. "I wanted to write a book about the CIA that wasn't just for Intel wonks," she says. In an e-mail, Moran adds that she strove to write from a more interesting perspective than other CIA memoirs do. "I realized that there were [no memoirs] written by female spies, nor any written by someone of my generation," she writes. "I wanted the book to be funny and personal and also to put a human face on 'the average spy.'"

"Blowing My Cover" excels in this endeavor. Moran candidly admits her own foibles, describing herself as "subversive" for such high school troublemaking as lying to her parents and forging absence notes. Her narration exposes a heroine who is self-conscious, endearingly neurotic and not totally immune to the arrogance cultivated among CIA case officers.

According to the novel, CIA employees like her, destined for the Clandestine Services, are constantly praised as "the cream of the crop" - even when they are not. Moran pulls few punches in her appraisal of the agency, bluntly describing the many faults and blunders that left her disillusioned. Her accounts of Frank, a bumbling shoe-salesman-turned-CIA-background-check-officer, and Tornado Sally, a particularly clumsy fellow trainee, are among many anecdotes that debunk the CIA's alluring mystique. 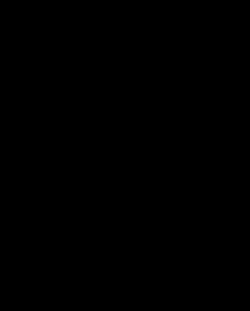 As these unflattering details come to light, Moran describes a growing sense of doubt throughout the recruitment, training and spying process. The secretive nature of her work took a toll on her personal relationships, particularly her love life. And while she knew from the get-go that spying was an inherently deceptive business, her impression of a case officer's day-to-day duties, based on her favorite James Bond movies, were jarringly inaccurate. She soon realized that her job was not to steal foreign state secrets herself but rather to painstakingly convince foreign agents to betray their countries and give up the secrets for cash.

This strategy of collecting information dates back to the Cold War, and Moran's most serious criticism of the agency is of the CIA's lack of adaptation to today's global circumstances, where terrorism in the Middle East poses a far greater threat than now-defunct Communist regimes. Moran spent her three-year post in Macedonia recruiting foreign agents for information on Yugoslavian leaders involved in Kosovan Serb genocide. The tedious recruiting process never netted any truly useful agents for her, attracting instead "small fry" informants with little valuable information.

"They both have the letter 'q'"

On the Diane Rehm talk radio show on Jan. 17, Moran says that the final straw that convinced her to leave the agency was the CIA's reaction to Sept. 11. She was alarmed at the CIA's lack of accountability in the wake of "what was undeniably an intelligence failure," as well as the agency's role in the build-up to war in Iraq.

Moran had hoped that her position within the agency would be an opportunity to fully understand the case for war with Iraq. However, such evidence never materialized. Experienced analysts in the CIA Iraqi operations office repeatedly told her that Iraq had no weapons of mass destruction and was not an "imminent threat" to the United States. When she asked a colleague and top Iraq expert point-blank what the actual connection was between Iraq and Al Qaeda, the expert replied, "They both have the letter 'q'." Although Moran had joined the CIA partly out of a sense of patriotic duty, she found herself even more jaded by "an increasingly partisan atmosphere."

Carving out a new career

Upon leaving the agency, Moran reconnected with her primary passion: writing. In addition to her book, she has written several first-person articles about marriage, pregnancy and other personal experiences for The Washington Post and USA Today. Her articles, "My Big Fat Freak Wedding" and "Why Women Make Better Spies" have also been printed in Washingtonian magazine, which featured "Blowing My Cover" in their monthly book club.

Moran says the education she received at Blair provided the foundation for her writing skills. "I am particularly grateful to Mr. Mathwin (my English teacher junior year) and Dr. Smith (senior year), both of whom were writing 'sticklers,'" she writes in an e-mail.

Although she hopes to write another book in the future, for now Moran plans to focus on raising her new baby with her husband, James Kegley. While she signs books and greets her fans after her book reading, he stands off to the side, chatting with friends about her success. He says that she has no limitations to her ability. "She can do anything she wants," he says, smiling as he looks over at her.

Moran has turned her disillusioning "misadventures" into a highly entertaining book and a promising career, fulfilling the potential that many saw in her as a talented high school writer and journalist. Having begun a new chapter in her life, Moran is optimistic about her future. "No matter how far-fetched your dream might be - becoming a spy, writing a book, starting a business, joining the circus - you have a genuine chance at realizing it," she says. "If that dream ends up being something different than you imagined - as was my experience with the CIA - it's never too late to realize another dream."

An excerpt from the book

"Contrary to the image perpetuated by movies like Spy Game and The Recruit, in which the neophyte CIA officer is played by some breathtaking hottie like Brad Pitt or Colin Farrell " a protagonist who's as introspective as he is hunky and who ultimately recognizes and confronts the moral dilemma presented by his job " most Agency men are self-consciously slick and preternaturally shallow. The male trainees spent hours on coffee breaks debating how best to receive their next promotions."

Lindsay Moran frequently addresses the double standard held against women in the CIA. Many veteran case officers belong to an "old guard" faction, Moran says, that typically views women as weaker, more susceptible to flattery from duplicitous agents and a greater security risk. In this excerpt from "Women in the CIA: Problems and Prospects," Moran discusses why women may actually be better suited for spying.
"Quite simply, most women have been doing this sort of thing their entire lives. As little girls we can identify who are the most popular or important other little girls in the classroom or on the playground. Whose parents let them stay up late, whose backyard has a pool, who has a cute older brother? By the time we're teenagers, girls usually know how to endear themselves to these important people, how to infiltrate the popular cliques, how to appear and act in a certain way, how to say one thing and mean another, and most importantly, how to read people."

Amanda Lee. Amanda Lee is excited to be a junior staffer and page editor this year! When she's not working on Silver Chips, Amanda LOVES "The West Wing," Chipotle burritos, and her family. She is also interested in improving her guitar skills and loves rowing on the … More »