The summer renovations provided an update to Blair facilities

Blair student bathrooms were renovated the summer before the 2015-2016 school year. The school replaced the sinks, toilets, stall partitions and bathroom door locks throughout the building and updated the locker room and health room facilities. The renovations came as a part of a ten-year restroom renovation cycle that is in effect throughout Montgomery County Public Schools (MCPS). 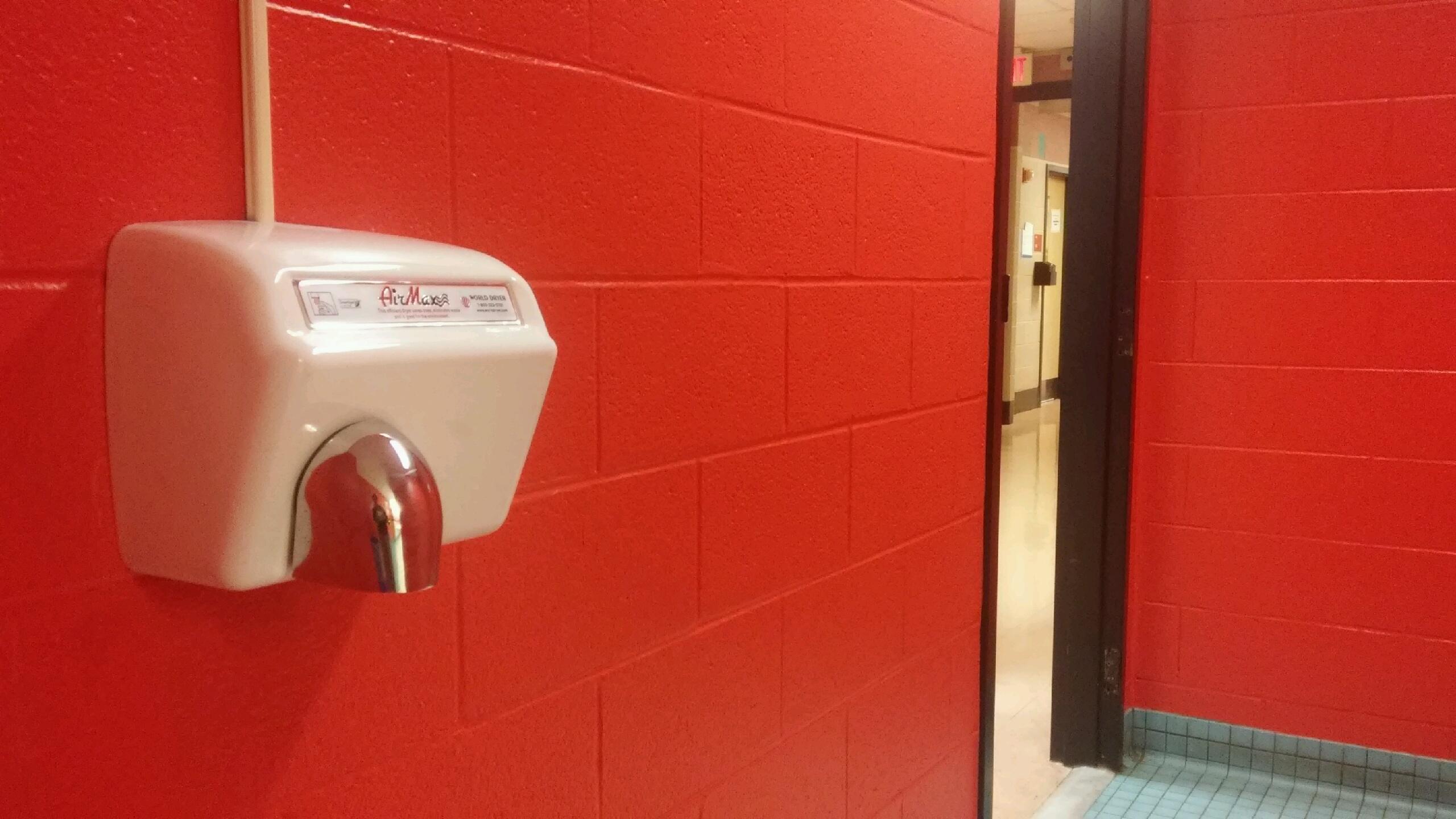 Photo: Hand dryers were installed in the 160s hallway bathrooms as a part of the renovations.

Photo: Hand dryers were installed in the 160s hallway bathrooms as a part of the renovations.

From June 17 to August 1, the school was closed to all student programs while the upgrades were being completed. Principal Renay Johnson rejected an original plan that included a renovation of her bathroom in the main office and instead requested that the funds be allocated to providing hand dryers for the bathrooms in the 160s hallway. "Because I didn't get my bathroom done, they were able to put hand dryers in the bathrooms in the 160s hallway. Kids and guests who rent the building use those the most," Johnson said.

Leftover funds were also used to build a higher partition wall between the urinals and the door in the boys' bathroom facing the main office.

Parents who survey the school at open houses and back to school night usually give the building a favorable rating--with the exception of the bathrooms. Johnson hopes that the renovations done to the student facilities will improve parental opinions about the school. "It'll be nice when, at this back-to-school night or at the parent open house we have in October, people hopefully say 'the bathrooms are new and improved,'" Johnson said.

Senior Alazare Bati noted the changes to the bathroom, which included the removal of the writing on the stall walls. He also hopes that this change will improve opinions of the school building. "A student or visitor who saw that might think that what was written on the walls was offensive so it's good they removed that," he said.