Blair beats the odds in nail biter vs Paint Branch

The Blazers showcased their stellar offense in the second half, finishing the game 25-18 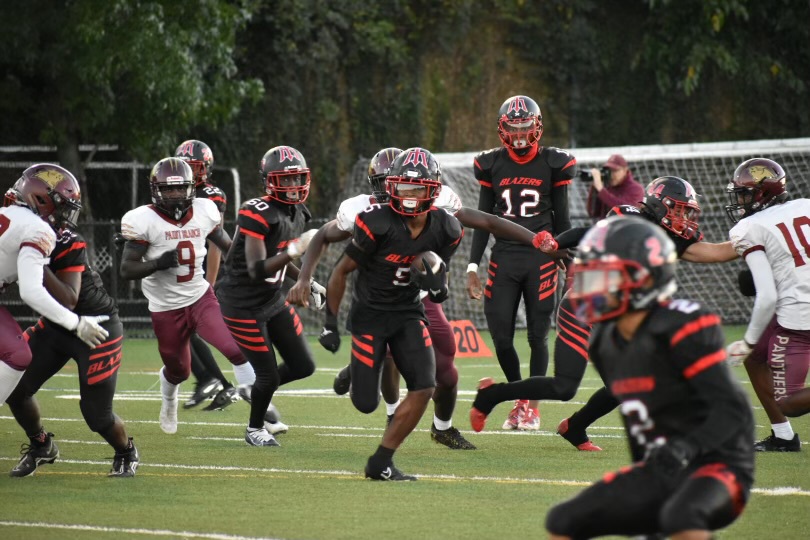 Blair quickly set the tone of the game right from the start. Less than two minutes after the first snap, senior running back Kameron Reynolds casually ran into the endzone to score a touchdown. Shortly after, Blair was unable to score their field goal, a disappointing pattern that would continue throughout the game.

A few minutes later in the game, Paint Branch responded to the Blazers’ touchdown. Senior quarterback Kendell Anderson’s offensive momentum was abruptly interrupted by an interception and they managed to convert it into a pick six. Similarly to Blair, the Panthers were unable to convert their field goal to an extra point, and with 6:34 left in the first quarter, the game was tied 6-6.

The Blazers were determined to not allow Paint Branch to tie in the first quarter. Junior running back Montay Wade picked up the kick off from the Panthers and ran for 15 yards. Blair slowly inched up towards the endzone.

With 4:48 left in the quarter, Anderson was forced to scramble away from Paint Branch’s defense and nearly ended up out-of-bounds. However, Anderson was able to throw a clutch pass to Wade who caught the ball and didn’t look back for 30 yards. The score by the end of the first quarter was already 12-6.

Blair began the second quarter with stellar defense, preventing the Panther’s offense from making any progress with their first four downs. When the Blazers gained possession, their offense was on a roll as Reynolds weaved through Paint Branch’s defense and ran for 20 yards. Unfortunately, this momentum was once again hindered when Anderson threw an interception to Paint Branch at the 25 yard line.

The two teams went back-and-forth for the remainder of the quarter. At one point, the Blazers narrowly prevented Paint Branch from scoring when their running back almost broke through Blair’s defense, but luckily junior strong safety Mikhail Seiken was there to stop the play with a clutch tackle. 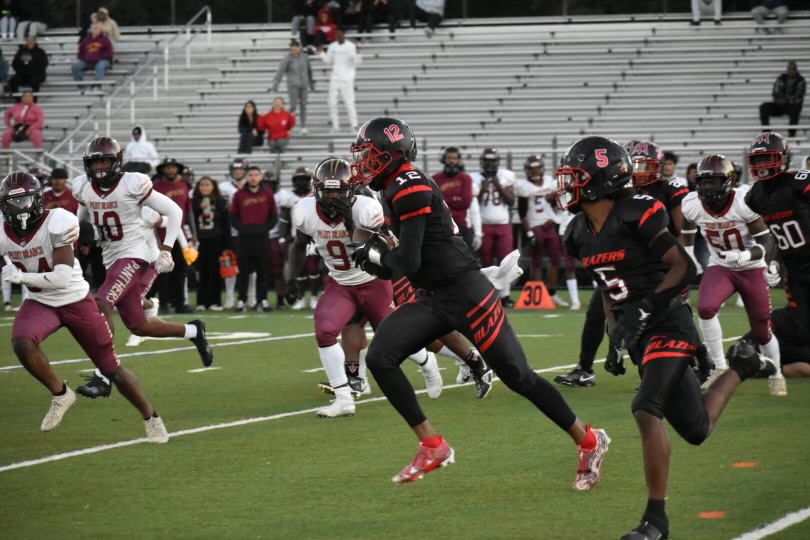 Senior quarterback Kendell Anderson chooses to run instead of pass, reaching first down

Beginning the second half at the 26 yard line, Paint Branch’s quarterback got tackled after a 16 yard rush by Seiken. Seiken struck again on the very next play, taking down the Panthers’ junior running back.

After two back to back successful handoffs by Paint Branch’s quarterback and a nearly successful touchdown, the Panthers were finally able to make it count, with junior running back Roman Spikes completing the play in the endzone. But, after their field goal attempt was blocked by Blair’s senior wide receiver Jamall Worell, the score remained tied at 12-12.

The Blazers’ offensive possession after the Panthers scored was seemingly lackluster, with quarterback Anderson unable to advance from 4th and one. But the Blazers’ defense which ensued practically made up for it. They were able to shut down the Panthers entirely, in a key series of events. The Blazers were able to take down Spikes three times in a row. Every play ended with Blair coming out on top, and the Panthers had no option but to punt after being faced with 4th and 24.

With Blair unable to advance at the beginning of the fourth quarter, and the score tied at 12-12, tensions were high. The Panthers’ shifty running back Mason Flowers was able to maneuver through the Blazer offense before being chased down and tackled by Blair’s Boston Stofa. On 4th and 3rd, Flowers escaped the Blazer’s defense and scored a touchdown, but after an official review the touchdown was revoked. This didn’t stop Paint Branch, though, as they ended up scoring a touchdown just 3 plays later. 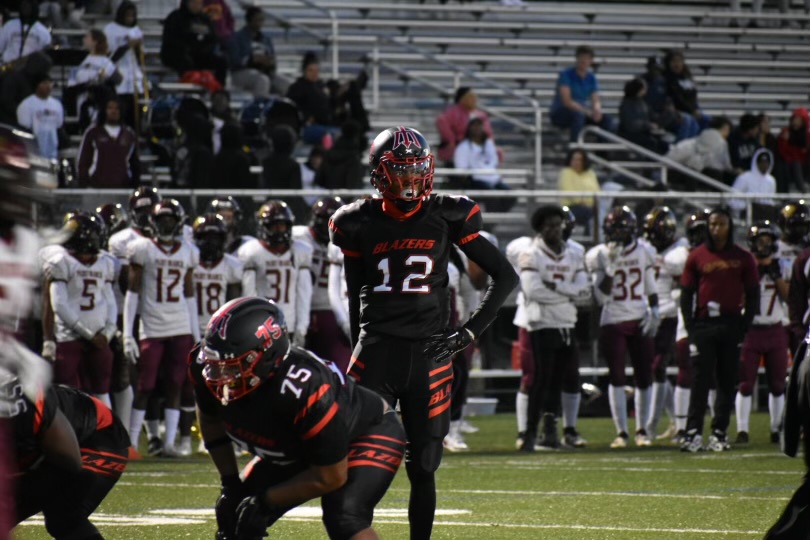 Senior quarterback Kendell Anderson prepares for the next play

Photo: Senior quarterback Kendell Anderson prepares for the next play

The Blazers didn’t let this lower their spirits though. On 3rd and 7th, Anderson made a spectacular pass to Blair senior wide receiver Aven Williams who sprinted right past the Panthers and into the endzone, tying the game at 18-18.

Paint Branch was subsequently met by dogpile after dogpile during their offensive possessions, and the ball quickly returned to Blair’s hands. Immediately, it was clear that the Blazers were going to do anything and everything to win the game. After Blair’s Seiken rushed 40 yards, a handoff from Anderson to Reynolds won the game. Reynolds celebrated his touchdown right in front of the student section, which had gone absolutely berserk at this play. A successful punt made the score 25-18 with 1:58 left in the game. Blair’s defense finished off the Panthers and the Blazers had defeated the Paint Branch Panthers for the first time since 2016.

After the game, Blair head coach Samuel Nosoff explained that he had no doubt Blair would pull away for a victory with only three minutes left to spare in the game. “I knew that we were going to score again. We could do whatever we wanted, we just had to execute.”

After such an important win and an undefeated record, Reynold illustrated how Blair is confident going into these next games. “I knew I was going to come out here and do me. Nobody is gonna stop me when I’m hot.”

Blair’s next game is the homecoming game, which they will play against Blake on Friday, Sept. 30. Tickets can be found here.